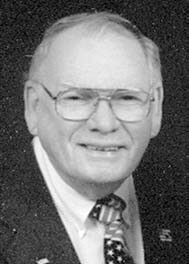 C. GLENN HARTLEY, 83, Sugar Hill, Ga., died Feb. 10, 2015. A 1950 graduate of Blount High School in Allgood, he attended Snead Community College and retired from Allstate Insurance as a commercial fire underwriter with 36 years of service. He worked as a doorman for the Georgia House of Representatives, was a poll manager for Gwinnett elections, and worked as a greeter for Kroger after retirement. He was a member of the Citizen Fire Academy in Gwinnett County and was former secretary and treasurer of Fire Mark Circle of the Americas. He was a Mason and member of Five Points Lodge No. 897 F.A.M., an active member of Harmony Baptist Church of Buford, the Silvertones Choir at First Baptist Church of Buford, and past member of Skyland United Methodist Church in Chamblee, Ga.