Buzzing about the bee 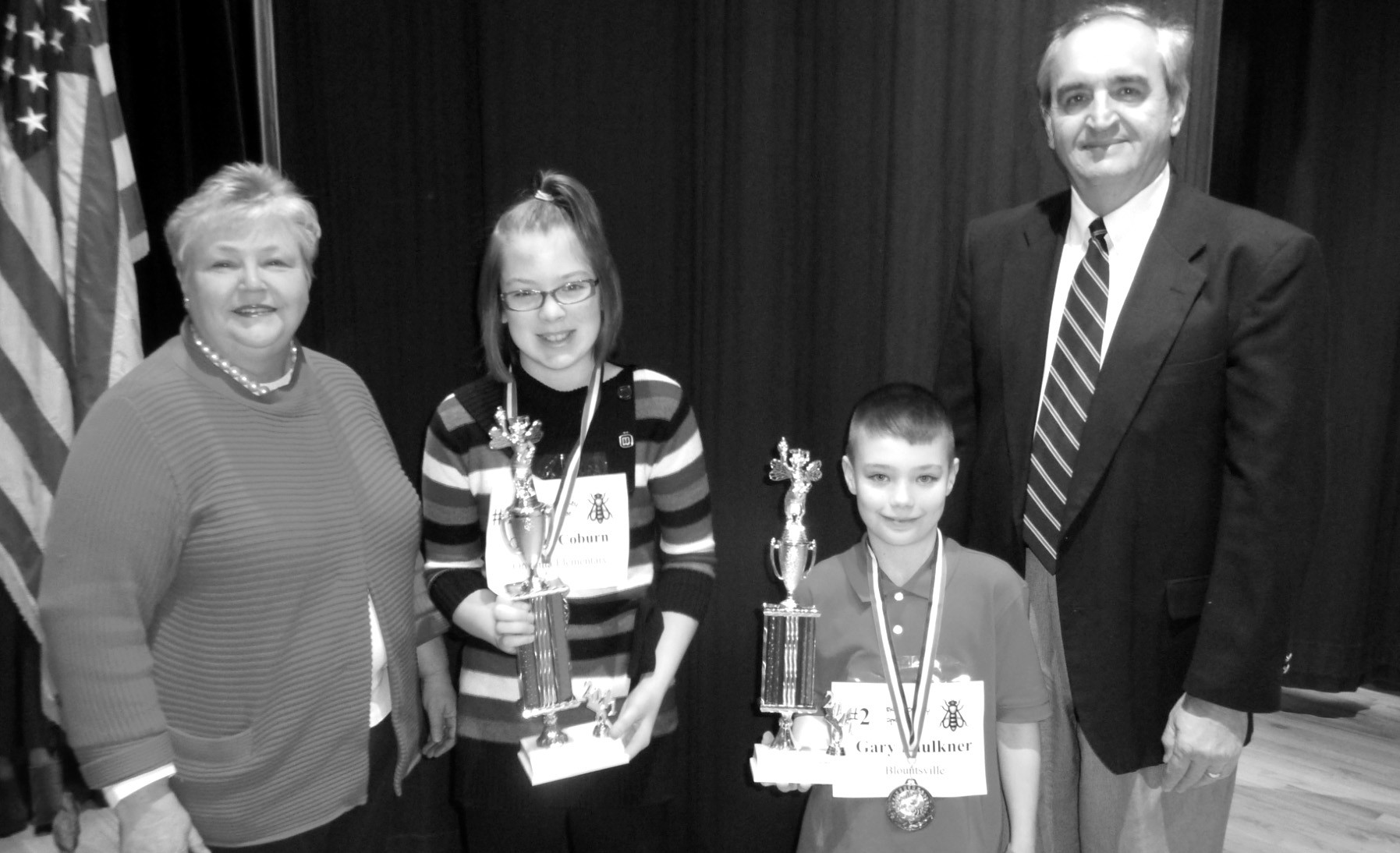 Gracie Coburn, sixth-grader at Oneonta Elementary School, won the 2011 Blount County Spelling Bee Feb. 8 in a spell-off at J.B. Pennington High School auditorium. The hotly contested event ran for 22 rounds and 80 words before Coburn was declared the winner after successfully spelling alcove. Gary Faulkner, a fifth-grader at Blountsville Elementary, was the runner-up. Also shown above are Jackie Sivley, new member of the Blount County school board, who served as one of the judges for the event, and county Supt. Jim Carr, who presented participants with awards honoring their accomplishments. Others working on the event included Stoney Beavers, Mitchie Neel, Donna Martin, and Cindy Williams of the Blount County Schools central staff and Craig Sosebee and Jessica Musso of J. B. Pennington High School. J.B. Pennington Ambassadors hosted and added a flair of class to the event in their snazzy black blazers.