Business owned by one of state’s most notorious murderers 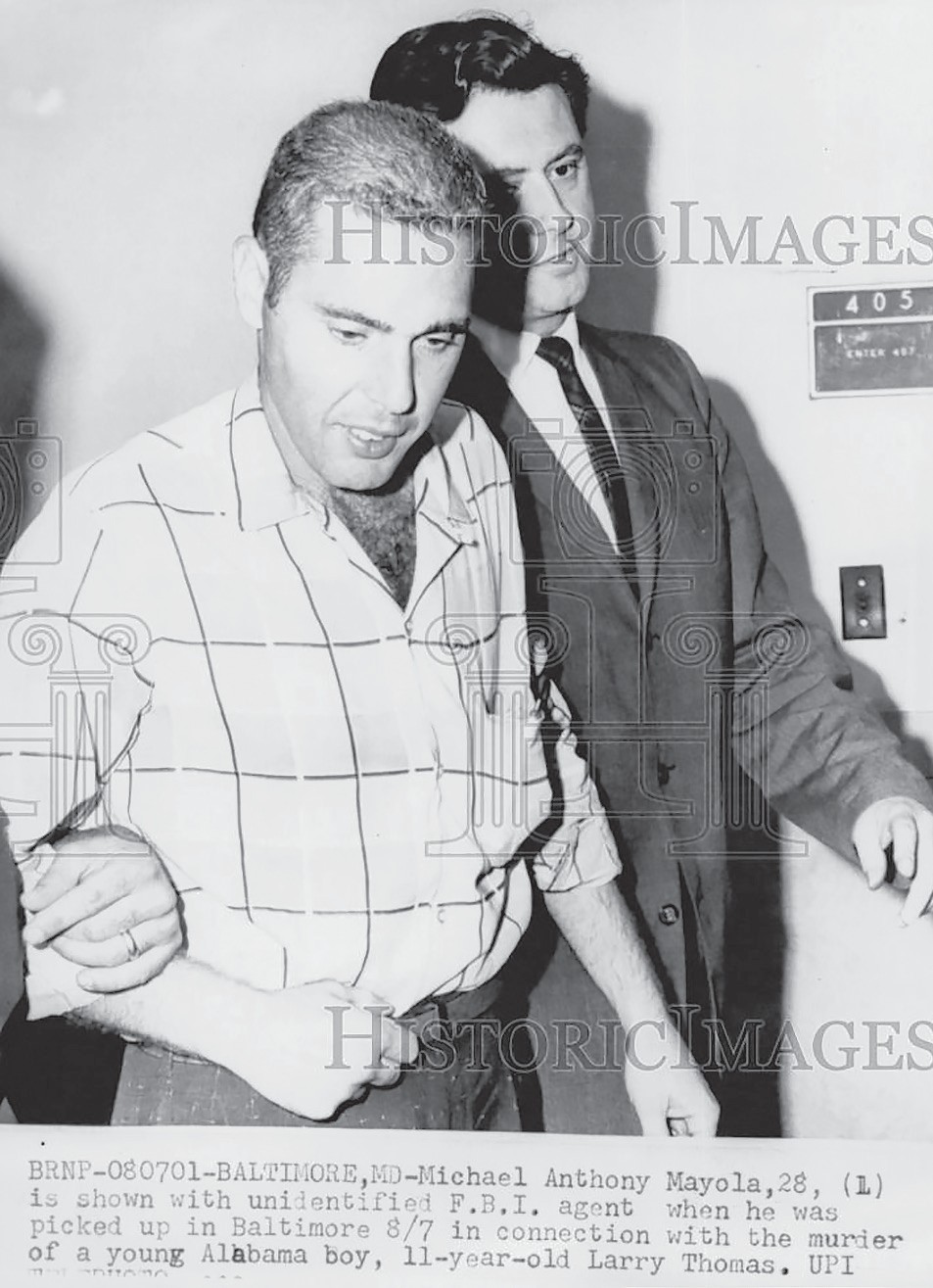 On Aug. 2, 1962, a man approached 11-year-old neighbors Larry Thomas and Kim Canady at a Midfield playground and set in motion a nationwide search ending with a murder trial at the Blount County Courthouse. That story, which would be polled the fifth biggest of the year by state newscasters, reverberated throughout Alabama and the nation Canady reported the kidnapping to police, relating the following: he and Thomas had left a Little League game in Midfield to play on monkey bars at the local elementary school. There, a man he described as in his late 20s or early 30s had approached the boys referring to Ronald Collins, another acquaintance of theirs. Some stories said the man claimed to be Collins’s uncle and asked if the boys would like to go with him to have a soft drink while he waited for Collins to finish the game.

The boys agreed and got in the man’s car, a 1949-1952 dark-colored Chevrolet. Once underway, the driver said he knew that at Elizabeth Drug Store in nearby Fairfield they could get king-sized colas for a nickel and proceeded to head there. At Elizabeth’s, the man instructed Canady to get the drinks saying he would circle the block. Canady reported he thought that strange since there were parking places in front.

As Canady headed in, he said he realized he did not know what drinks to get. He returned to the car and was reproached being told just to get whatever. The driver then drove away with Canady’s slightly built, 4’5”, 70-pound friend.

When the huskier Canady came out with the drinks, he could find no sign of the car or its occupants. He had two dimes in his pocket and tried to call home. He reported he lost his first dime in the pay phone and dialed a wrong number with the second. Not sure just which way to head, he started walking home, shifting later to a run during his hour-and-twenty-minute trek.

At home he relayed the story and his parents called the Midfield police. Chief J. W. “Jay” Morris arrived to take the report. By the next day (a Friday), newspapers in Birmingham had spread the word. Police received various tips but their follow-ups ended with no real leads.

Dailey’s 20-year-old deaf-mute son Edward, employed on First Avenue at Workman’s Barber Shop, had gone to his job that Monday morning and found three unsigned notes written on counter checks addressed to him. The article said, “One note asked him to keep or sell [George Workman’s] barber tools and to . . . ‘Go to church at Gadsden or Birmingham and pray for me and all.’”

“After finding the car, Chief Handy went to [Workman’s] property about 1.5 miles southeast of the Lake Highland on Straight Mountain where [Workman] was reported to be building a cabin. He (Handy) located the cabin, a basement dug into the hillside and covered over with a flat roof, about 200 yards off a dirt road.” Handy returned to Oneonta and enlisted the help of “relief officer Cecil Marsh” for a further search at the cabin site. “Marsh found freshly-turned dirt between the foundation wall and the excavation.

“At 5:45 Handy, back in Oneonta, was in contact with Chief Morris at Midfield. Three carloads of FBI agents and Midfield officers came to Oneonta, investigated the barber shop and went to the suspect’s cabin site.” Later Birmingham News accounts claimed that state highway patrolmen had described the cabin as “’the filthiest hog pen ever seen.’”

The Democrat article reported, “Chief Owen and two of his men with shovels. Larry’s body was found at 9:00 P. M. about 2.5 feet deep, wrapped in a blanket and covered with sawdust and creosote. Coroner Bill Lemley was called to the scene.”

In further summary, the article held, Lemley had reported the body so badly decomposed that a Bessemer dentist had had to verify the identification. Thomas had been shot in the left eye. A chief state investigator Jones had asked that the body remain at Lemley Funeral Chapel until he could complete his study, before an expected transfer to a Bessemer funeral home.

The case took another unusual turn with the arrest of Michael Anthony Mayola in Baltimore, Maryland, on Aug. 7. (Next week’s paper will continue the story.)