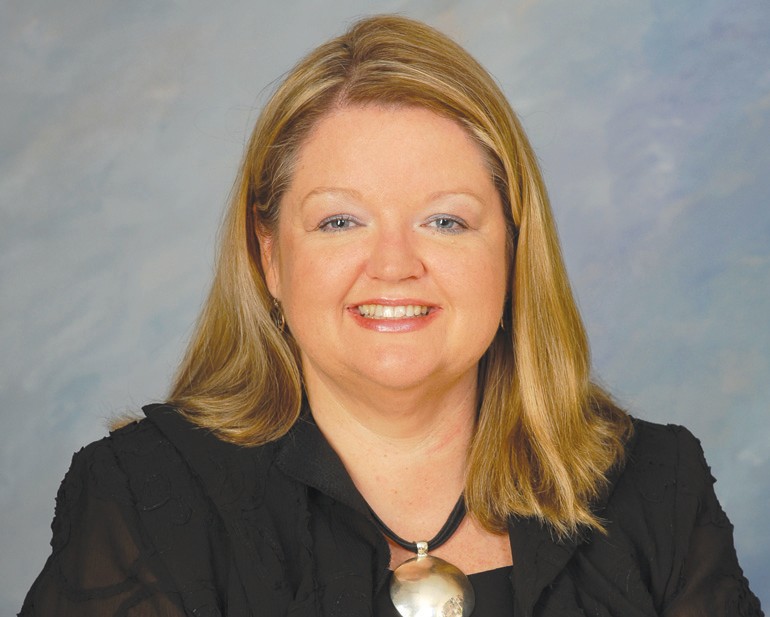 Sherry Burns will run unopposed in the Republican primary for her first elected term as district judge of the 41st judicial circuit covering Blount County. She has been serving in that office since August 2010 when she was appointed to fill the position at the retirement of former District Judge John Dobson.

Burns, 43, was born in Jefferson County, moved to west Blount when she was in the fourth grade, and has lived there ever since. She currently resides in the Hayden area not far from her childhood home, where her parents still live.

She graduated from Corner High School and attended Jefferson State Community College where she earned an associate degree. She then entered Samford University where she majored in history and political science, receiving her bachelor’s degree in 1991. She was admitted to Birmingham School of Law, where she received her law degree in 1995.

Burns is married to Jeffery Burns, who is self employed in the construction industry. They have two children: Cole, 12, who attends Hayden Middle School, and Courtney, 8, who attends Oneonta Elementary.

Work background Burns worked part time in the Jefferson County court system while attending law school. After law school, she became an associate at the Chamblee and Furr law firm in Trussville. From 1999 until 2006, she established her own law practice, working from home in Hayden. In 2006, she was appointed assistant district attorney under then-District Attorney Tommy Rountree. She was appointed district judge in July 2010, and was sworn in on Aug. 2.

Scope of job of district judge

According to Burns, the district judge office encompasses the following types of cases:

•traffic and driving under the influence cases.

•district civil cases, such as ejectment.

The district judge conducts initial appearance hearings at the correctional center, informing each offender of charges against him or her, setting bond if it has not been set, and assigning a court date, as well as making sure offenders are aware of their rights and answering questions about the process or procedures.

On the day the interview with Burns was conducted, the court was scheduled to hear 283 cases during the afternoon session from 1:30 p.m. to 5 p.m. That’s following a full docket in the morning. Demands on the judge’s time are similar every day of the week, she said. Questions for the judge

After serving a partial term as judge, what is the main thing you’ve learned?

Burns: “From working with the district judge in my previous job as assistant district attorney, I had a good idea what the workload was, but once on the job, I learned it was even more demanding than I realized. Another thing I learned is how important it is to treat everyone, including those people that come before the court, like you want to be treated yourself. I tell everyone I’m going to treat them with respect, unless they give me a reason not to. And I tell all of them I’m going to be fair.”

Any aspects of the job you’re surprised about? “I never thought juvenile cases would affect me to the extent they do. These kids just don’t ask for a lot of the things they have to deal with – that their parents put them through. As a parent, that affects me. I take that home with me sometimes.”

Is personal courage required to do this job? “Yes, I think you have to have courage. You have to be able to look people in the eye and tell them you find them guilty and are sending them to jail. That does take courage.”

Is this the kind of job where you can say ‘I want to accomplish this next year’ or ‘I want to improve on that?’ “District Court already had a smooth and orderly system when I became judge and we haven’t changed much in the last 18 months. But we have changed some things, and there are still some areas we may be able to do things more efficiently or more quickly. We try to improve those things as we can.”

Candidate’s statement to voters “I would like folks to know that I’m dedicated to continuing this work and handling the caseload. I’m thankful for the opportunity to do it, and both excited and grateful to be able to serve the people of Blount County. I thank them for their support and ask for their continued support and their prayers.”