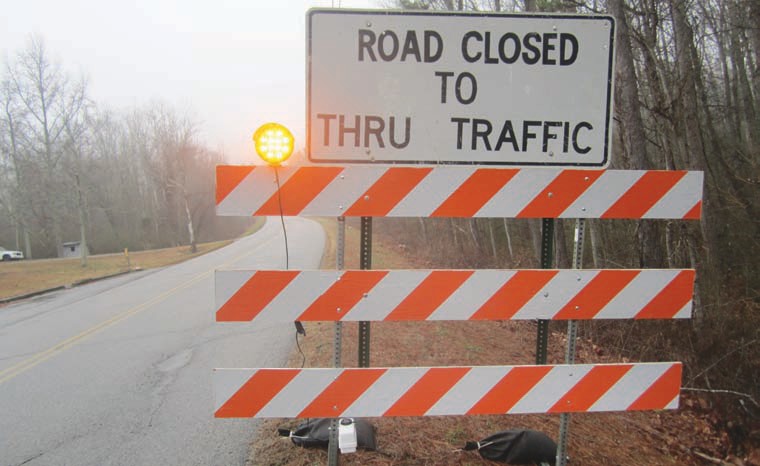 County road 1 was closed shortly after the morning commute period Monday. It will remain closed for up to ‘several months’, according to county engineer Winston Sitton.

County road 1, one of the most heavily-traveled roads maintained by the county, linking Allgood and Cleveland, was closed after the morning traffic period Monday. It will remain closed for as long as several months, according to county engineer Winston Sitton, for reconstruction work necessary to remedy an underlying sinkhole and slide zone that has created maintenance problems for several years.

A section of road totaling about a half-mile in length has been closed completely to traffic at about the midway point between Allgoood and the county road 1/county road 33 intersection. On the Cleveland side, the road is barricaded just south of Tim King Road. On the Allgood side, it is barricaded just north of Treatment Plant Road.