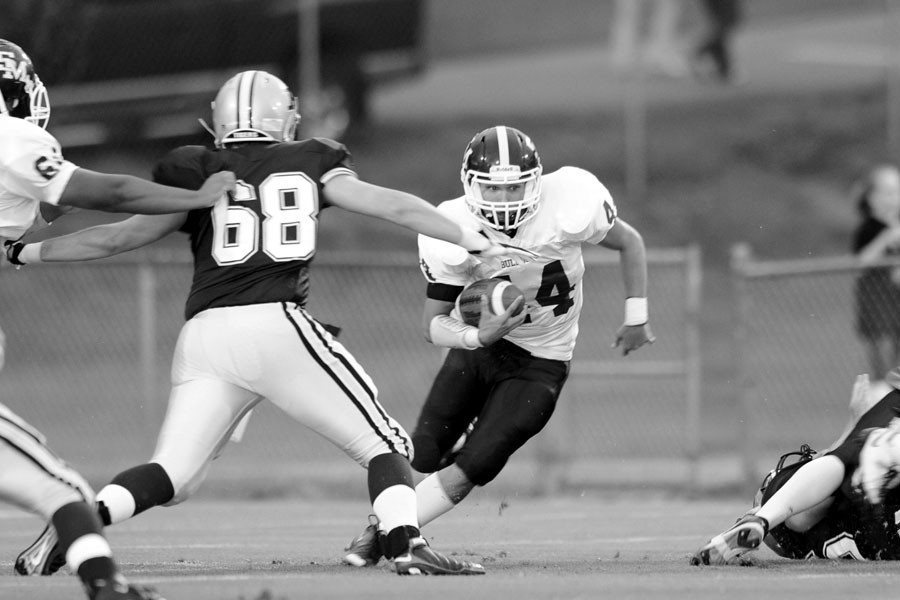 The Susan Moore Bulldogs used a suffocating defense and a grinding, methodical running game to forge a 29-0 victory over the J.B. Pennington Tigers last Thursday evening.


The Susan Moore defense, featuring six new starters, never let the Tiger offense get into any kind of rhythm.

The Bulldogs got a touchdown in each quarter. John Evatt scored on a 4-yard run in the first quarter and Phillip McEvoy went over from 5 yards out in the second. Freddie Hernandez nailed one point-after kick and Justin Hawkins added a two-point conversion run to give the visitors a 15-0 halftime advantage.

The best scoring opportunity for Pennington came just before the half when the Tigers put together a 45-yard drive that ended with a missed 42-yard field goal attempt by Charlie Rojas.

In the second half it was more of the same. Blake Weaver scored on a 1-yard run in the third quarter and McEvoy added his second touchdown on an 8- yard run with 10:40 to play.

Pennington managed just 132 yards of offense, including just 88 yards rushing on 38 carries. Wesley Stephens was able to find a bit of room on the inside trap and finished with 73 yards on 14 carries to lead the hosts.

Lee Morton, despite constant harassment from the Bulldog front, competed 6 of 15 through the air for 84 yards.

With the Bulldog defense in control, the Susan Moore offense was a patient, methodical unit. With Hawkins completing just 7 of 15 passes for 77 yards, the Bulldogs used the tandem of Weaver (13 carries for 109 yards) and Evatt (11 for 76) to pace an offense that churned out 259 yards and three touchdowns on 45 attempts. McEvoy added 31 yards and a pair of touchdowns on just four carries.

The only negative for the Bulldogs was 103 yards on 13 penalties.