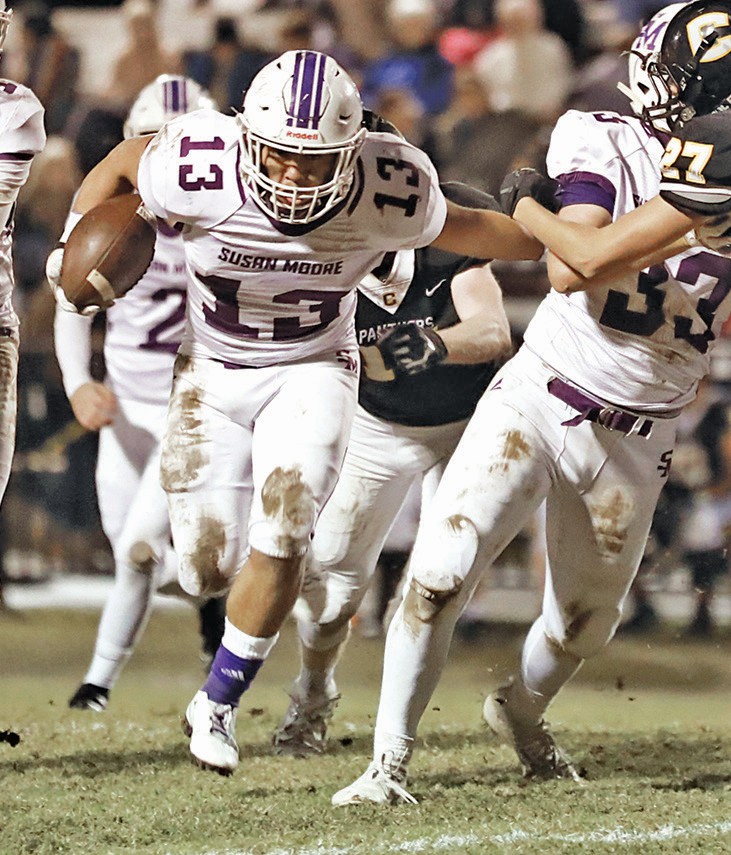 Susan Moore defeated Cleveland 31-6 in the final bout of their regular season.

The Bulldogs got on the board first with Anthony Cervantes finding the end zone on a 2-yard touchdown run. Jesus Aguilar added the extra point to give the Bulldogs a 7-0 lead. The Panthers scored on the proceeding kickoff. Samuel Aycock returned the ball 89 yards for a touchdown bringing the score to 7-6 after a failed PAT. This was the only score of the game for the Panthers. The Bulldogs scored again at the end of the first on a 27-yard touchdown run from Cervantes. The PAT by Aguilar extended the Bulldogs’ lead to 14-6 at the end of the first.

The Bulldogs scored again early in the second. Cervantes weaved his way through the Panthers’ defense breaking into open field and finding the end zone for a 69-yard touchdown run, his third of the night. Aguilar added the extra point to give the Bulldogs a 21-6 lead early in the second quarter. At the end of the second, Aguilar added three points with a 37-yard field goal making the score 24-6 at the half. 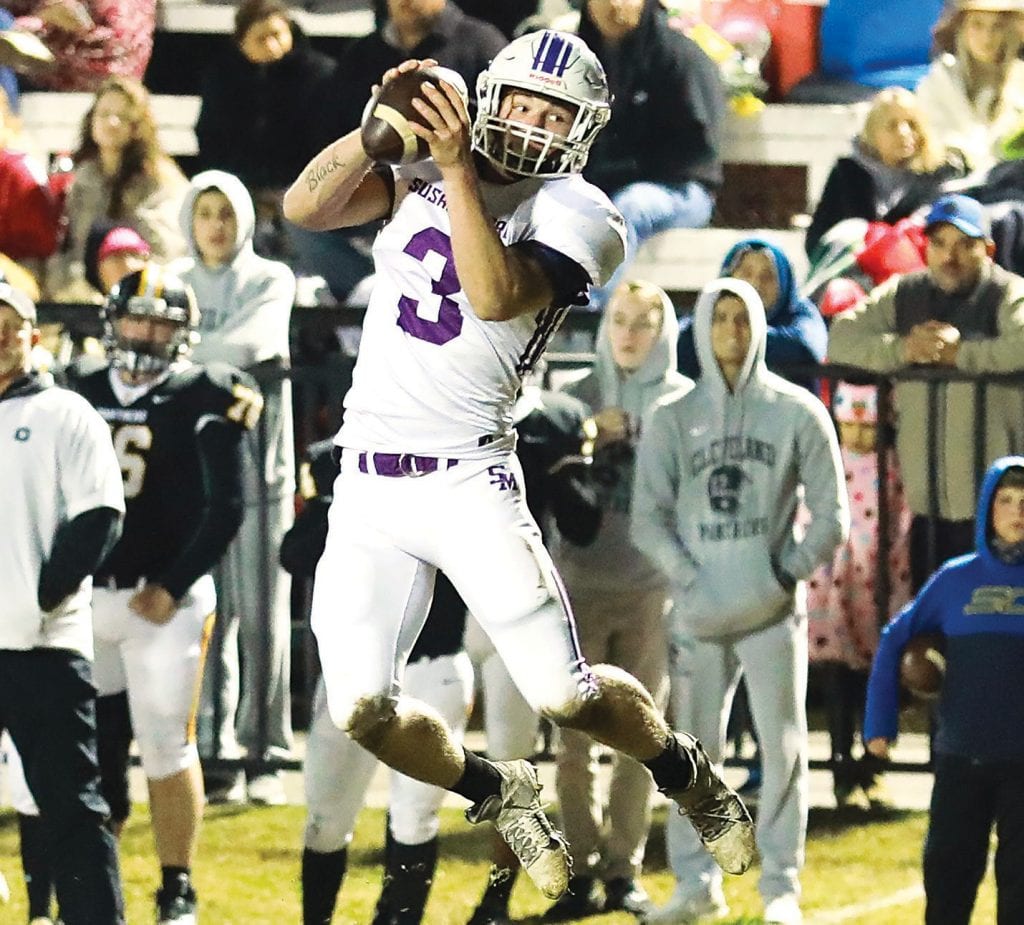 The Bulldogs scored once more at the end of the third with Tanner Sisson finding the end zone on a 3-yard touchdown run. Aguilar tacked on the extra point to bring the final score to 31-6 clinching a Bulldogs’ victory and their first undefeated season since 2000.

Offensively for the Bulldogs, Camden Lackey went 8-for-9 for 125 yards. Cervantes ran 19 times for 157 yards and three touchdowns. Sisson ran six times for seven yards and a touchdown. Aguilar went 1-for-1 on field goals and 4-for-4 on extra points.

Offensively for the Panthers, Elijah Longshore went 2-for-9 for 14 yards as well as running five times for 12 yards. Daquarrius Phillips ran nine times for 35 yards. Matt Walker caught two passes for 18 yards. Aycock returned a kickoff for 89 yards and a touchdown. 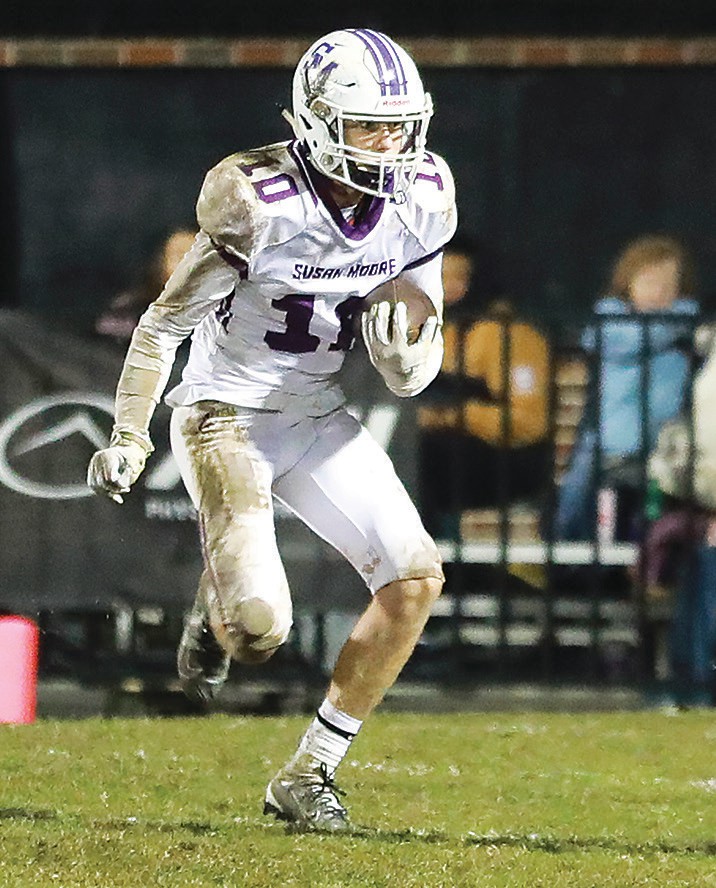 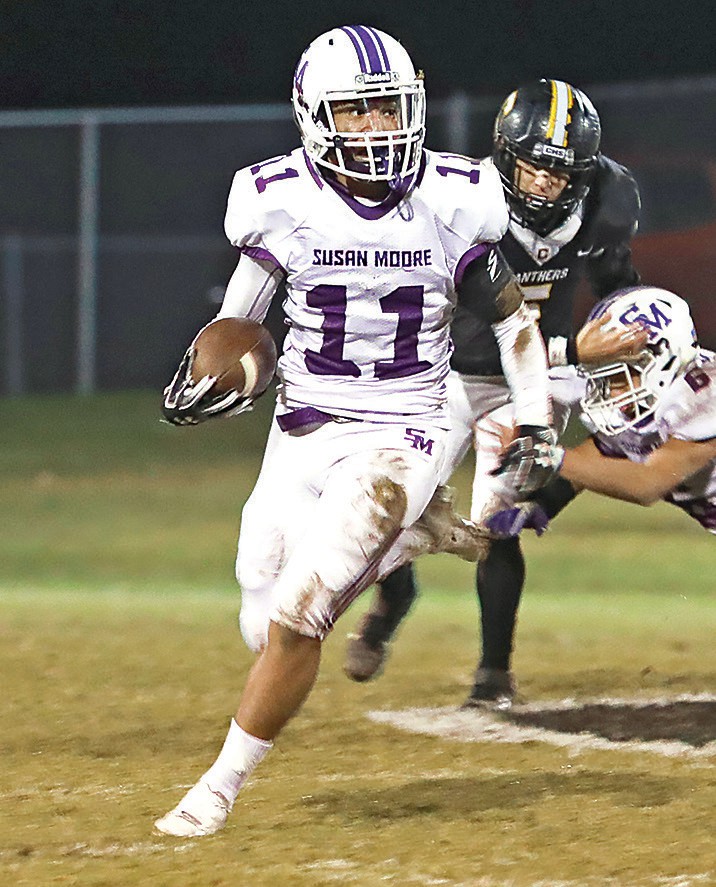