Bulldogs get by Patriots 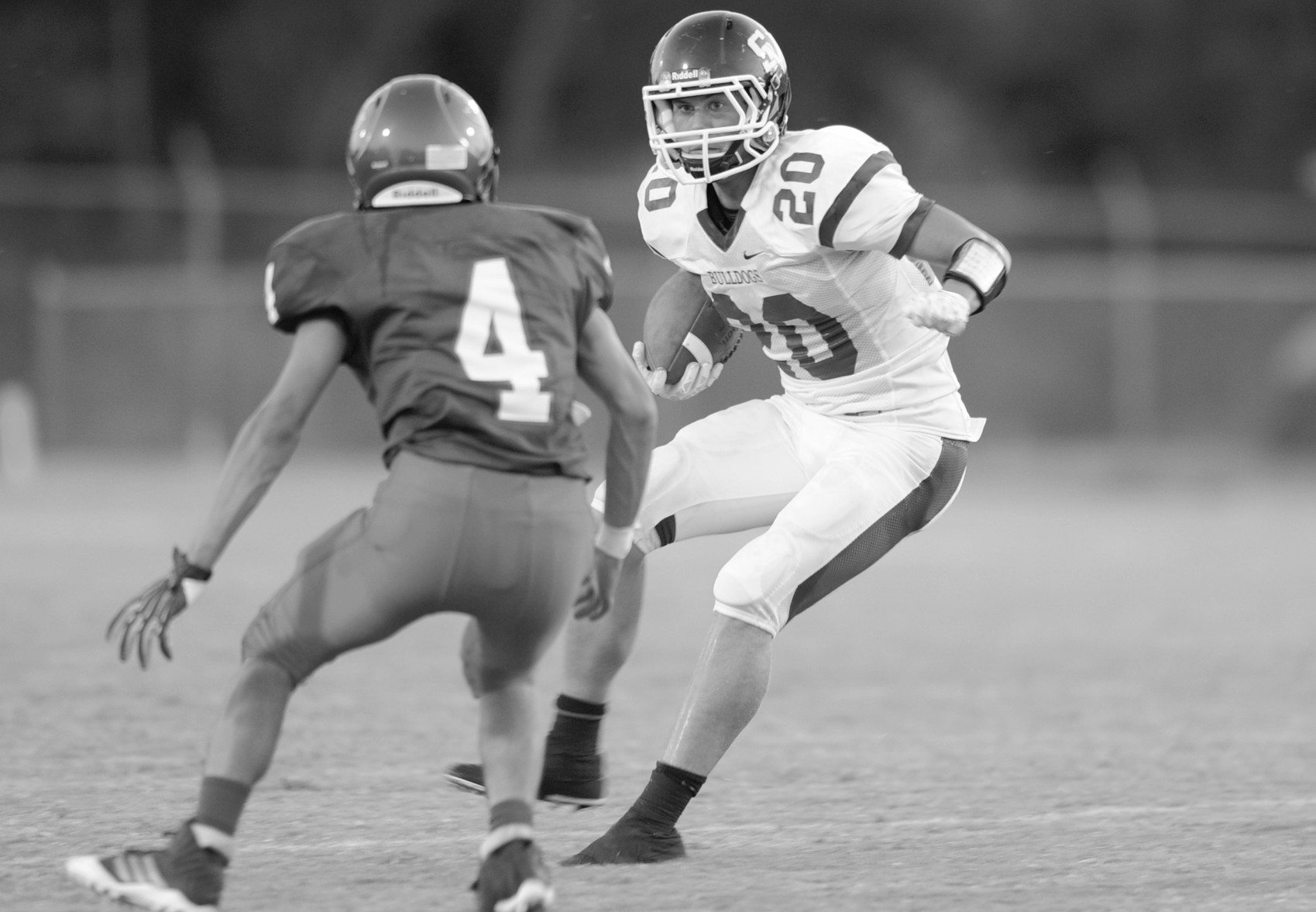 Susan Moore running back Jay Williams makes a move on a West End defensive back.

A 12-yard touchdown pass from Keith Jackson to Jay Williams and an extra point by Enrique Pantoja with less than a second remaining was the difference as the visiting Susan Moore Bulldogs came from behind to knock off West End 28-17 last Thursday night in Walnut Grove.

Susan Moore led 21-14 at the half and maintained the margin through three quarters. However, West End scored a pair of touchdowns in the final quarter, including a 1-yard run by junior quarterback Grant Hunter with 2:16 to play to take the lead. The extra point was missed but the Patriots led, 27-21.

Susan Moore drove to the West End 12 with just 14 seconds to play. Jackson threw incomplete on the first play but then connected with Jackson with less just 0.6 to play.

Hunter was the catalyst for the Patriots. The first-year starter rushed 22 times for 253 yards and three touchdowns and completed 10 of 17 passing for 123 yards and a touchdown.

Jackson and Williams led the Bulldogs.

Jackson completed 12 of 17 through the air for 187 yards and a pair of touchdowns and added 94 yards on 24 carries on the ground.

Williams rushed for 56 yards and a pair of touchdowns on 16 attempts and caught two passes for 39 yards.

Dylan Kent led the Bulldog defense with eight tackles while Brandon Hanvey, Bryan Infante, and Jessie Chapel had six each.