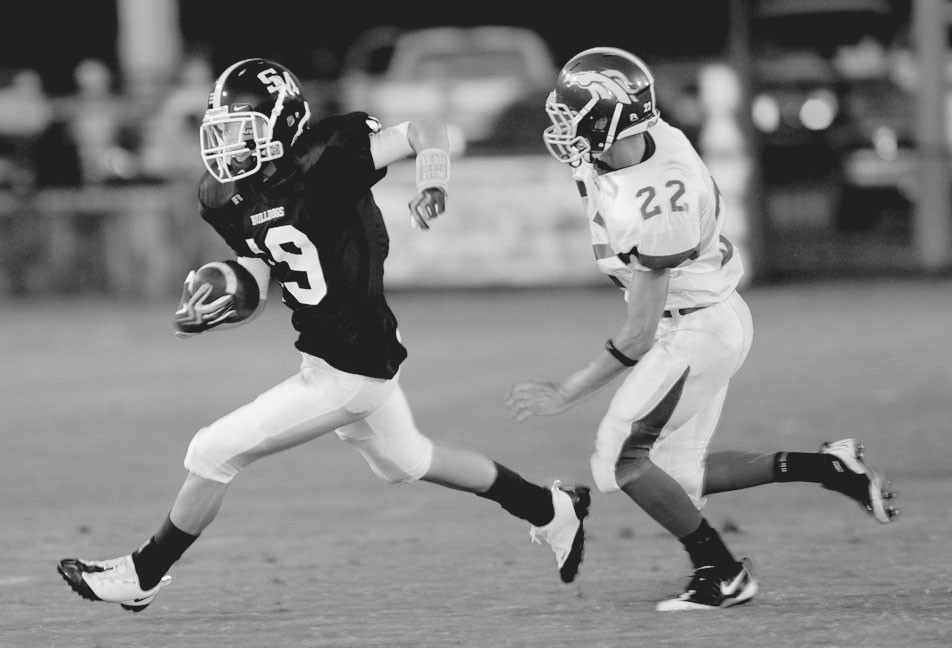 The Susan Moore Bulldogs piled up 500 yards of offense in a 47-15 thumping of the visiting Holly Pond Broncos in the region opener last Friday night.


Susan Moore sprinted out to an early 15-0 lead before Holly Pond got on the board with a short touchdown run on the first play of the second quarter.

However, from that point on it was all Bulldogs. Susan Moore tacked on three more scores before the half to take a commanding 35-7 lead at the break.

The lead grew to 47-7 midway through the third quarter before Holly Pond was able to punch in another score.

Susan Moore rushed for 269 yards and six touchdowns on 34 attempts and passed for 218 yards, completing 18 of 26 with one touchdown.

Blake Weaver led the Bulldogs with 11 carries for 105 yards and three touchdowns on the ground while John Evatt added 75 yards and a pair of scores on 13 attempts. Cody Alldredge finished with 72 yards and a touchdown on seven second-half carries.