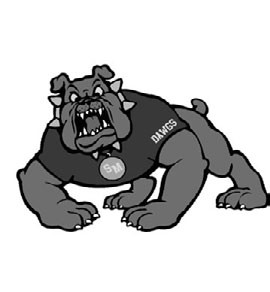 With a homecoming crowd looking on, the Susan Moore Bulldogs raced out to a 40-0 halftime lead and cruised to a 40-7 victory over Brindlee Mountain last Friday night.


Susan Moore got a 2- yard run by Phillip McEvoy, a 3-yard run by John Evatt, and a 43- yard touchdown pass to Evatt from Justin Hawkins to build a 19-0 lead after one quarter.

The Bulldogs then got on the board three times in the second quarter. Hawkins scored on a 13-yard run, followed by a 6-yard run from Cody Alldredge. McEvoy closed out the scoring on a 5- yard run with just :54 left in the first half to put the home team up 40-0 after Freddie Hernandez kicked his fourth extra point in a row.

Brindlee Mountain avoided the shutout with a 73-yard touchdown run late in the third quarter for the only points of the second half.