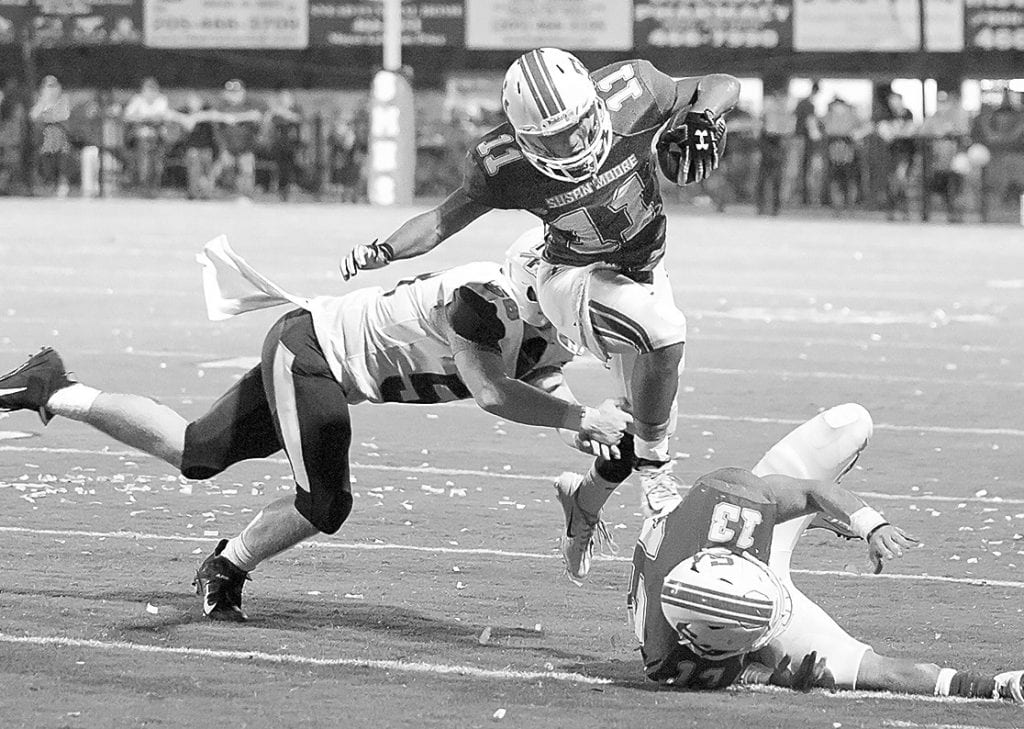 The Susan Moore Bulldogs took on the New Hope Indians Friday night winning by a score of 40-21. The Bulldogs grabbed an early lead with Anthony Cervantes finding the end zone from 23 yards out putting the Bulldogs up 7-0 after the extra point from Jesus Aguilar found its way through the uprights.

New Hope answered quickly on a 35-yard touchdown pass tying the game at 7-7. The Bulldogs took the lead again at the end of the first quarter. Tanner Sisson weaved his way down the field, avoiding the Indian defense, and walked into the end zone for a second Bulldogs’ touchdown putting them ahead 14-7.

A few minutes into the second quarter, the Bulldogs found themselves deep in Indian territory. Cervantes took the handoff and pushed forward 12 yards for a third Bulldogs’ touchdown boosting their lead to 20-7. Later in the second, Camden Lackey found Gavin Harper for a 24-yard touchdown pass extending the Bulldogs’ lead to 26-7.

The Bulldogs managed to keep the Indians from getting into the end zone for the entire second quarter while scoring once more themselves on a 54-yard run from Cervantes. Aguilar tacked on the extra point bringing the score the 33-7 at the half.

The Bulldogs struck first in the second half scoring just a few minutes into the third quarter on a 35-yard touchdown run by Cervantes, his fourth of the night. The extra point by Aguilar brought the score to 40-7. New Hope scored twice in the fourth quarter bringing the game to a final score of 40-21 and a Bulldog victory.

The Bulldogs advance to 7-0 on the season. They travel to Pisgah Friday to take on the Eagles (4-3) who lost 20- 56 to Geraldine last Friday.