Buffet ready at the Palomino Restaurant 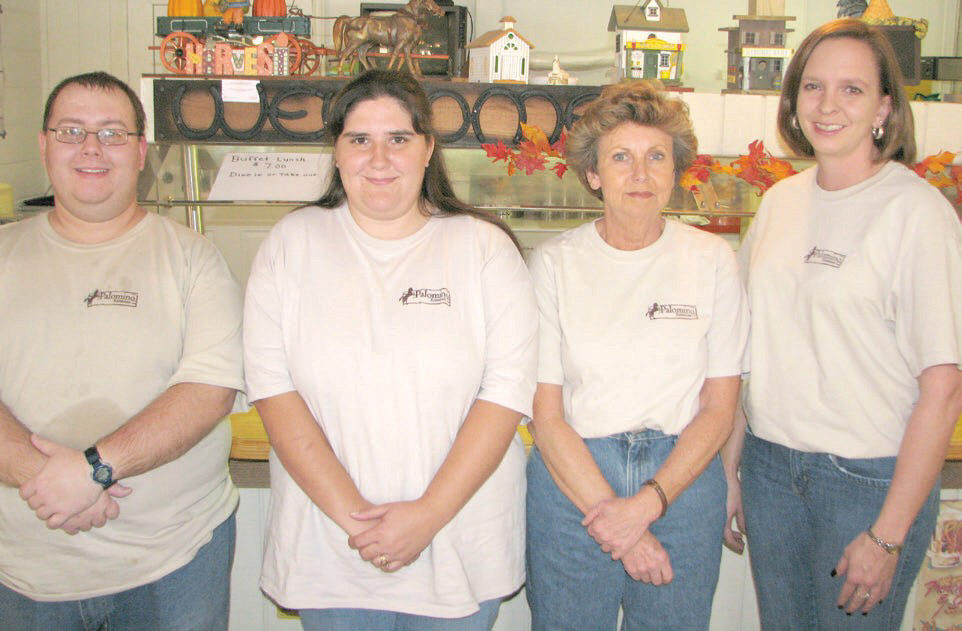 Ann Hilburn (second from right) and employees Jeremy Weems, April Bridges, and Julie Fountain are ready to serve you at the Palomino Restaurant. The restaurant, located in the former Jones BBQ on U.S. 231 in Oneonta, has been remodeled with new tables and chairs and a new decor heavily leaning toward the old west. The menu, according to new owner Hilburn, is “southern food with a western touch.” The restaurant is open from 10:30 a.m. to 2 p.m. during the week with a buffet lunch featuring homemade vegetables (from pinto beans to field peas and lima beans) and entrees (fried pork chops, chicken and dumplings, pot roast, chicken and dressing, and country fried steak, among others). Other sandwiches and salads are available and Hilburn makes all the desserts herself with a selection of cakes, pies, and puddings every day. The buffet is just $7 and that includes dessert, drink, and tax. The restaurant is also open Saturday from 11 a.m. to 6 p.m. with menu items, but not buffet, available. The Palomino has also recently added barbecue sandwiches and plates to the menu and Hilburn says that catering and banquet facilities are available for private parties. – Rob Rice