Good news and not-so-good news. First, the good: the overall City of Oneonta money situation for the fiscal year and for the near-term future is generally positive. Not-so-good: even so, there’s not enough money in the city kitty to do all the community development projects city leaders have on their wish list to do or have in the works by the second half of 2020. Thus, the need to prioritize the list and add anything new that might have surfaced since the last go-round. That was the bottom line of city manager Ed Lowe’s mid-year and mid-term budget and projects report.

“Since we know we can’t do everything on this list, we need guidance from the mayor and the council as to what their priorities are so we can start getting plans in place on what projects to focus on moving forward,” he said. Budget highlights 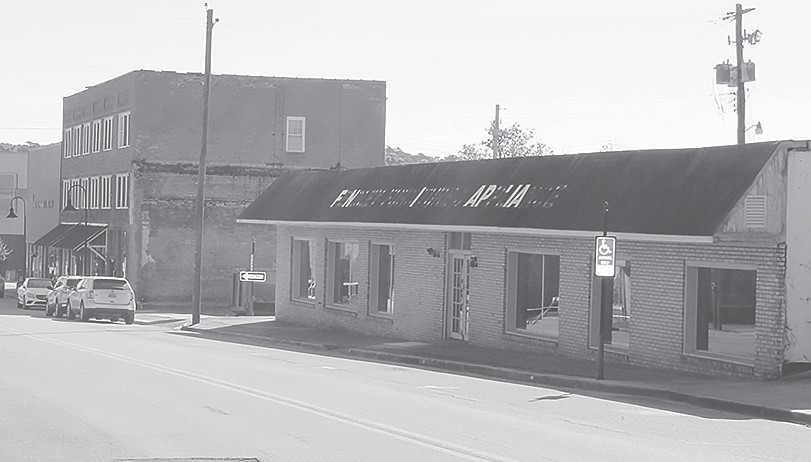 The Fendley Furniture building was used Monday night during a training exercise for Oneonta Fire and Rescue. It will be razed soon.

• EXPENDITURES – Total expenditures are about $51,000 over budget to date, but that’s not as bad as it sounds, Lowe said. Storms and cleanup aftermath and unscheduled repairs account for a chunk of that, and seasonal expense trends that decline after mid-year account for some as well. Departmental budgets are expected to generally move back into line by end of year. Departmental status:

• City Center Park/amphitheater/ rustic pavilion – Complex to be located in the area created by demolition of the Fendley Furniture building and property immediately contiguous to the north and east, including Railroad Avenue, which will be closed and incorporated into the park. Cost estimate: $75,000 + or –. Estimated completion: demolition and initial construction to begin this summer, with completion expected in the spring or summer of 2020, with favorable weather.

• Additional parking for Wallace State academic building – Will include lot at the corner of 1st Avenue and 1st Street, as well as “sawtooth” parking along 1st Street behind the library. No cost estimate. Estimated completion: this summer.

• Railroad Market and Exhibit – Development project for the opposite end of 1st Avenue from the amphitheater complex. Railroad-themed, covered, open-air farmers market building will occupy the grassy island currently extending from the public restroom building to the produce market, including the gazebo. Possibly other exhibits recapitulating Oneonta’s railroad era in an adjoining area. Cost estimate: $150,000. Estimated completion: 2020.

Commenting on the major lifestyle and entertainment project represented by the amphitheater, pavilion and City Center Park, Lowe waxed philosophical: “It’s going to make a big difference in the way things look in that part of town obviously, and it’ll have a big impact.

“But it’s also going to have a big impact on how that neighborhood and the community itself functions. It’s going to open up the area to all kinds of things we don’t have a place for now: the whole range of Wallace State’s performing arts groups – theater, bands, singers, dance groups, and so on. Gospel music, fiddling conventions, and more. It’s hard for people not to want to be associated with events and excitement like that,” he said.