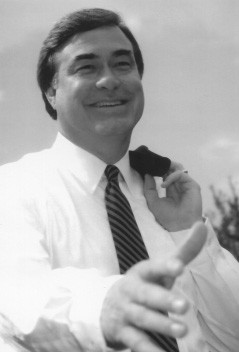 The two prominent political trials in Alabama in the past few years have boiled down to one paramount issue, “Is it bribery or is it politics?” In the most recent bingo gambling trial the pivotal issue revolved around whether a campaign contribution is a bribe. The jury answered with a resounding no.

Most of these individuals have been around state politics and the state legislature for decades. Coker and McGregor have been very involved with legislative issues and campaigns for over four decades. They know the rules. You do not offer somebody campaign money directly for a vote. There can be no quid pro quo, something for something. They understand that cardinal rule and they never violate it. They did not in this case and they do not ever cross that line.

However, the new kid on the block, the brash, unabashed liar and crook, Ronnie Gilley, came on the scene like the ultimate conman and violated all of the rules. That is why he is going to federal prison for a while. McGregor was guilty only of bad judgment by investing in and associating with Gilley.

The rule of the game has been the quid pro quo standard. That is the crucial crossbar. Therefore, the central question was whether these official actions were taken for unequivocal and specific promises of future campaign contributions. The jury in this case answered with a definitive no.

This was not the case in the conviction of Don Siegelman. Siegelman was elected governor in 1998 and defeated in 2002. During his campaign and as governor his mission was to create a lottery for education in Alabama similar to Georgia’s Hope Scholarship program. He convinced the Legislature to put a referendum on the ballot. He then campaigned tirelessly for his initiative. During the campaign he solicited and received a $250,000 campaign contribution from the shady Richard Scrushy for the lottery campaign. Siegelman then reappointed Scrushy to a health care related state board that oversees health care professionals and health care expansions in the state. Three previous governors had appointed Scrushy to the same board. In 2006, Siegelman and Scrushy were convicted of bribery because of Siegelman’s appointment of Scrushy to the above mentioned health care board.

Most folks believe that Siegelman went down because jurors were out to get the disgraced Scrushy. Scrushy, the former CEO of HealthSouth, had escaped conviction in Jefferson County for embezzling millions. The Montgomery jurors were out to make him pay for his illegal transgressions. It is suggested that Siegelman was convicted because he was caught in the crossfire to get Scrushy.

Siegelman certainly was not guilty of bribery. Again, like McGregor, Siegelman was guilty for who he associated with while garnering his contributions for his lottery.

Even the conservative national columnist George Will came to Siegelman’s defense in a February Washington Post column. Will succinctly said in his often quoted editorial regarding the issue, “All elected officials, and those who help finance elections in the expectation that certain promises will be kept – and everyone who cares about the rule of law – should hope the Supreme Court agrees to hear Don Siegelman’s appeal of his conviction. Until the Court clarifies what constitutes quid pro quo political corruption, Americans engage in politics at their peril because prosecutors have dangerous discretion to criminalize politics.” Until some clarification to what constitutes a bribe and what constitutes a political contribution is clearly defined by the courts, it will have a chilling effect on people who seek public office.

This current political prosecution dilemma reminds me of a scene from George Wallace’s era. One day some reporters inquired of Wallace why he gave all of the state road building projects to his cronies and campaign contributors. Wallace looked them straight in the eye and said, “Who do you think I ought to give them to, my enemies?.”