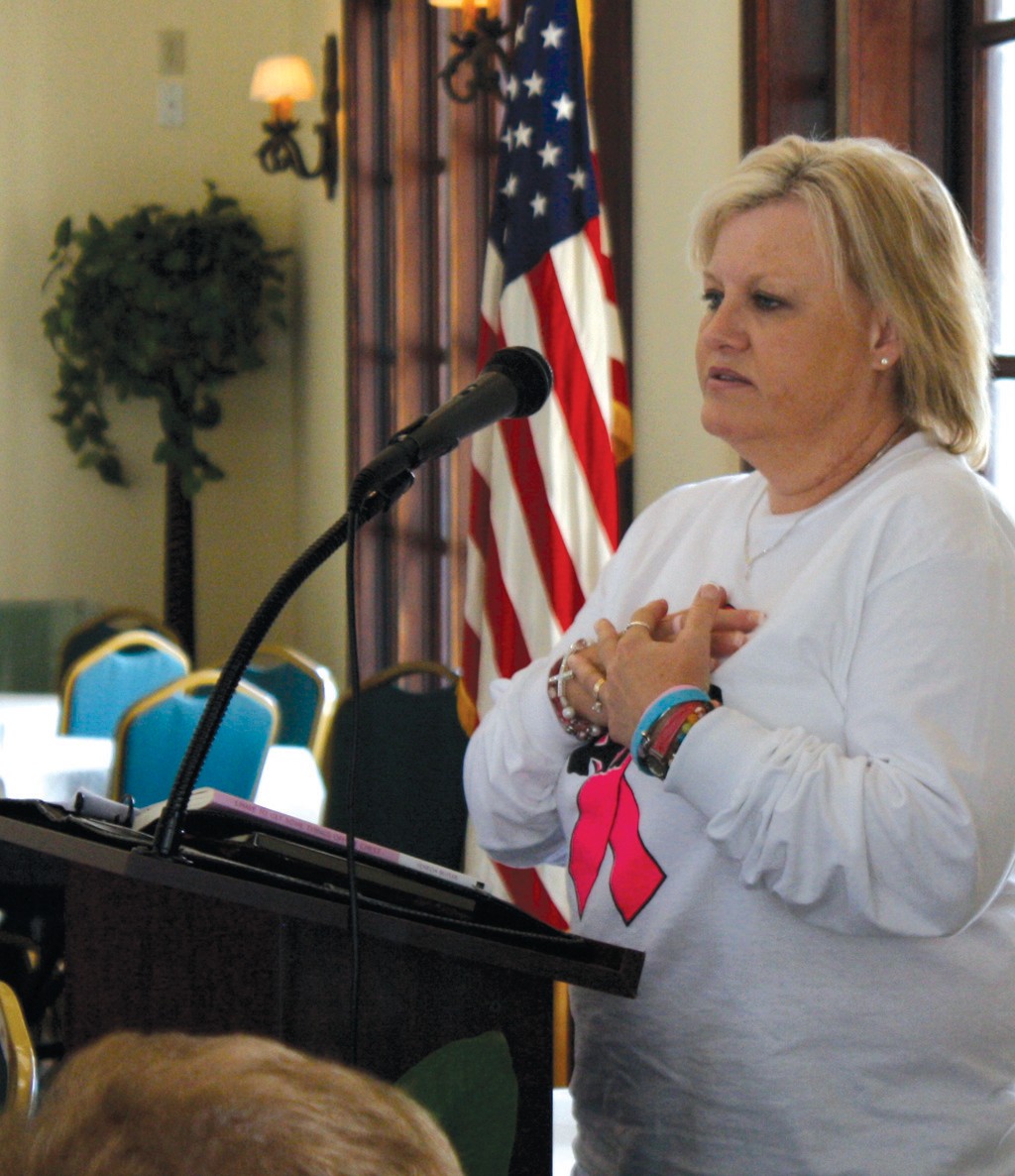 Last Wednesday, those affected by breast cancer and other ladies from the community gathered at a luncheon hosted by Heritage Golf in honor of October being Breast Cancer Awareness month.

The ongoing event celebrated its eighth year with close to 100 attendees, according to Heritage event coordinator Noval Hudspeth. Hudspeth said the goal of the luncheon is not only to recognize those who have survived breast cancer but also to bring awareness to women in the community about the importance of checkups and staying aware.

“In the past we have sponsored with the Susan G. Komen Foundation, but this time we wanted the money to stay in our state, and the money went to the Alabama Cancer Society for breast cancer research,” said Hudspeth.

Hudspeth said she was thankful to everyone in the community who was involved, including merchants throughout the county who set up vending tables at the event and supplied door prizes.

Piedmont native Venecia Butler was the featured speaker for the event. Butler, a four-time cancer survivor, gave a rare viewpoint of the terrifying breast cancer diagnosis referring to it as “one of the greatest blessings besides becoming a Christian.” “I love my family more and hug my children a little tighter,” Butler said.

Her first diagnosis came in 2006. Butler had discovered a lump during a self check in February, but disregarded it because it hurt, and she had always been told, if it hurt, it was just a cyst.

She waited until April to go see a doctor and found out all she had heard was wrong.

She was diagnosed with a very aggressive breast cancer that had entered her lymph nodes, and she says because she waited so long to be tested after finding that lump, that’s the reason it came back so many times.

Butler’s cancer led her down a path of unconventional responses. Including one time she sat out in the middle of a lightning storm in a metal chair declaring to God she didn’t want to take chemotherapy, and He could just strike her down.

When she didn’t die, she realized she had a reason to live.

This thinking was reinforced on down the road when she participated in a Dirty Girl Mud Run 5K only days after enduring a chemo treatment.

When she survived that, she thought she must have been in some good shape, and continued to push herself through the rest of the week, raking leaves, going to the gym, and so forth. Then, her lung collapsed.

She pushed through that bump in the road, and continued on down her path of surviving and her realization as to what she was supposed to do with her life.

While working in the day care at her children’s school, Jacksonville Christian Academy, she suddenly realized a purpose – to write a book and speak about her experiences.

And now, her first book, “I have some things to get off my chest,” is available for purchase, and she has since spoken at numerous events.

For more information on Butler’s book or her foundation, visit veneciabutler.com.