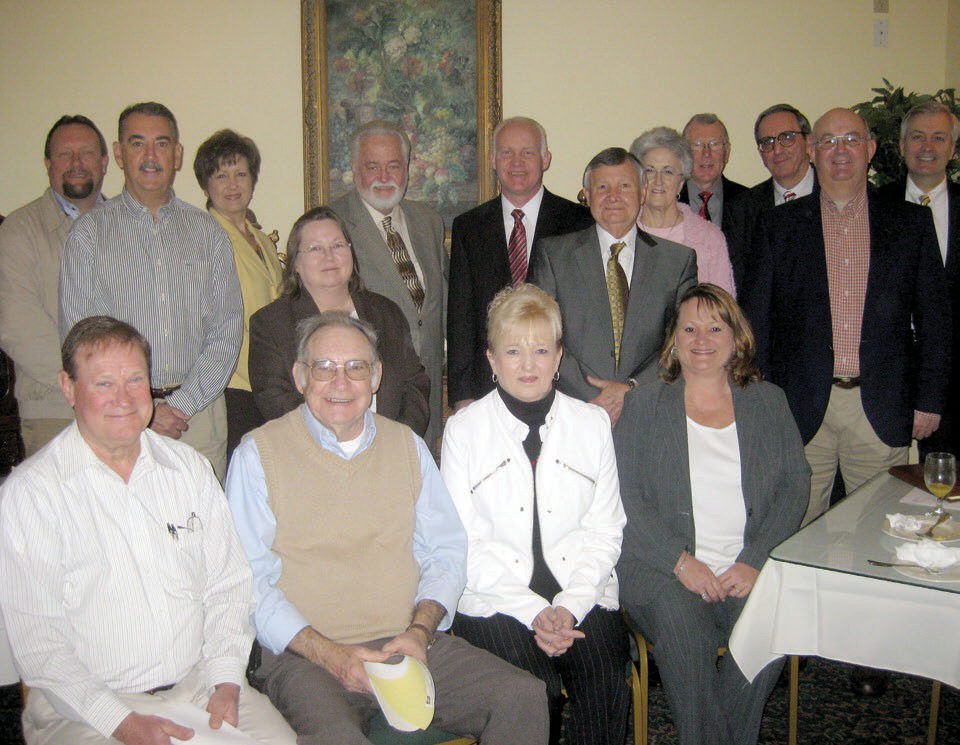 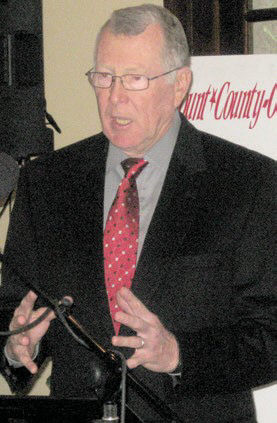 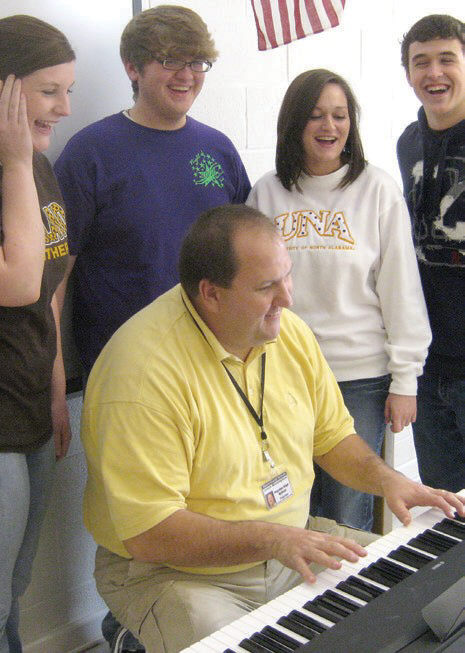 Ear training. It’s sometimes, but not always, this much fun. From the left: Joslyn Chambers, Thomas Reid, Laurin Friday, Joseph Boehm. Director Jason Winningham works out on the keyboard.

The mall is an innovative concept that has attracted attention from around the state since its inception. It involves consolidating under one roof many of the critical services needed by the county’s underprivileged, as well as by youthful offenders who have become involved with the court system. 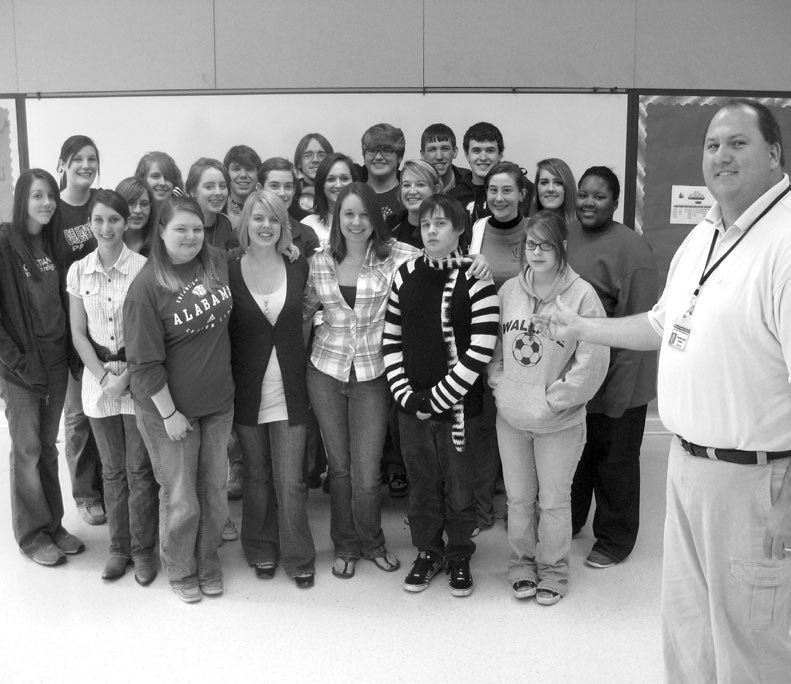 Introducing (fanfare) the Hayden High School Choir, directed by Jason Winningham. Actually it’s only half the choir. The other class just missed out.

Subsequently, other agencies have moved into the mall, including Quality of Life Clinic, the Blount County coroner, the sheriff’s department narcotics unit, and several other smaller agencies.

Stage two of the renovation project began in 2007 and is now in its final stages. It will provide space for relocating the juvenile court system, juvenile probation office, and associated agencies from the courthouse to the mall in the coming months.

Health care authority made it go

Wendell Ellis, chairman of the Blount County Health Care Authority, reported last week that the cost of the project thus far has been about $1.25 million, with $1 million coming from the health care authority, plus a grant of $250,000 received through ADECA, with the help of U.S. Sen. Richard Shelby.

Ellis said the building has been renovated at a cost of about $40 a square foot, versus. $150 a square foot that it would have cost to build it from scratch. The Blount County Health Care Authority has played a major role in bringing the vision to reality from start to finish.

District Judge John Dobson, one of the founding visionaries, sketched the elements of the ambitious project that started out “without one thin dime” to support it, according to co-visionary Bud Jones, director of Hope House. The idea was to consolidate family support services, beginning with comprehensive provider Hope House, in the old hospital which happened to be located in a part of town where related services were al- ready clustered within a block of the mall: the county health department, the mental health department, the community action office, and county transportation.

Dobson then provided a graphic description of crowding at the courthouse that has made relocation to the Family Services Mall a solution providing not only relief but synergy.

“We have no waiting room other than the hall,” Dobson said, referring to conditions at the district court’s current courthouse location. “So we’ve got victims sitting out there next to perpetrators, and attorneys with no place to meet with their clients, trying to have confidential discussions in the hall.”

He added there are many others involved in ongoing cases who need quiet, secure areas to meet: district attorney’s office representatives, juvenile case managers, mental health counselors, witnesses, CASA, department of human resources representatives, and others.

“There’s grant money available to support programs and services, but you’ve got to have a place to house them The services mall will provide the space we need to better serve the citizens of Blount County,” Dobson said.

Dobson added that with many services spread out at multiple locations around the town and county, people referred to various agencies often just never find their way to them, and thus never receive the aid they need. “Now, we’ll be able to walk them right down the hall to some agencies, and others are located nearby within walking distance,” he said. Dobson said that in the future, DHR may be located in the Family Services Mall as well. At present, it is the main remaining human services provider not located in the complex.

During the period of the project’s implementation, Wendell Ellis has succeeded Phillips, and David Standridge has succeeded Royce King, but thesuccessors have provided leadership and continuity to see it through tocompletion, Carr said. Carr did not include himself as a member of thatvisionary group, but he was a member from the outset and provided the crucial contact with Sen. Richard Shelby to get the grant that created impetus for the project. Carr said Rep. Elwyn Thomas has been invaluable during more recent stages of the project in opening doors that might otherwise have remained closed. Carr interpreted the project’s entire life as a case history of and an object lesson in cooperation.

Present at the breakfast meeting were three members of a Marshall County delegation and Marshall County District Judge Howard Hawk, who had come to hear the presentation and arrange a tour for later in the spring. Other counties that have expressed interest in visiting the mall are Calhoun, Walker, and Mobile, Jones said.

The Blount County Commission will soon assume management of the Family Services Mall as a county building.