Born in the middle of a pandemic 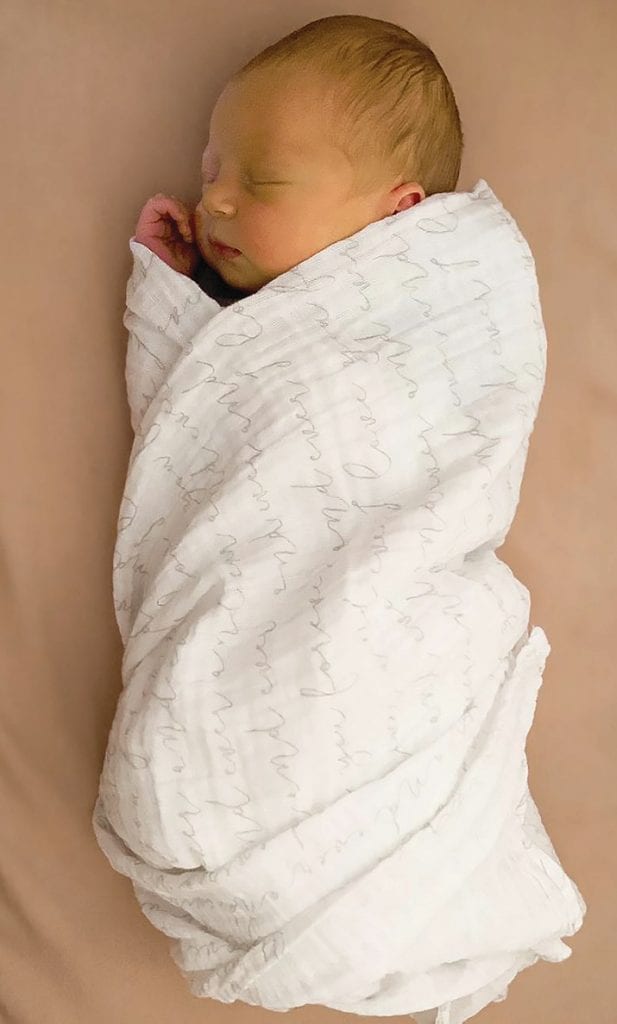 As parents, the pending birth of a child is usually a stressful time. As first time parents, the stress can be even greater. Blount County natives Brian and Savannah Daily were among many parents with a due date in the next couple of weeks. As a member of the military, Brian is based in South Carolina. It is just them, as their family is hundreds of miles away.

Brian and Savannah had decided to let nature take its course and she would not be induced unless she reached week 41. As Savannah’s delivery date approached and the World Health Organization declared a pandemic, they began to rethink the possibility of being induced. Hospitals around the nation had begun to tighten restrictions on visitors, while some even had a no visitor policy, including spouses.

Savannah did not want to deliver alone. She wanted Brian by her side. The hospital where she would deliver allowed one visitor for patients on the pediatric floor, labor and delivery, and the end-of-life care unit. After talking to Savannah’s doctor, the decision was made to induce her on March 19, just one day before her original due date.

As the day approached, Savannah continued to worry about Brian being able to be by her side. Knowing that hospital policies were changing day-by-day, minute-by-minute, she was nervous. She also knew that everyone entering the hospital had to be screened.

The “what ifs” continued to play over and over through Savannah’s head. What if Brian’s allergies cause him to have a runny nose and he wouldn’t be allowed into the hospital? What if the visitor policy does change to a no visitor policy? Would she be alone during the birth of her baby? Would she be able to get formula for the baby? Fortunately her fears were calmed when Brian was by her side the day Savannah was admitted and induced.

After a normal labor and delivery, a healthy baby girl named Matilda Mae “Tillie” Daily entered the world at 8:51 p.m. on March 19, 2020. She weighed 6 pounds and 15 ounces. Brian and Savannah were now first-time parents and both were able to be there to witness this miracle.

Although Tillie had arrived, Brian would have to continue being screened every time he left the hospital and returned. There was still a chance that if he left the facility he would not be able to return if he exhibited any symptoms of being sick or if they indeed implemented a no visitor policy. Fortunately, he made it through the screening process every time.

Despite being a big hospital, Brian said the facility only had one entrance/exit for everyone, including staff. The checkpoint had one doctor and one nurse stationed there at all times. The screening process had extra steps including more questions of those entering the facility, as well as visitors having to wear face masks. Security escorted visitors to the floor of the patient. A parking garage was closed, so finding a parking place was more difficult. The cross walk was also closed to everyone unless they were escorted outbound by security.

After two days, the Dailys (now a party of three) left the hospital to begin the adventure of parenting. They continue to have a no visitor policy now that they are home in hopes of reducing the threat of anyone, especially Tillie, getting COVID-19. Grandparents are waiting in the wings to be able to get their first real glimpse of and hold their precious granddaughter. Brian said it is a hard decision to make, but he and Savannah are not taking any unnecessary risks. Until then, there will be a lot of pictures shared between family and friends.

As the world continues to battle the COVID-19 pandemic, Matilda Mae has no idea about the crisis. She only knows that she is loved immensely, and, when she is learning history later on in life, Tillie can say she was part of history in the making.