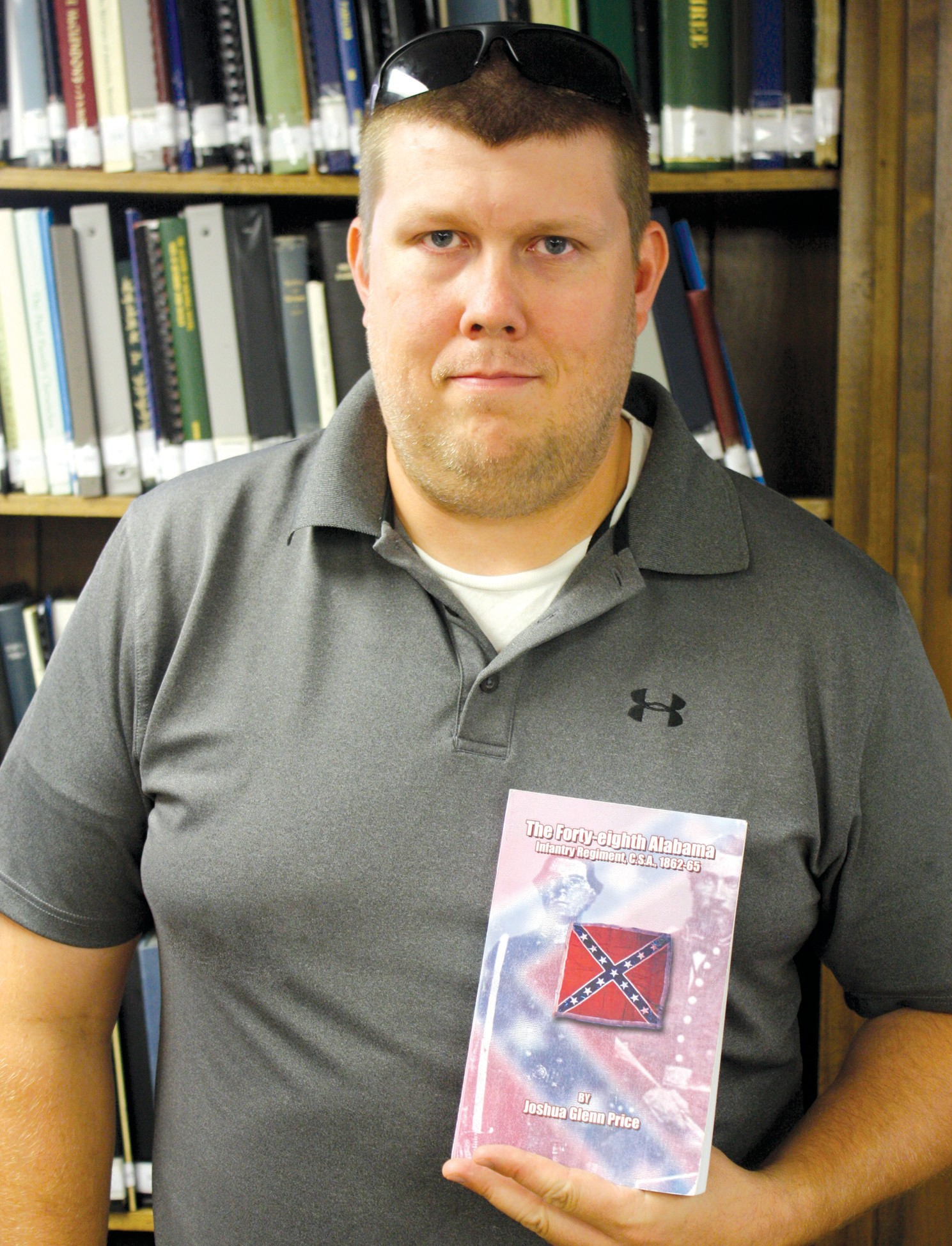 “The Forty-eighth Alabama Infantry Regiment, CSA., 1862-65” by Joshua Price is now available for purchase at the Blount County Memorial Museum in Oneonta.

Price, a history teacher and baseball coach at Susan Moore High School, says the book began when he was still an undergraduate at Jacksonville State University.

“This started off as a 10-page paper that morphed into my master’s thesis, and eventually into a book,” Price said.

The book tells the story of a particular unit from Blount County and the surrounding areas during the Civil War.

Price, a West End High School alumni, graduated with a bachelor’s in history in 2008 and a master’s degree in 2010. His book was published the same year.

Price also edited documents he found in the Jacksonville State University library which he entitled, “The Civil War Letters of John M. Anderson.”

Price says he is currently working on another book about the 19th century Alabama Infantry Regiment that included soldiers from Blount, Jefferson, Pickens, and Cherokee counties. He says he believes the book will be finished this time next year.