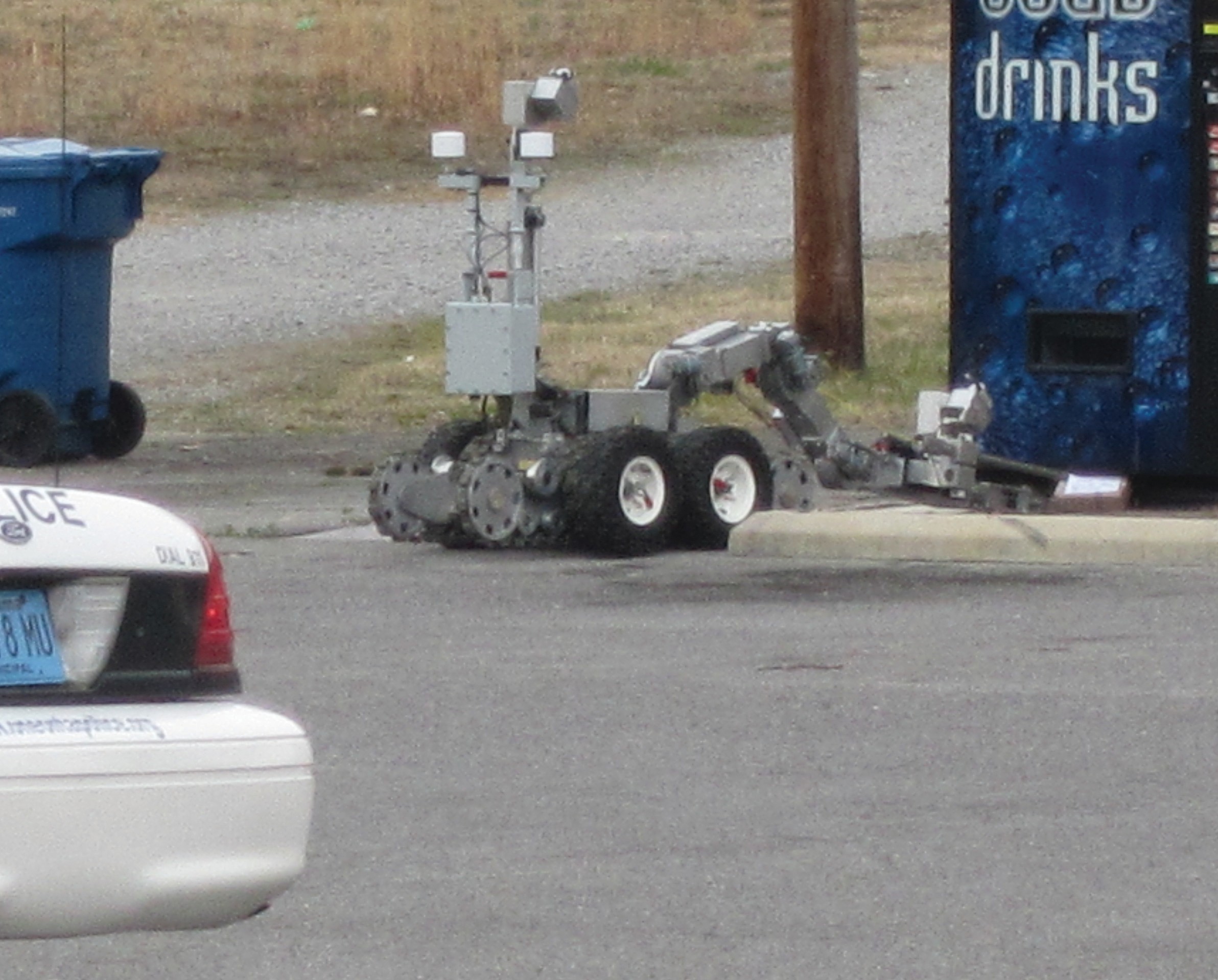 Visitors to The Laundry Basket in Oneonta got a scare last Friday morning when the manager discovered a small box under the vending machine outside. She called 911 and within minutes the Oneonta Fire Department, Oneonta Police Department, and bomb squads from both Jefferson County and the Alabama Bureau of Investigation had mustered to the scene. A wheeled bombhandling robot was dispatched from the parking lot next door to pick up the box from where it had been left in front of the vending machine. It was subsequently X-rayed and found to contain – a plastic ice scraper. The Oneonta Police Department has the box and its contents and will deliver it later to the Department of Forensic Science in Montgomery to see if any fingerprints can be recovered from either the box or the scraper itself. Oneonta Police Department spokeswoman Judy Underwood said the perpetrator, if apprehended, would be charged with making a terrorist threat, and punished by a judge accordingly. – Ron Gholson