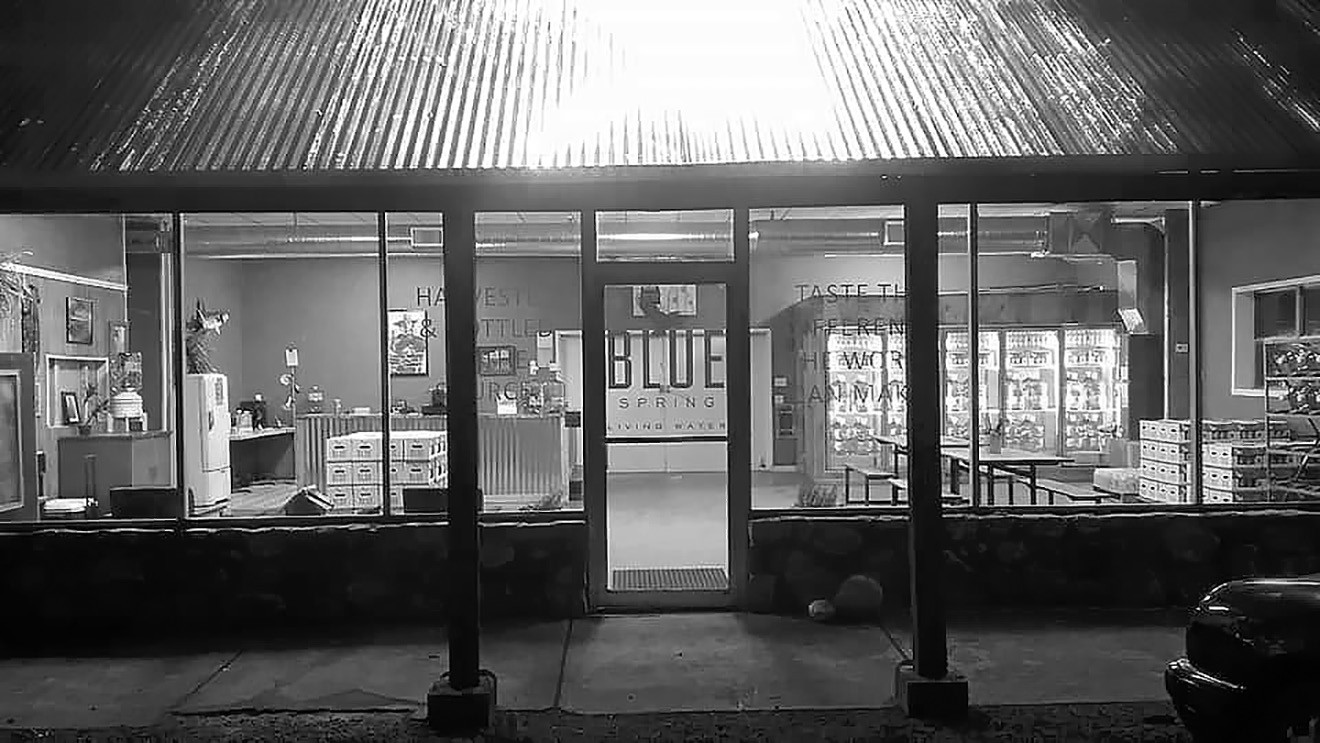 Blount Countians know about Blue Spring water. They know about the fabulously clean, nearly million-gallon-a-day beautiful, blue spring in a field under a barn bearing its name on the west side of U. S. 231 between Blountsville and Rainbow Crossing.

They know and their parents know that it was real good water: smooth, soft, clear, even with restorative properties, some said, citing relief of arthritis or rheumatism symptoms they attributed to the water. They knew they couldn’t always get it when they wanted it, because sometimes, there was no water at the store – because there were no people at the store to sell it to them.

But that’s about to change. Blue Spring water is back, and its prospects are better than ever. The bottling equipment is repaired, restored, and reassembled and bottling is proceeding – since mid-October – with renewed vigor as a new team of bottlers ramps up the operation (1,000 gallons in 5-gallon jugs and 128 cases or about 2,000 16-oz. bottles delivered last week) in preparation for a statewide rollout of Blue Spring Living Water in December. 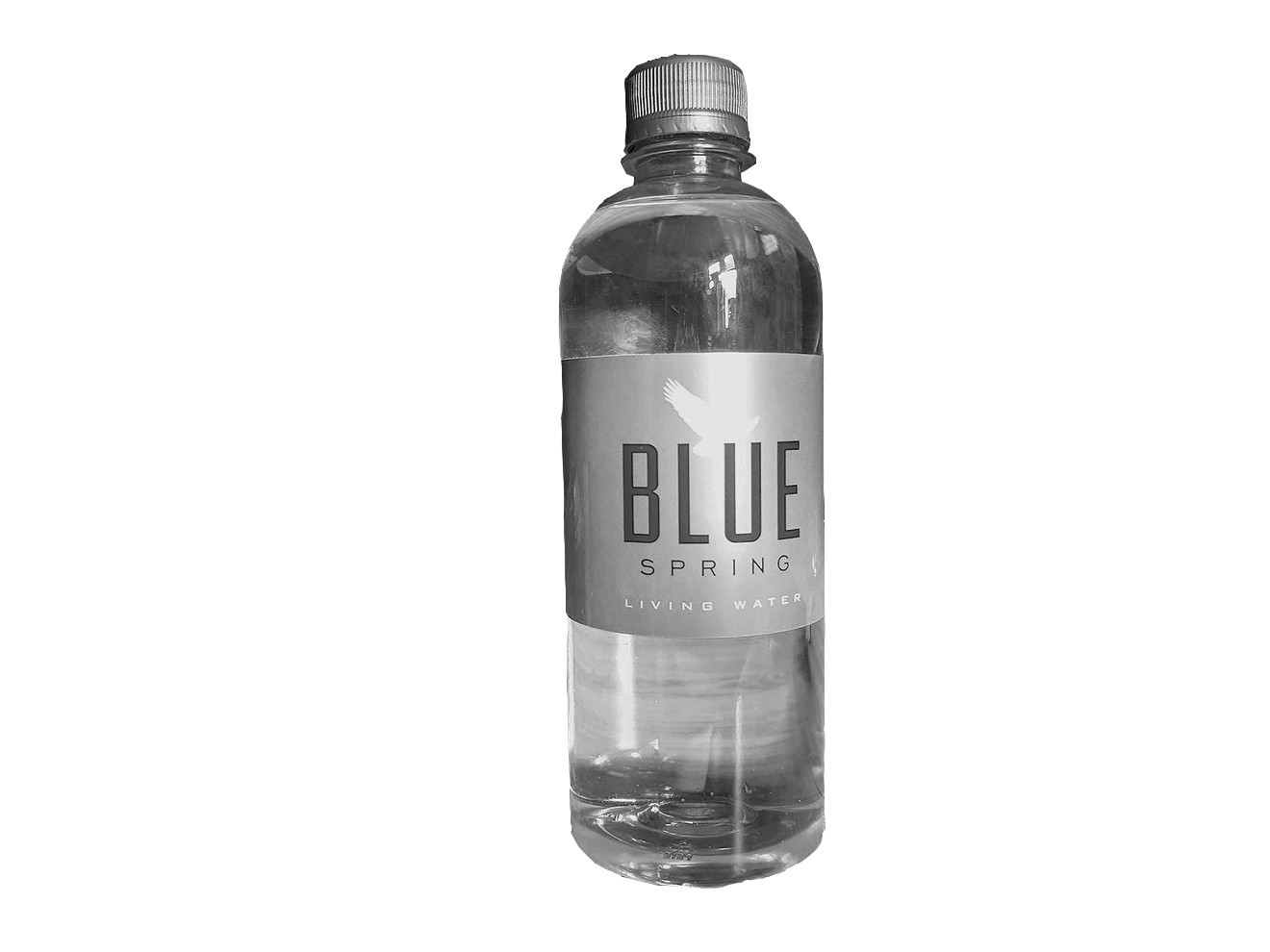 LEFT: IS THIS THE NEW BLUE SPRING BOTTLE DESIGN? Let’s call that a qualified yes. It’s the bottle you’ll see on the shelf and want to buy in the coming weeks. But it’s really just an updated take on the timeless design of Blue Spring Living Water. And that product descriptor? “Living Water”? It’s not incidental, but you’ll have to get the full explanation from the creators. A hazarded guess: think of water as the staff of life.

So, when and where can you get it? If you make the drive to the store-front office and bottling plant on U. S. 231 a few miles north of Blountsville, you can get it NOW. It’s the glass-fronted building near the highway, right adjacent to the barn with Blue Spring on the front. But that’s the only place you can buy it locally until roughly the Christmas holidays. That’s about how long it will take to give the distribution channels time to reach retail outlets throughout the network. Then you will find it in grocery stores, convenient stores, and some specialty food, snack, and gourmet product stores around the county. 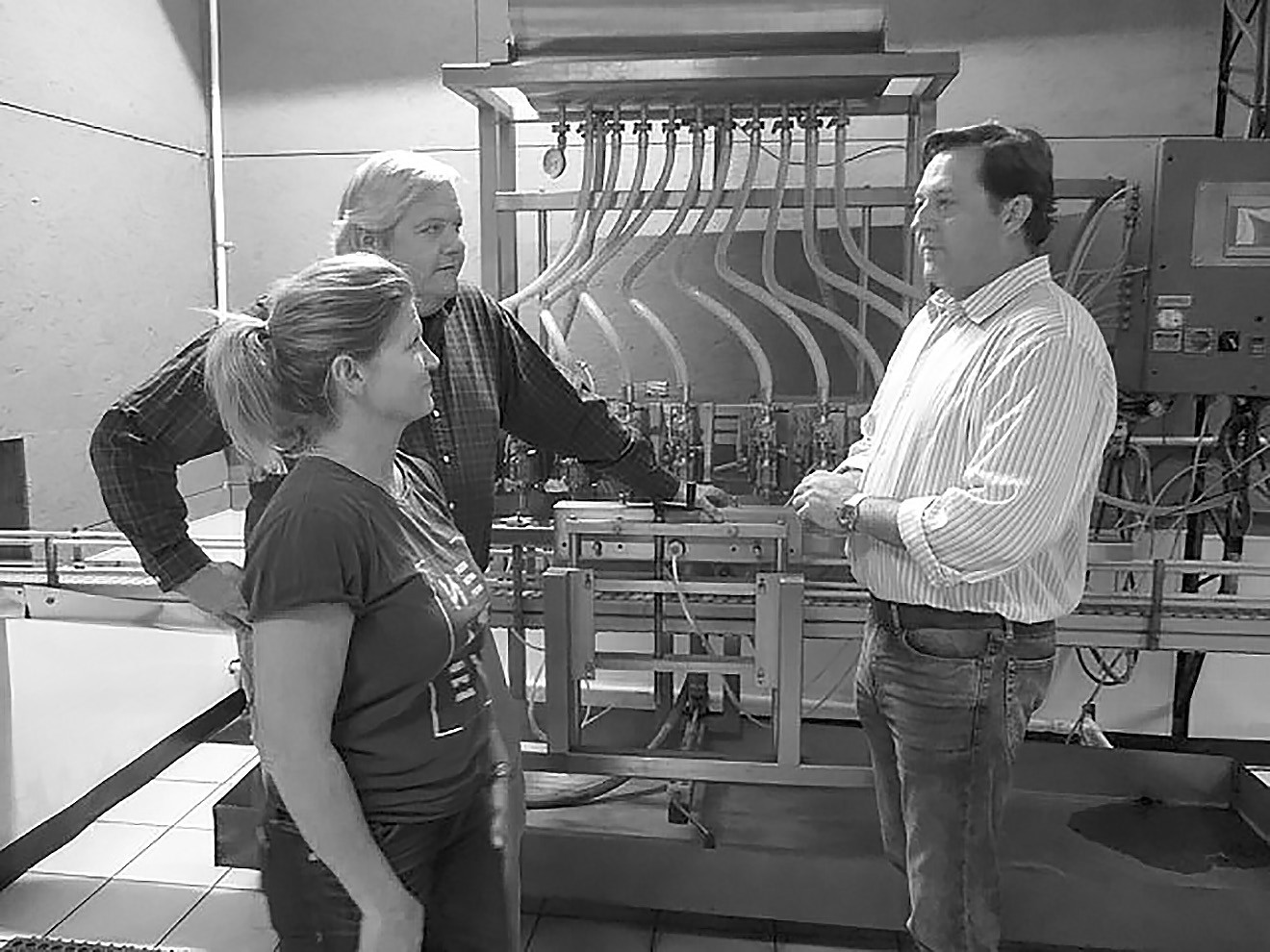 WHO ARE THOSE GUYS? They’re the new Blue Spring Living Water bottling and marketing team. From the left, Andrew Allison, who revamped the bottling equipment and makes sure it runs on time; Elizabeth Savage, who heads the sales and marketing effort; and Cameron Cardwell, who leads the overall operation, specializing in the big picture view, conceptual thinking, and making sure everything gets done on time and fits together smoothly. As you might guess from the descriptions, they don’t do titles, preferring to all pitch in together to make sure objectives are defined and achieved. 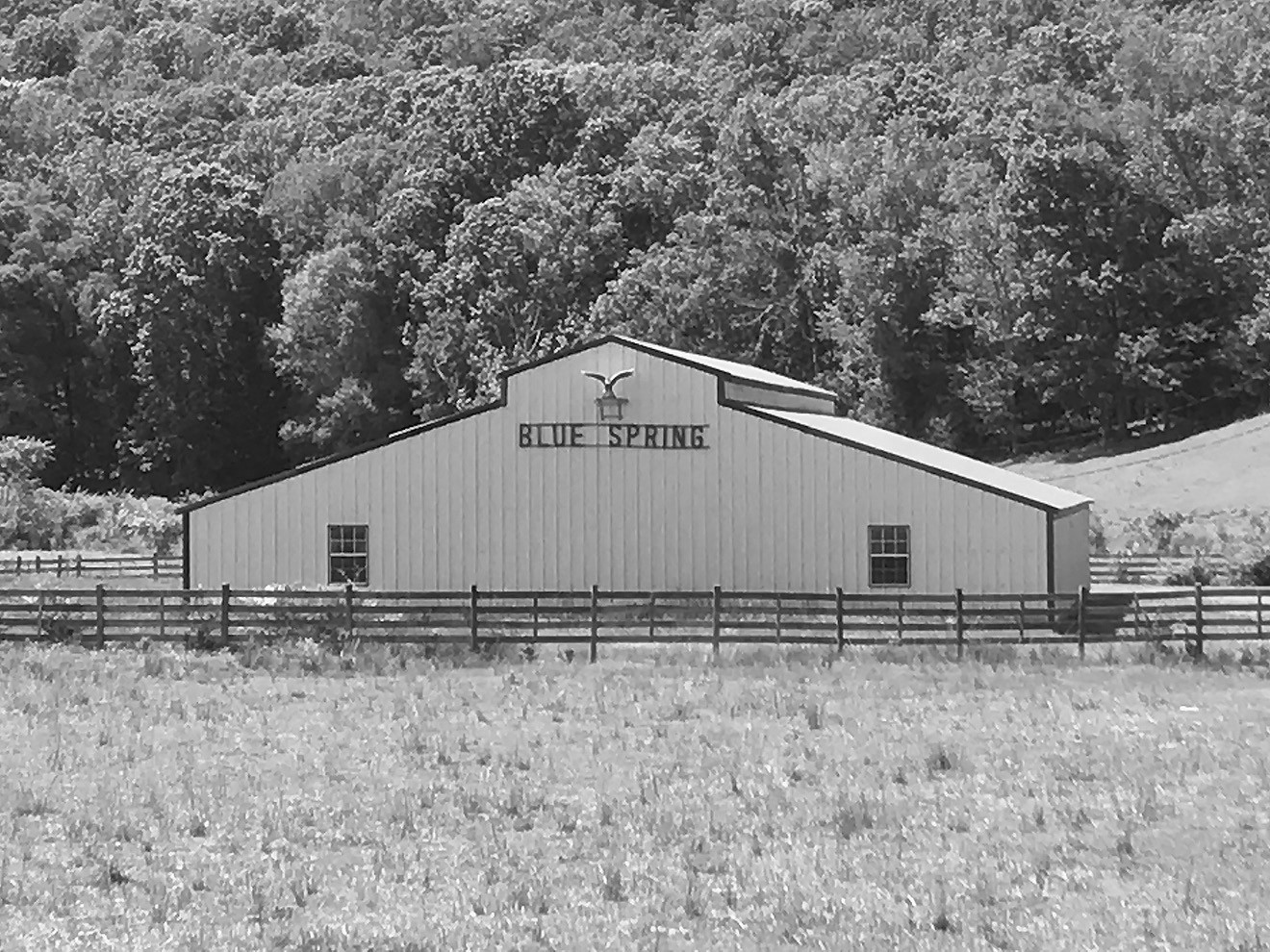 ABOVE: IS THAT WHERE THE SPRING IS? Yup. Most Blount Countians probably know that, but perhaps some don’t. Especially younger ones. That barn houses the spring, and is a requirement for keeping the water source uncontaminated. It houses more than the spring itself. It houses a historical site with roots going back to the archaic period of native America, including rich traditions extending forward through the early settlement period by pioneers. It also houses a source whose significance projects forward into the future as water itself, its availability and purity assumes increasing importance in a world of environmental change.

IS THAT THE WATER STORE? Yes. Always has been ever since they first began bottling there years ago. You can get water there now, and you can get water there later, after the statewide rollout, but it’s going to undergo a transformation even greater then the recent one when it was renovated and restored. The one-of-kind concept (for Blount County, anyway) is to create a healthy specialties haven/ heaven for edibles, certainly including drinkables like Blue Spring Living Water, but that might include locally produced specialty products like furniture, artwork, perhaps more. If that seems vague, the list below will provide an example of the kind of gourmet edible products would be featured – much, but not all, of it locally produced: fresh organic produce; select prime meat cuts; vitamins and related (natural?) health supplements and nutrients; local goat cheese, and perhaps other goat milk products; honey; locally ground coffee blends; and gourmet stuff: cookies, granola, cheese straws, fancy pecans, etc. Here it takes another interesting direction: a sustained emphasis on community support and community relationships, sharing health-related information, connecting with people on a level beyond the purely practical.

Words fail from lack of sufficient understanding, but these folks are projecting a new and fascinating vision for retail practice in Blount County.