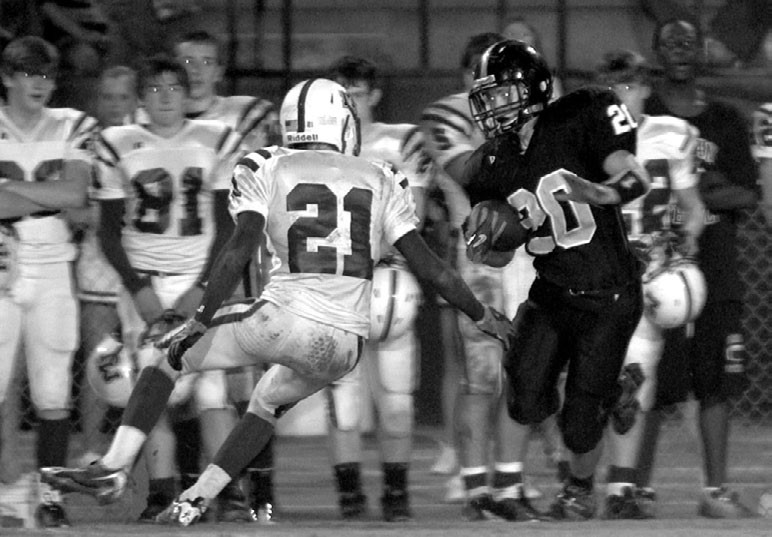 A familiar theme was in play last Thursday night as the Hayden Wildcats were their own worst enemy in a 38-12 loss to the visiting Mortimer Jordan Blue Devils.


The Blue Devils forced six Wildcat turnovers, including a 48-yard interception return for a touchdown on the Wildcats’ second possession of the evening.

While the Hayden offense had trouble hanging onto the ball, the Wildcat defense was eventually worn down by a Blue Devil offense that had more than enough weapons.

Trailing 31-0 at the start of the fourth quarter, the Wildcat offense showed some life with a pair of touchdowns.

Reese Butts hit Seth Gardner on a 3- yard touchdown pass and Isaac Veitch added the final points of the night with a 20-yard run with 4:27 left to play.

Veitch led the Wildcat offense with 71 yards and a touchdown on 18 carries. Butts had 44 yards on 10 carries and Jared Hargett added 43 yards on just three attempts.

Matt Brown had another strong game on defense for the Wildcats with a gamehigh 13 tackles.

Hayden finished with 250 yards of total offense but Mortimer Jordan totaled 443 yards on the night.