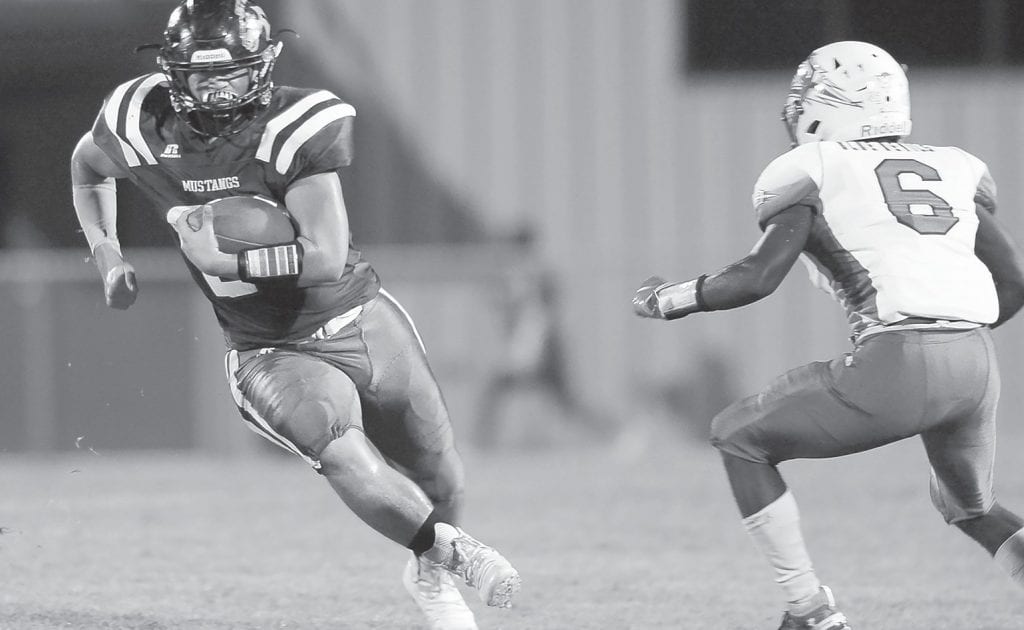 The Southeastern Mustangs took on the Sulligent Blue Devils this week losing by a score of 18-39. Neither team found the end zone in the first quarter. The Blue Devils jumped to a quick 20-6 lead at the half. The only score for the Mustangs came on a touchdown pass from Trent Carpenter to Joey Chafin.

In the third the Devils put up 12 more points making the score 32-6. The Mustangs scored once in the third quarter on a touchdown carry from Kevin Juhola bringing the score to 32- 12 at the end of the third.

Both teams scored once more in the fourth with Carpenter finding Mason Golden through the air for a touchdown bringing the final score to 39-18 and a Mustangs’ loss.

The Mustangs fall to 2-4 on the season. This week they travel to Aliceville to face the Yellowjackets (5-1) who defeated Winston County last week 39-0.