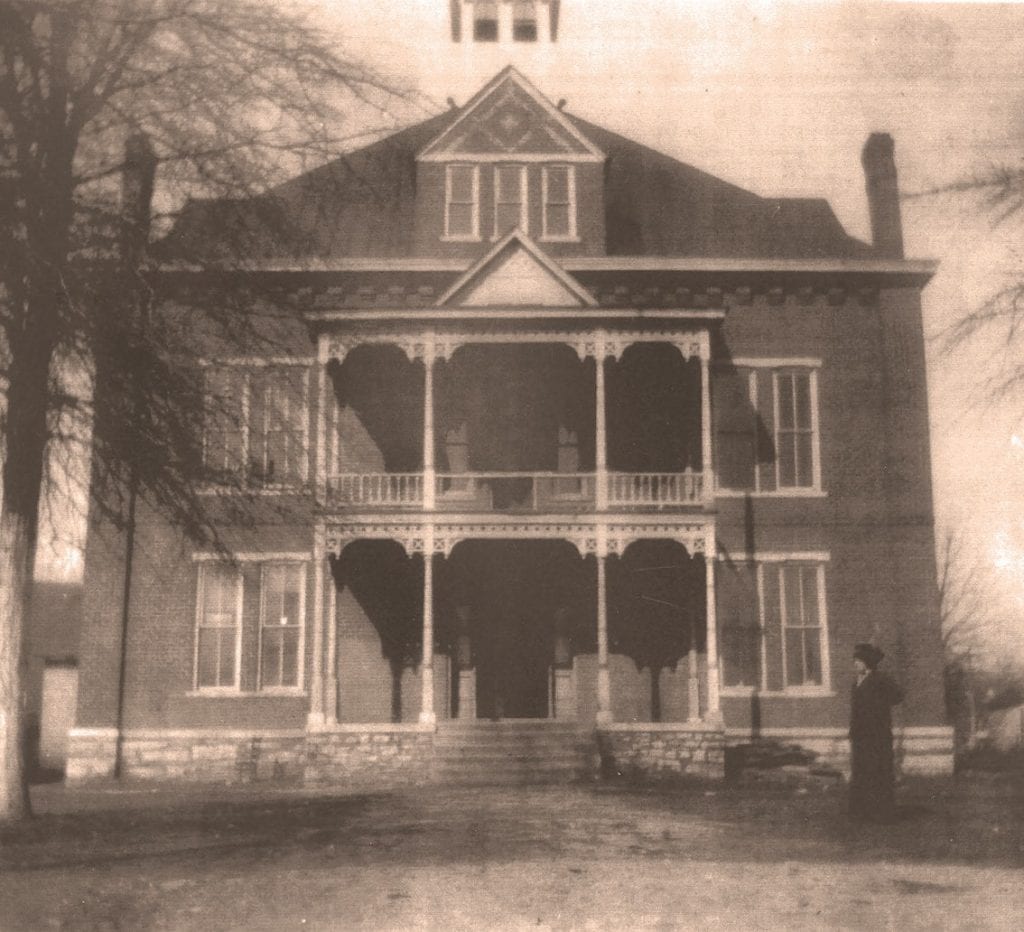 Blountsville Courthouse about 1888 before it burned in1895. -courtesy of Blount County Memorial Museum

While Blountsville officially turns 200 years old this year, ancient burial grounds and petroglyphs document people traveling through the site of today’s Blountsville even before the first settler, Caleb Fryley, made his home at what was then identified as Bear Meat Cabin (Blountsville) in 1816.

So much rich history, as well as some fun facts, have evolved since that first settlement. Today begins a series of articles that will provide readers with some of the rich knowledge of Blountsville history. 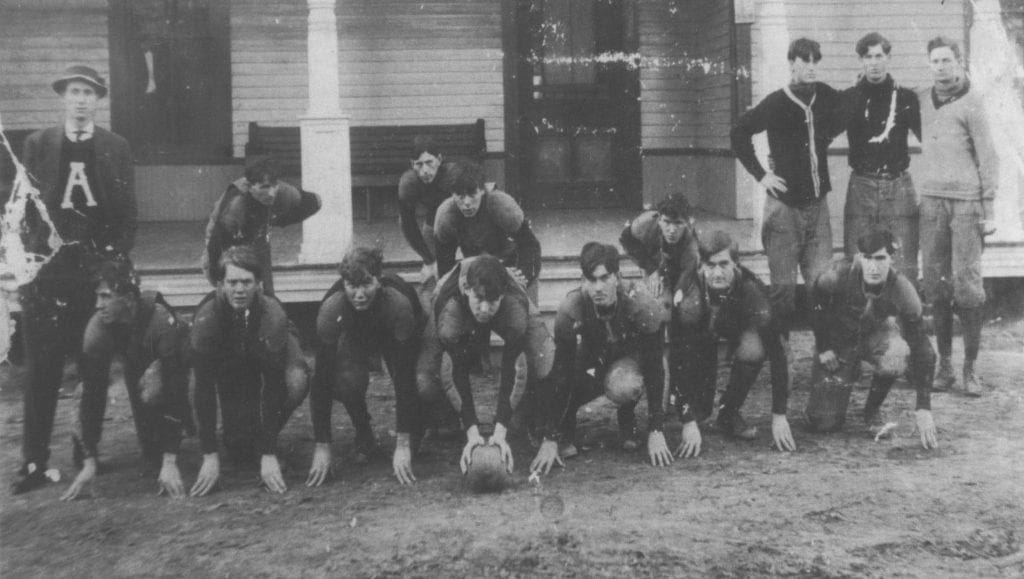 Since its inception as Bear Meat Cabin in 1816 and being named after the Creek Indian chief to the first church being founded in 1818, Blountsville has had many other milestones over the past 200 years.

Some of these milestones are revered as great, while others are simply just milestones that have allowed Blountsville to develop into a town with the presence of its important past to be maintained even today.

Tennesseans began trading at Bear Meat Cabin Village in 1816. The name was officially changed to Blountsville and it was made the county seat in 1820.

By the 1860s, Blountsville stood at the intersection of eight roads, including five major highways through northern Alabama. Merchandising, liquor sales, and blacksmithing continued to boost Blountsville’s economy. Several boarding houses, including The Nation House, Copeland Inn, and Barclift House, took in tenants during the stagecoach days.

George Powell, one of the earliest settlers of the area, who became one of the first surveyors of Alabama, and who later authored the first historical account of Blount County, wrote this of Blountsville in 1855:

“Blountsville, is the county seat of Blount, and contains twenty-five families. The courthouse and jail are brick – all of the other buildings are of wood. It has two churches, a Temperance and Masonic Hall, and a good schoolhouse called an Academy. Of the inhabitants, three are physicians, two are preachers, two lawyers, four dry-goods merchants, one tavern-keeper, two grocers, four blacksmiths, two wagon makers, one cabinet maker, two tailors, and one tanner. Blountsville has no shoemaker – no saddle or harness-makers.”

Holding a strategic position during the Civil War, Blountsville operated a depot there for refurbishing horses. It also was the site of the cemetery scene of the Forrest- Streight Raid in May 1863, when Confederate and Union forces briefly collided in the town.

The county seat was moved to Oneonta in 1889, after a diverse struggle among the citizens. Records were taken secretly at night across Graves Creek Covered Bridge, which is located just above the present-day Mardis Mill.

Despite no longer being the county seat, being bypassed by railroads and interstates, Blountsville survived.

Blountsville United Methodist Church is the town’s oldest building. Built in 1818, it remains in use today.

Celebrating 200 years is a remarkable time to share some of the town’s monumental history. Blountsville Historical Society member Jane Wright said, “We are just trying to preserve and appreciate our history.”

Society member Betty Alexander said she believes the phrase, “Where the past stirs the soul,” puts everything into perspective as everyone works together to preserve Blountsville’s profound history.

The Blountsville Historical Society, the Town of Blountsville, and other community members are working on several events throughout 2018 to highlight this historic era.