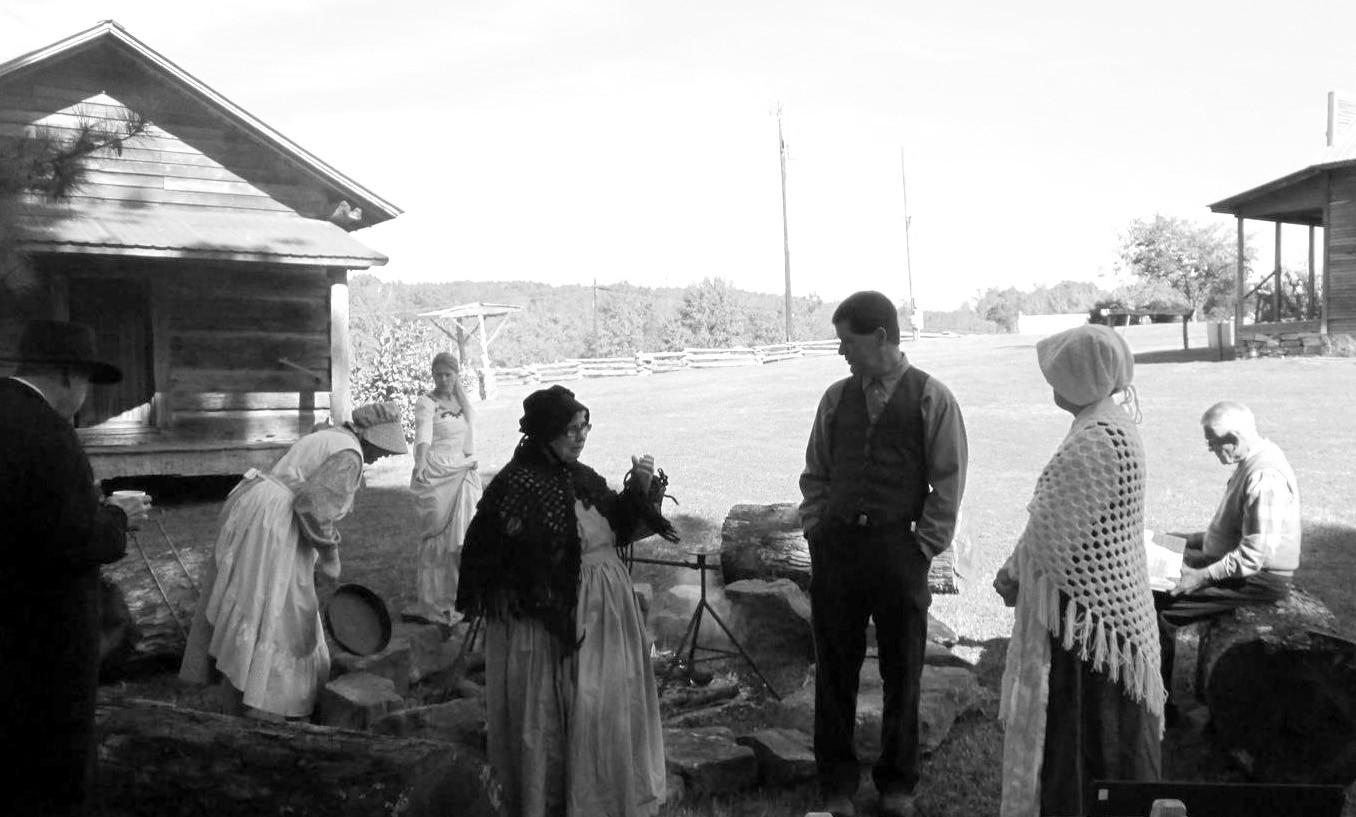 On Saturday, Blountsville Historical Park stepped back in time during Heritage Day in what attendee Betty Alexander described as fun and interesting while also proving to be educational. Event-goers dressed in 1800s attire, churned butter, sat by a fire, and enjoyed the company of those around. Speakers during Heritage Day added to the enjoyment. The park sits on a site of many historical events and speaker Dan Fulenwider detailed those happenings which included when thousands of people came down a trail during the Alabama Fever of 1816-1818. Speakers explained how Andrew Jackson and Davy Crockett are key notables associated with the area. Fulenwider said Jackson sent 700 troops to the area, and Crockett was included in that group. The day also included worship in the chapel at the park featuring Matt Mobley and music of Old Book Singing led by Marlin Beasley. – Nicole Singleton