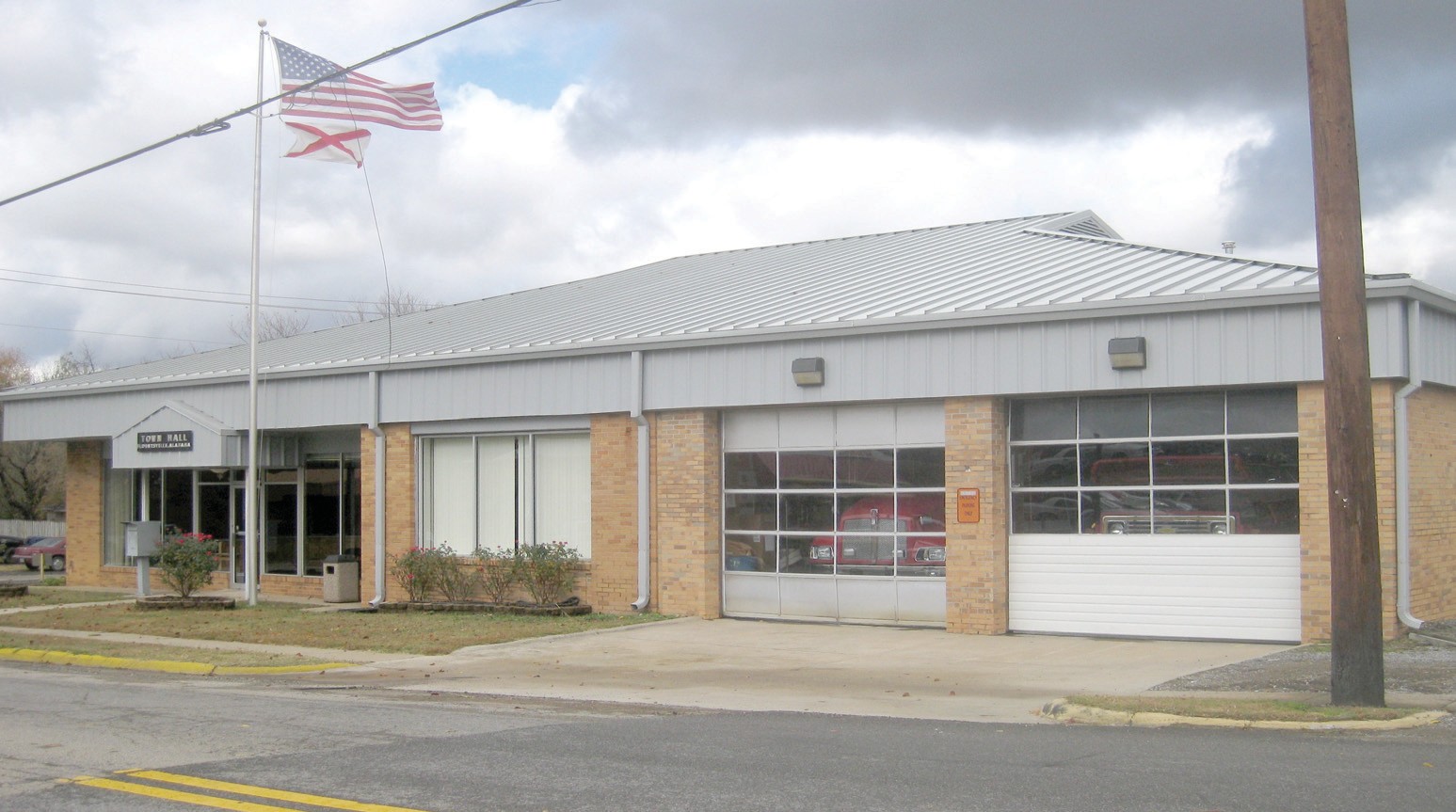 Existing Blounstville fire station will be incorporated into Blounstville city hall, which will expand other town functions into the fire department area once the new fire station is completed late next spring, according to Mayor Randy Millwood.

In a special meeting called last week, Blountsville mayor Randy Millwood announced that the town has received a Community Development Block Grant of $250,000, which the town will match, to build a new fire station.


The station will be built on an acre donated for that purpose by Superior Bank. It will be located on U.S. 231 about a mile outside of town, situated on a vacant lot between Jack’s Restaurant and the former Community Bank headquarters complex.

Millwood said he expects the bid for the building to be let in January or February with completion and move-in set for 90 to 120 days later, perhaps in May or June.

“This fulfills one of this administration’s main commitments to this community – to provide an improved fire department and a new station,” he said. He said the council had to choose between the fire station and sewer rehabilitation. Grants for both were approved, but only one could be awarded, he said. The council chose the fire station as priority number one.

Millwood said the council started grant-seeking over two years ago. This was the third grant application for the station filed during that time. He said he had been informed the week before the announcement that the Blountsville application had scored well in the competitive evaluation process and that the town would likely receive the grant.

“This has special meaning to me,” said Blountsville fire chief James “Red” Overby. “I thank this administration for their great efforts to make this a reality after so many years.”

Superior Bank chairman Stan Bailey was among about 30 officials and interested citizens at the meeting. “We’re pleased to be a small part of the progress Blounstville is making,” he said, responding to Millwood’s thanks for the bank’s donation of property for the station.