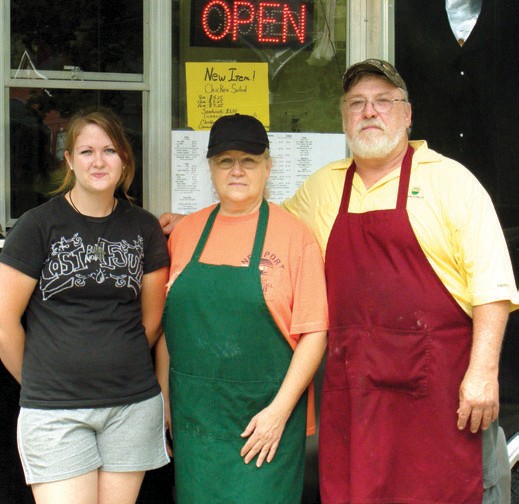 The 2009 search for Blount’s Best Burger has ended and the winner comes from what may be a surprising source – D & R BBQ in Trafford.

How close was the voting? Well, on the new improved best-out-of- 100 rating system, the winner averaged 98.32 in the five categories (appearance, bun, meat, condiments, and taste). Covered Bridge Grill was second at 96.72 while Pearson’s was third at 95.4. 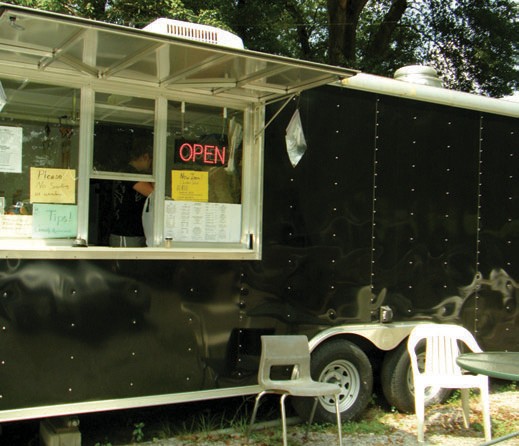 
The little trailer that D & R operates out of is right on Ala 79 just across from the former Mr. Willie’s Restaurant. If it’s fancy you want, this is not the place for you.

There are a couple of picnic tables in front of the trailer for eating or waiting and an eclectic menagerie of items scattered about the grounds for browsing – kind of a barbecuerestaurant meets-yard-sale look.

The burger that won for D & R was the JB Burger, named for Jeremy Barrett, the son of restaurant owners Rebecca and Dan Barrett.

You can say that the secret to the JB is simplicity – with a little extra kick.

The large cheeseburger comes with extra cheese, lettuce, tomato, onion, pickle, and mayonnaise. All that on a huge, specially-seasoned patty with just a touch of the restaurant’s homemade barbecue sauce.

The JB is not for the faint of heart. This is a big, in-your-face burger with a little bit of spice (from the barbecue sauce) and a ton of flavor.

It’s also not to be eaten if you’re headed back to the office after lunch. A white dress shirt and a JB simply do not mix – it’s best to have a bib or a towel handy.

Dan’s father was a cook with the Merchant Marines for more than 20 years, so he comes naturally by his love of cooking.

According to the restaurant’s Web site, www.dandrb
bq.com,
Dan developed most of his own cooking techniques and sauces on his own. He worked for many years at O’Neal Steel where his coworkers talked him into opening his own restaurant.

D & R was once located across from Locust Fork High School. However, the restaurant was forced to close after the building sold.

It took awhile but Dan and Rebecca finally were able to find their new location and get it up and running.