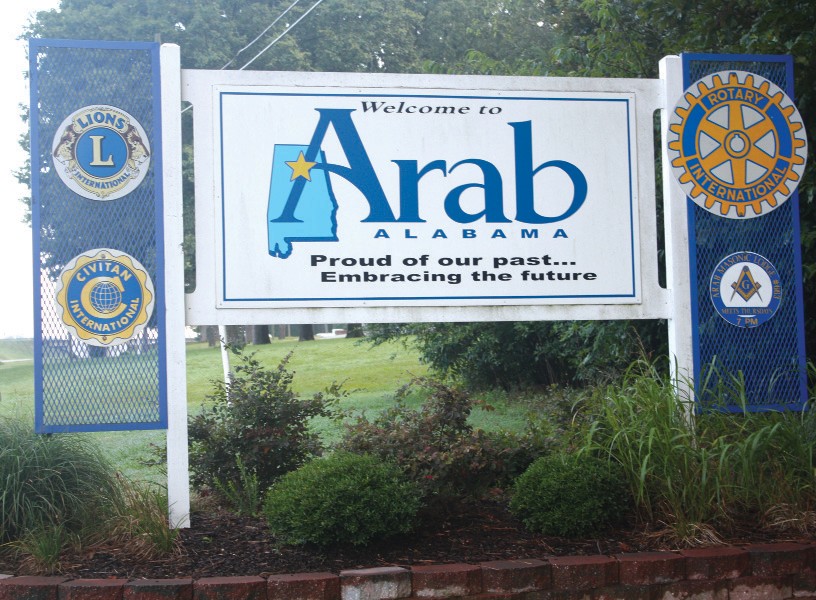 The City of Arab has seen financial benefit since making the sale of alcohol legal in 2009.

In 2009, the first alcoholic beverage was sold in Arab. Since then, Arab citizens have experienced firsthand what might be awaiting Blount County residents if alcohol sales become legal after Nov. 7.

The recent push to have another wet versus dry vote in Blount County has resurfaced, which leaves some excited and others fearful. However, considering the close proximity Blount County has with Arab, the decision of the Blount County voters could mirror what has already taken place in Arab.

“It hasn’t made us any worse,” said Ronny Shumate, Arab City Council president. “Financially, it has helped our city.”

Shumate, a council member since 2000, said he understands people’s moral arguments, but the extra sales tax revenues has provided the city with money to buy new equipment and raise some salaries, and the crime rate hasn’t increased.

“People drive through and don’t know we are a wet city,” Shumate said. “We don’t have beer stores on every corner. We only have four package stores, and we have three service stations and four restaurants that serve alcohol. We are limited because of our ordinances.”

A 28-year veteran of the Huntsville Police force, Shumate says since the passing of the wet vote not only has domestic violence reports declined, but DUI cases have also decreased.

“A simple example would be if you go to Krispy Kreme. After you get on the road, you’ll want to eat those doughnuts,” Shumate said. “But, if you live only five or 10 minutes away, you’ll wait until you get home.”

According to Arab city clerk Tony Willis, this fiscal year the city has budgeted $410,000 in alcohol sales and has currently taken in $302,000. Willis said he expects the city to get close to meeting their budget number.

In an article written by David Moore of The Arab Tribune, through April the alcohol revenues in the fiscal year on average was $29,630 per month, which is actually a decrease from last year after a referendum vote in Cullman saw that city go wet.

A study by Kathleen Greer Rossman, associate professor of economics at Birmingham-Southern College, states that, “By allowing the sale of alcohol in Blount County, the data suggest that annual retail sales would eventually be about 20 percent higher than would otherwise be the case. Given the volume of retail sales in fiscal year 2007 – 2008, this would generate increased sales tax revenues of roughly $740,000 annually for the city of Oneonta and roughly $500,000 annually for Blount County.”

Arab allocates 25 percent of their alcohol tax revenue to the city school system and the rest goes to a general fund. Arab city school superintendent John Mullins says he has seen the monetary improvement in the school system.

“From March 2010 to February 2011, the 25 percent generated approximately $115,000,” Mullins said. “The last six years have been the most difficult ever for public schools in Alabama. The flow of tax revenue from the sale of alcohol has been timely and beneficial.”

The effects alcohol sales have had on the Arab City Schools could directly correlate with Blount County schools if the results of the vote in November makes selling alcohol legal in Blount County, according to the Citizens for Blount County’s Future.

Another educational benefit according to Ronnie Branham and Margaret Boatwright of the Citizens for Blount County’s Future, would be the monetary value for those working in the school system. Approximately 2,000 people work in the Blount County and Oneonta school systems.

“This is going to directly benefit the number one employer in Blount County,” Boatwright said.