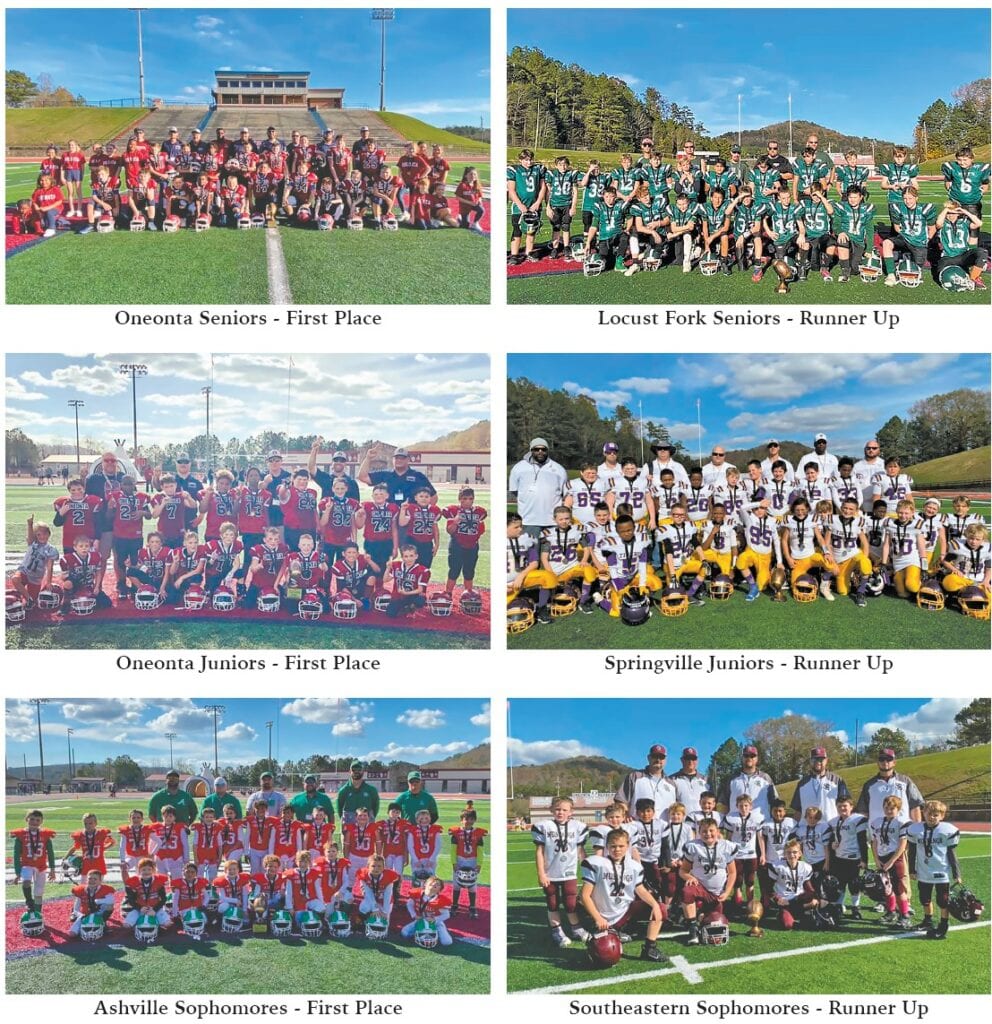 Locust Fork came into the Blount County Youth championship game with one of the senior division’s best records, but on Saturday it was the Oneonta seniors who came out on top 14-12. Head coach Joey Prusha said, “They played their hearts out today. Great job boys; coach loves y’all. This team and season will always be special to me.” The Redskins beat Springville 22-6 and previously undefeated Southeastern 6-0 in rounds one and two.

The Oneonta juniors defeated Springville 13-0 in their championship game. This marks the fifth championship for this group of boys. Oneonta’s only loss during regular season play was a 0-6 hard-fought game against Springville, who was undefeated entering the championship game. The Redskins’ defense didn’t give up any points during the playoffs. They beat West End 29-0 in round one and Moody 36-0 in the semifinal game.

Southeastern and Ashville went head to head in the sophomore championship game with Ashville coming out on top 33-6. When the teams met during week six, Southeastern handed the Bulldogs their first, and only, loss of the season. The Mustangs were undefeated heading into Saturday’s championship game having outscored their opponents 271-19. Ashville beat Appalachian 39-6 in round one and Cleveland 33-6 in round two.

The championships wrapped up a successful season for Blount County Youth Football. Despite the challenges of playing football during a pandemic, they were able to get in a full season of ball. This season, the league added three schools creating a stronger, more competitive league. Ashville, Moody, and Susan Moore joined teams from Appalachian, Blountsville, Cleveland, Locust Fork, Oneonta, Southeastern, Springville, and West End.

The mission of Blount County Youth Football is “to provide a positive environment in competitive sports while fostering character, athleticism, teamwork, sportsmanship, and most of all have fun.” Congratulations to all of these young athletes on a fun season of football.