Blount County will vote on sale of alcoholic beverages Nov. 6 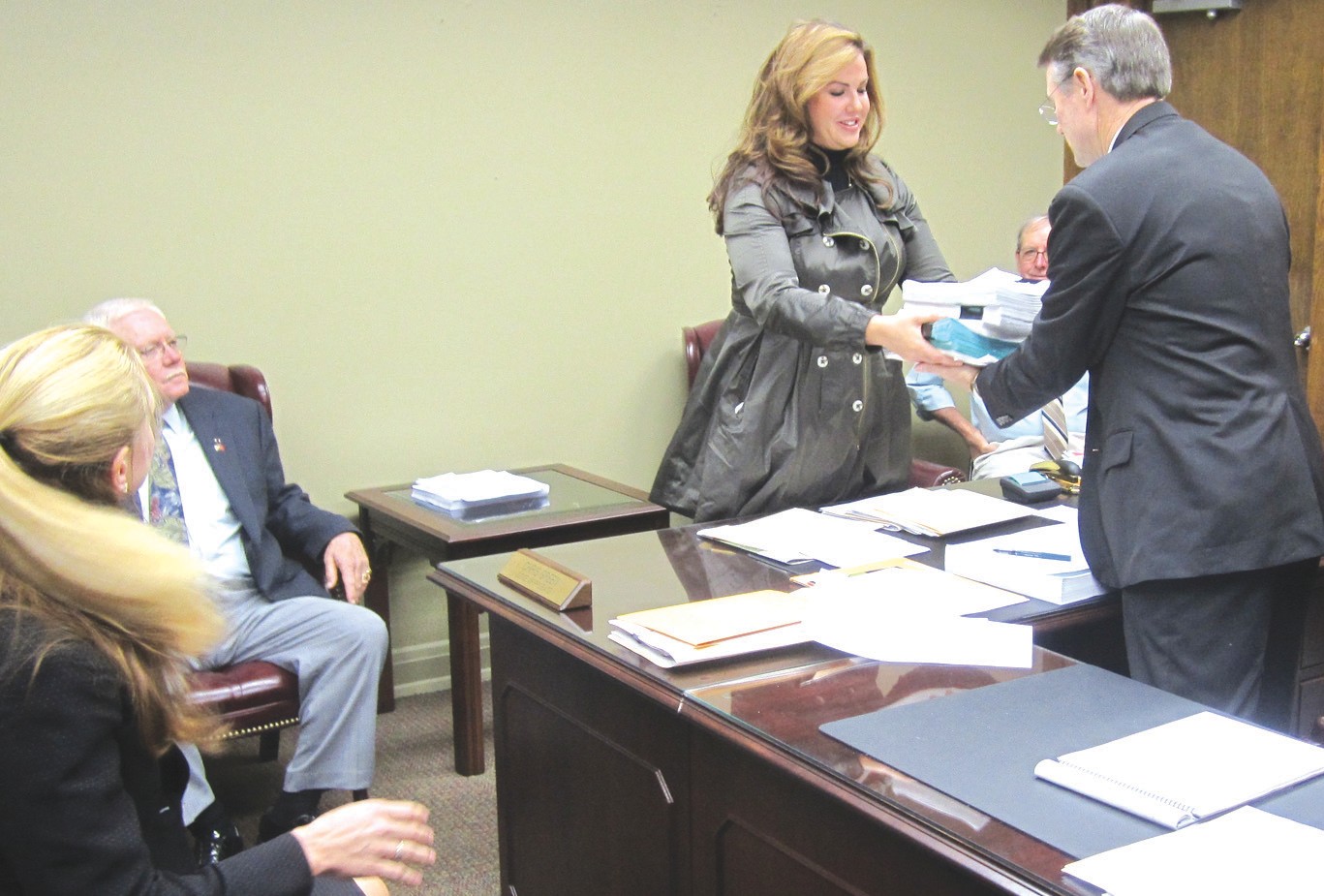 Members of Citizens for Blount County’s Future present their petition requesting a referendum on legal sale of alcoholic beverages in Blount County. [From left: local attorney Bonnie Peavy, former Blount County Commissioner R. C. Smith, Lisa Wester (handing over signature sheets), Ronnie Branham, the group’s president partially hidden), and Probate Judge/Commission Chairman Chris Green.] The probate judge officially certified the petition as bearing more than the required number of 4251 signatures Tuesday morning. The question of whether to allow legal sale of alcoholic beverages in Blount County will accordingly be on the ballot at the time of the general election on Nov. 6.

“We’ve had overwhelming support and received nothing but positive attention,” said Peavy on behalf of the citizens’ group. “Hopefully, voters will vote ‘yes’ and this will have a positive effect on Blount County’s future, just as it has on other places that have legalized alcohol sales recently.”

Also present but not shown were Daniel Clem, Peavy’s husband Justin, and Richard Phillips, all members of the Citizens for Blount County’s Future.