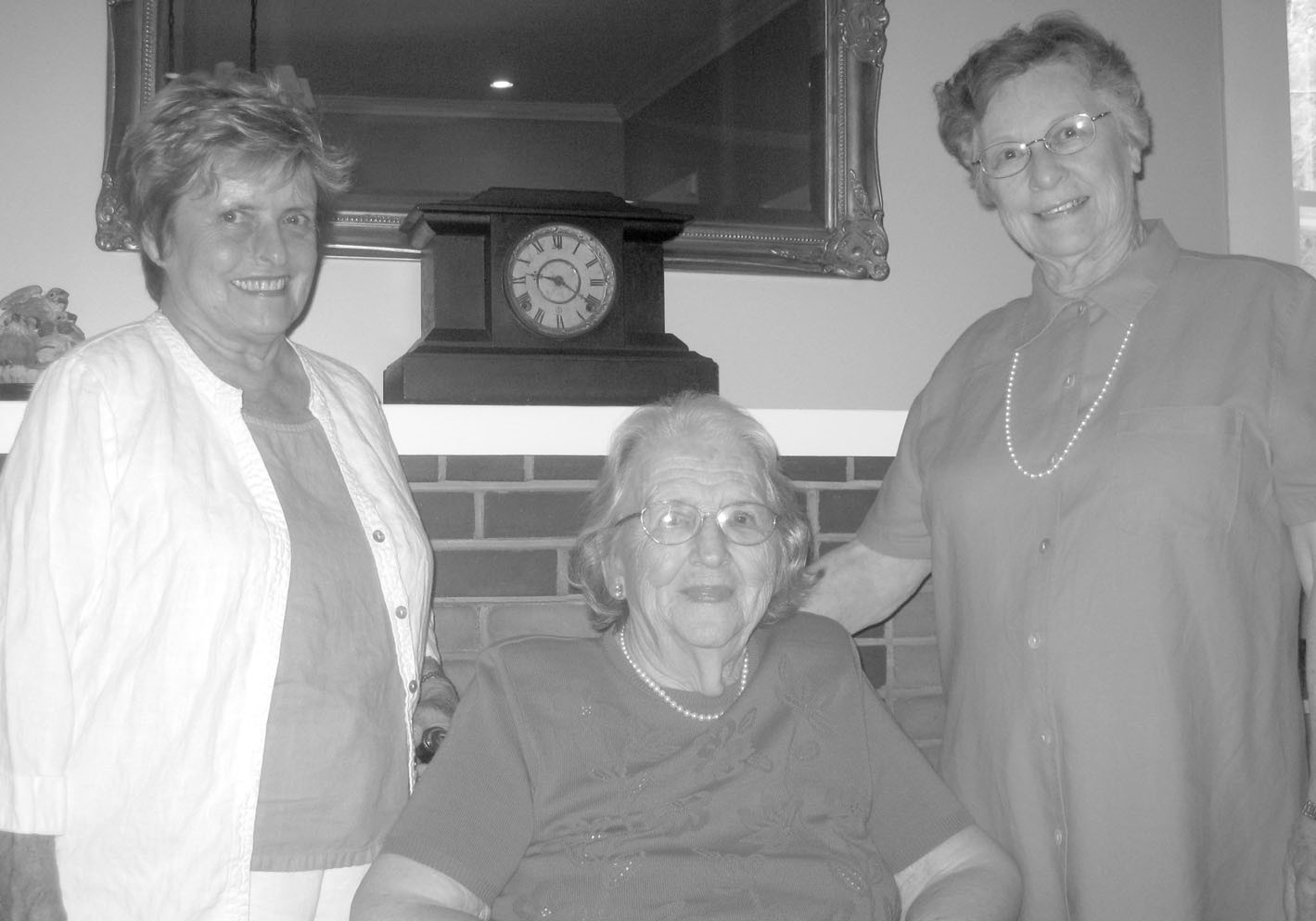 Lester Memorial members from left Martha Burdette, Agnes Greenhaw, and Sylvia Fowler all have a stake in upcoming gospel concert. The concert is dedicated to Mrs. Greenhaw, who turns 100 this month. Fowler helped initiate the concert series five years ago when she lobbied tirelessly for a public performance of a private choir memorial sung at the funeral of Tom Vaughn. The concert became an instant classic. Burdette represents the Lester Memorial choir and music department.

The fifth annual concert of the Blount County Gospel Choir will be held at Lester Memorial United Methodist Church in Oneonta, birthplace of the event, on Sunday, Aug. 15 at 2 p.m. The 90-minute musical is free and open to the public, according to Lester Memorial music director Beverly Ellis.


“This concert has become an important event on our church calendar every year since the beginning,” Ellis said. “It’s a tradition we want to continue to foster and I’d like to invite everyone in the community to attend.”

Always featuring many denominations and churches, the choir this year sets a new record for participation, numbering at least 28 churches among its membership of approximately 50 singers.

“Gospel singing is one of the things that have the power to bring us all together,” said choir master Chris Green, who has orchestrated the event since its inception. “It’s a common history our county churches share, and it’s something that allows the whole community to come together in fellowship. It’s been a hallmark of how we’ve approached this event from the first, and it’s one of the things I’m proudest of about the series.”

Each year, Green said, he has tried to add new features to keep the format fresh. One year, it was the three singing Green brothers – Chris, Benny, and Mark – reunited as a singing trio after more than 10 years, as careers separated them as they entered adulthood. Each year, the concert has featured local family gospel trios or quartets, as well as the main choir.

This year, Green reaches for the “stars.” The “stars” are three young women, all with gospel singing backgrounds, all with strong Blount County ties, and amazingly, all beauty pageant winners and contestants in this year’s Miss Alabama Pageant. Two of them have sung in this event previously as members of family ensembles. Already dubbed the “Beauty Queen Trio,” the girls will sing three-part harmony on the old standard Great is thy Faithfulness,
accompanied by Green on the piano. It should be memorable.

The gospel choir will sing 14 songs in four sets, including such favorites as I’d Rather Have Jesus, He
Touched Me, Sheltered in the Arms of God, When They
Ring the Golden Bells,
and When We All Get to Heaven.
Choir sets will be separated by trio/quartet sets, including the Beauty Queen Trio, the Randy Burtram family, and a Sacred Harp selection, Return Again,
sung by descendants of Homer Murphree, early Sacred Harp patriarch in the area. Mystery quartet will sing ‘lost’ song

A quartet, whose identity Green is saving as a surprise, will sing a number Green says he can’t find in any of the 40 or more gospel song books he owns in what is surely the largest private collection in the county. He is willing to identify the song, however: I’m Telling the
World About His Love.

Could this signal a surprise return of the Green brothers (plus one)? Green’s not saying, but it seems unlikely because at least one of them has a conflict arising from a prior engagement, he says.

Here’s a zinger: Could it be a quartet of singing preachers?
Brace yourself!

With Green providing the inspiration and the gospel traditions of Blount County to draw on, anything’s possible. Concert dedicated to Agnes Greenhaw

The concert this year will be dedicated to Agnes Greenhaw, longtime Lester Memorial member, who celebrates her 100th birthday the week of the concert. She will be introduced at the concert, and seated as a guest of honor “wherever in the sanctuary she wants to sit,” Ellis said.

Mrs. Greenhaw was born in Cleveland in 1910, the daughter of Judge and Mrs. L.Q. Box. Baptized in 1920 by Rev. S.R. Lester, the minister for whom the church is named, she has been a member for 90 years. She moved away for a time after her marriage to J.V. Grennhaw, returning in 1958 to Oneonta, where she has since resided. She is the mother of Martha Aubuchon and Nancy Tidwell, both currently of Oneonta.