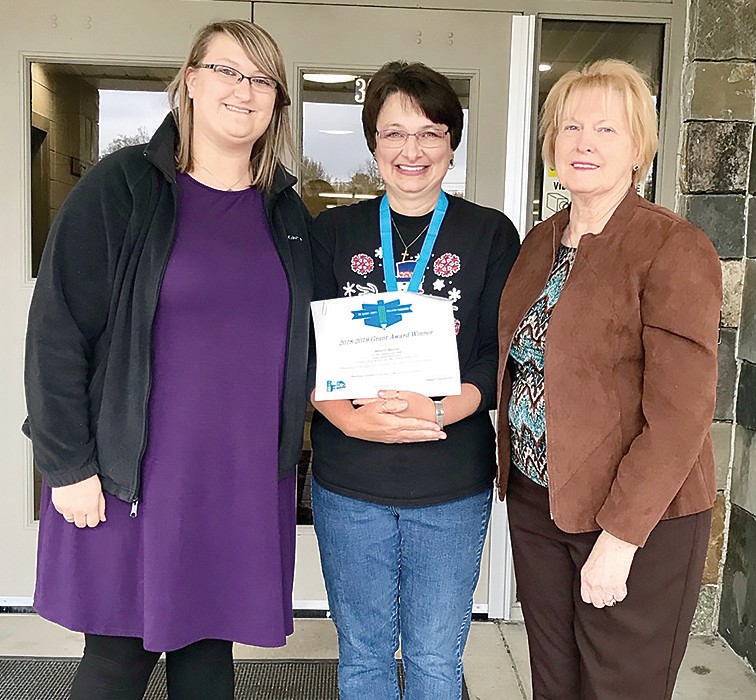 The Blount County Education Foundation (BCEF) capped off its 20th anniversary of support for academic excellence in county schools on Nov. 20 with the awarding of classroom grants for 2018-2019.

Classroom grants were awarded to 161 projects representing 183 teachers for this school year. The total amount awarded was $169,065, the greatest amount awarded to the greatest number of teachers in the foundation’s 20-year history. Teachers apply for the grants for classroom projects they wish to implement in the coming year. Applications are judged based on the merits of the proposed project, without judges knowing the teacher or school it is associated with.

Twenty of those grants were special $2,000 anniversary grants, created to celebrate the foundation’s 20th anniversary and accounting for $40,000 of the total.

The foundation created a new Signature Endowed Grant this year in memory of former coach, principal, educator, and school board member/president Bruce McAfee, who passed away in October. The $750 grant was presented to the winner, Susan Moore Elementary teacher Beverly Reeves. The foundation now has 26 endowed grants.

Board of education members together gave a $750 named grant, also in McAfee’s memory, to Susan Moore High School teacher Joy Evans. So, a teacher at each Susan Moore school – elementary and high school – where McAfee spent much of his career as an educator, received a grant in his memory.

“We were so pleased that a teacher at each Susan Moore school won a grant in Coach Mac’s memory,” said BCEF executive director Mitchie Neel.

“The total amount in grants provided to support our students and teachers is now $3,545,311. We are thrilled to have supported our mission to promote academic excellence in Blount County Schools throughout our 20-year history,” Neel said.

The BCEF’s September radiothon also set a record this year, collecting $505,611 to continue its mission of support for Blount County Schools.