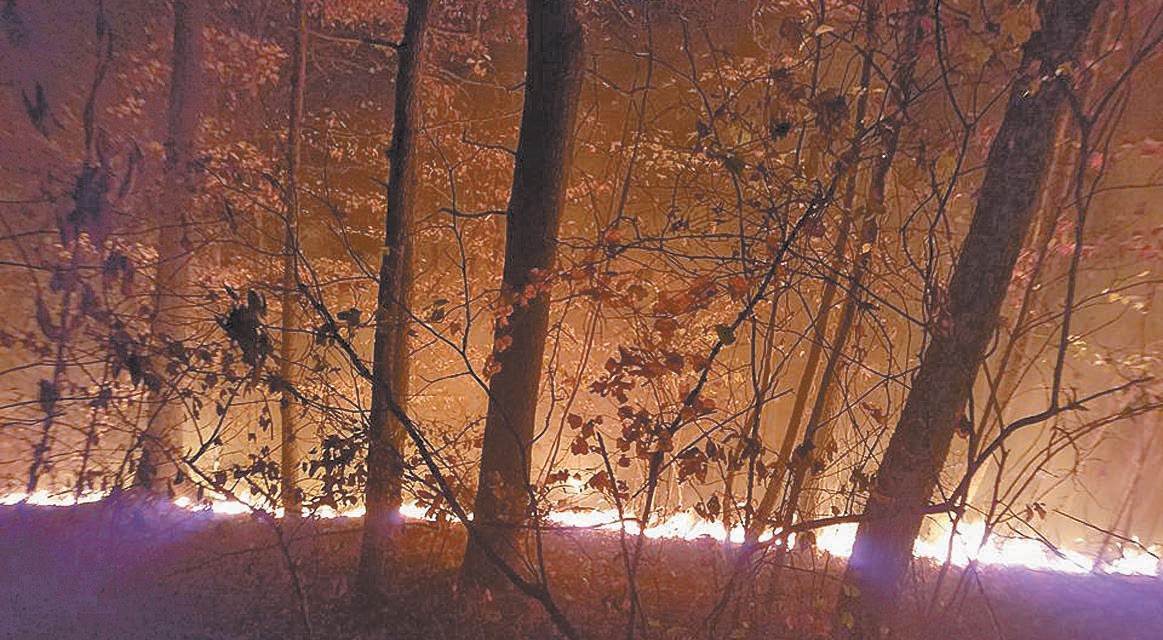 Between Oct. 1 and Nov. 7, 1421 wildfires have occurred in Alabama, damaging approximately 15,400 acres. In Blount County, fire departments were dispatched to 180 wildfires in October. Since Nov. 1, departments have responded to another 105 fires. The frequency is increasing. From Sunday midnight through 1 p.m. Tuesday afternoon this week, 19 fires were reported to 911, according to director Caleb Branch. That equates to a 30-day rate of 285 if the drought continues and if fires continue to occur at that rate. All areas of the county appear affected, though not necessarily uniformly. Of those 19 recent fires (perhaps not a representative sample), seven were in the greater Oneonta area, six were in West Blount, five were in the northern section of the county, and one in the south. The photo above is thought to show the largest fire so far reported in the county. It is the Sand Valley/ Whited Lake fire in the northwest corner of the Oneonta city limits. It has burned on and off for nearly a week. It is still burning, affecting nearly 400 acres as of Tuesday, after having been mostly contained late last week. The No Burn Order continues in effect with renewed urgency as the area approaches 60 days without rain. 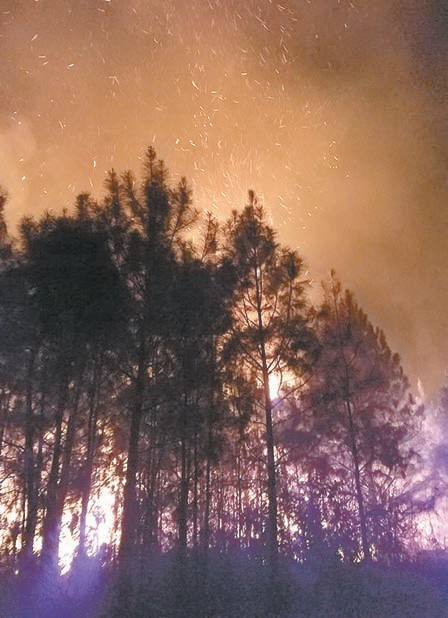