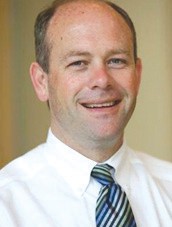 The Blount County Board of Education wasted little time in naming a new principal for J.B. Pennington High School. Just one week after Craig Sosebee was transferred to the central office, the board named former principal Dr. Philip Cleveland to the post.

Cleveland returns to Pennington after four years at Wallace State Community College in Hanceville. At Wallace State, Cleveland first served as dean of technical education before being appointed vice president of learning/dean of applied technologies in 2010.

Cleveland and his wife Trina, a third-grade teacher at Blountsville Elementary, have three children – Travis, 12, Tyler, 5, and Jackson, 4.

In other business, the board accepted the recommendation of Supt. Jim Carr and:

paid $250 to the Alabama Association of School Boards Legal Assistance Fund for the 2011-2012 fiscal year.

allowed Susan Moore Elementary to contract with AGF Inc. to refinish and paint lines on the gym floor. The contract, not to exceed $10,471, will be paid from the school’s local funds.

Finally, the board accepted the resignation of Cleveland head football coach Mark O’Bryant, who had accepted a teaching/ coaching position at Oxford High School, and Locust Fork assistant coach Jason Walker, pending his employment by the Albertville City Board of Education.