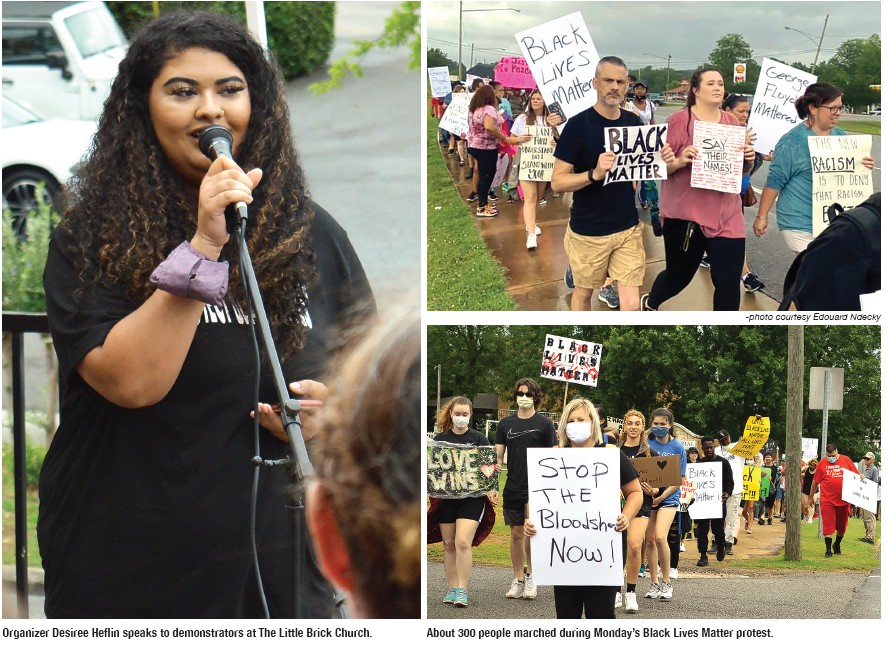 Oneonta was the scene of a peaceful protest Monday afternoon when about 300 people gathered at The Little Brick Church demonstrating against cases of unnecessary killing of African-Americans by police.The protest, like many more across the country, was sparked after a black man, George Floyd, died during his arrest in Minneapolis, Minn., on May 25. One officer involved has been charged with second degree murder and three more with aiding and abetting in the murder.

Desiree Heflin, one of the organizers of the protest, is a lifelong Oneonta resident and 2015 graduate of Oneonta High School. She told the gathering she was tired of “dealing with systematic racial injustice that is deeply rooted in our country” and outlined some of the disparities between the white and black communities, such as lower standards of health care and the lack of equal opportunity for African-Americans in the job market.

“Why can’t the value of who we are as an individual be enough? All lives won’t matter until black lives do,” she said. Heflin challenged everyone to “continue to work to be better individuals, to check our own hearts, to teach our children to love others and admire differences and diversity, to continue to address our problems and find solutions, to love even in disagreement, and to speak out against all injustices.”

The protest ended at the Depot with singing, prayer, and encouragement to continue speaking up for justice. -photo courtesy Capturing Corvin Photography

Heflin thanked Oneonta’s police chief Charles Clifton and Blount County Sheriff Mark Moon, as well as all local law enforcement, for their efforts to protect everyone. She said she wants to “start the conversation now” with law enforcement to avoid incidents like the one in Minneapolis from occurring here.

As a show of solidarity, the group marched from The Little Brick Church to the Depot at Oneonta’s recreation park. While the protestors were peaceful, a handful of detractors along the route called the marchers “communists,” asserted the protest was not Biblical, and returned the chants of “Black Lives Matter” with “Donald Trump Matters.” No demonstrators were seen to respond, and they continued their trek. Law enforcement officers stood in between the two groups. 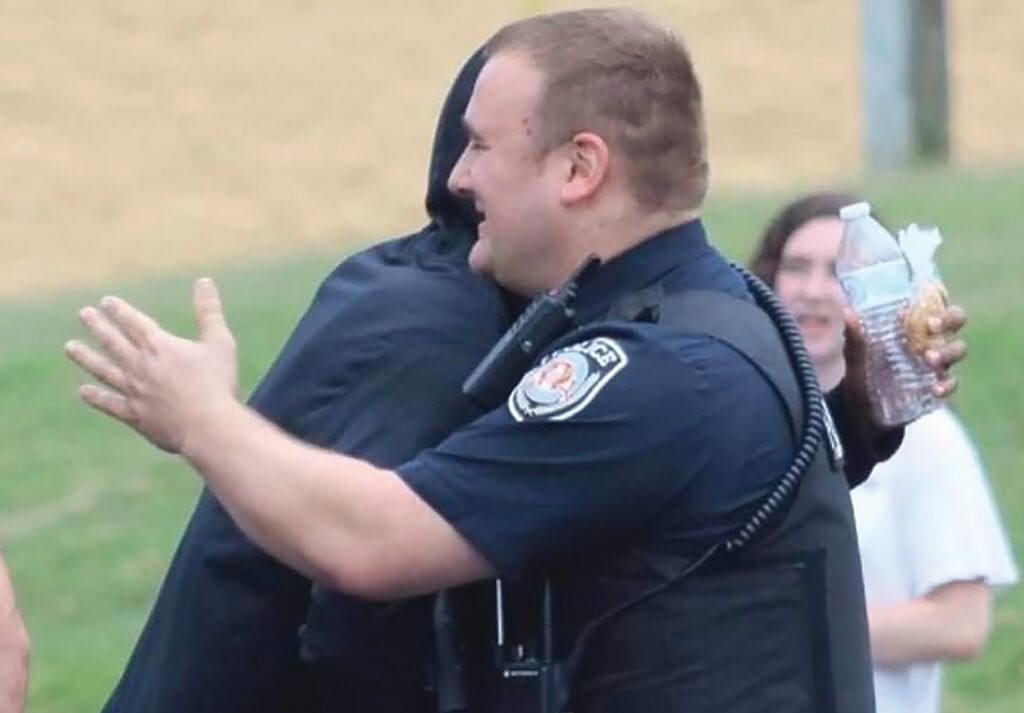 The event concluded with the singing of hymns, including “Amazing Grace,” and Heflin asking the marchers not to quit speaking up for justice.

Detractors at a vacant building (left) and in front of Auto Zone (right) returned chants of marchers. There were no physical altercations. 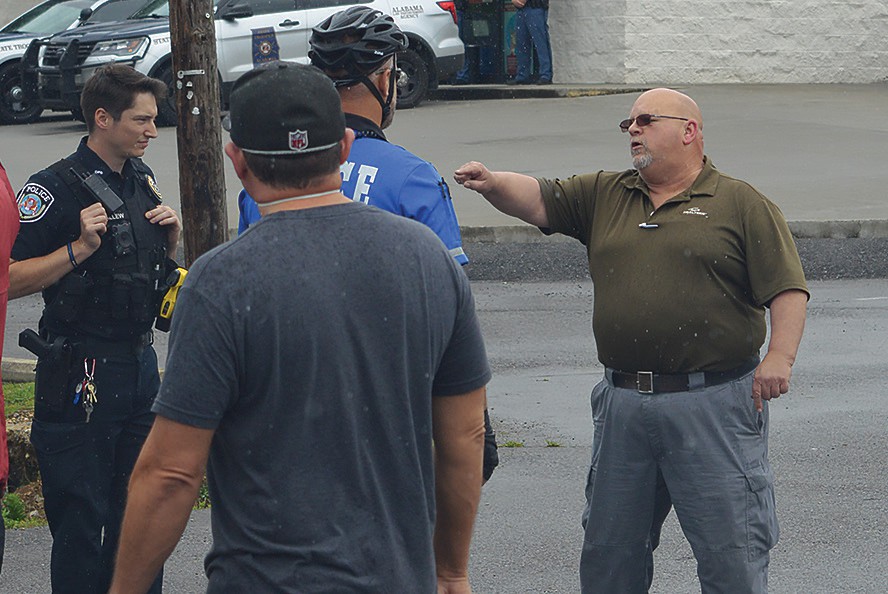