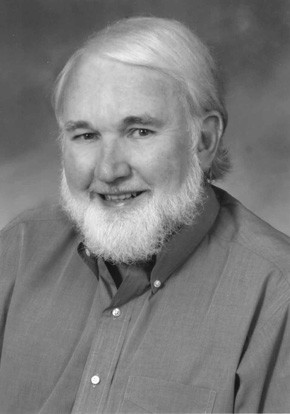 I spent nearly 27 years working in the Alabama Judicial System under four chief justices and numerous associate justices, all but a very few whom I held in high regard. Today I respect our chief justice, Sue Bell Cobb, and perhaps two or three other justices to do what is right and not political. That’s not a majority.


I helped lobby judicial reform bills through the Legislature many times, including the laws that established Canons of Judicial Ethics and other improvements in our system of justice only to have judicial ethics demolished by a court willing to protect former Justice Harold See. See was charged with making false claims in a political campaign against Judge Roy Moore but the court, in order to protect See, changed the rules and ended the investigation.

This past week The Mobile Press-Register
documented another ethics lapse in the “hallowed” chambers of the high court.

The article describes the utter disregard of any ethical standards by Associate Justice Glenn Murdock. Murdock, who has written at least two key opinions concerning the state’s gambling controversy, did legal work for a co-owner of the Greenetrack dog track and casino prior to his election to the court, according to billing records obtained by the Press-Register
and The Independent.

Murdock, the newspaper wrote, did not disclose his ties to Greenetrack to parties appearing before the court, according to lawyers for the gambling industry and for Gov. Bob Riley’s Task Force on Illegal Gambling. “According to my reading of the canon, it absolutely should have been disclosed and may even have been grounds for Justice Murdock to step aside and not participate in the matter,” said Montgomery lawyer John Bolton, who represents Greenetrack Inc. of Eutaw.

According to documents obtained by The
Independent,
Murdock represented the Greene County Commission, half owner of Greenetrack. As attorney for the county he negotiated and drafted documents while representing the county in negotiations with the makers of electronic gambling equipment as the county and the track were preparing to open a bingo casino at the location.

Murdock, then a partner with the Wallace, Jordan, Ratliff & Brandt firm of Birmingham, also helped the county negotiate agreements to bring video poker machines to Greenetrack in 1998-99, according to legal documents and correspondence with the commission. He also helped draft legislation that proposed to authorize, regulate, and tax the electronic gambling machines.

Murdock and his firm were later fired by the Greene County Commission on a 3-2 vote and two of the commissioners who voted to fire the firm remain on the county’s governing body. One might reasonably ask whether or not this situation could cause retaliation by Murdock.

The Canon of Judicial Ethics provides that judges should disqualify themselves in matters where their impartiality “might reasonably be questioned,” including cases where they – or a partner – served as a lawyer in the dispute.

The Judicial Inquiry Commission has opined that the issue can be limited time wise, but not necessarily in a matter like Murdock’s where the representation of the client (electronic gaming machines) involves the same or similar issues as are involved in a later case in which he participates.

Justice Murdock has refused to comment. His office told The Independent
to call the chief justice’s office. They declined to comment and told us to call the clerk’s office where we were also denied any edification on the matter.

How does this affect the cases and court orders already decided and issued, including those in which Murdock participated…cases which involved both Greenetrack and VictoryLand? Some lawyers with whom I have talked say it has “tainted” them all, but I doubt this Supreme Court will agree.

What is the next step? I would suspect it will be a lengthy complaint filed with the Judicial Inquiry Commission, the body established to hear complaints against judges and prosecute them or dismiss them.

State attorneys say all justices of the Alabama Supreme Court should step down from cases involving two Medicaid drug fraud cases because of a conflict of interest.

In a motion to the court, Attorney General Troy King and others say former Supreme Court Justice Gorman Houston has represented the two pharmaceutical firms accused of fraud and now has been picked by the justices to lead an investigation into charges of improper leaks from the court.

The motion says Houston has represented Sandoz Inc., which is asking the high court to throw out a $78 million judgment won by the state, and Mylan Inc., which has a separate legal issue pending before the court.

Justice Houston declined comment about this matter, but I talked with him about his investigation into the leaks last week and he appeared to be actively engaged in attempting to discover ‘who done it.’ They involve bingo…if there was any doubt.