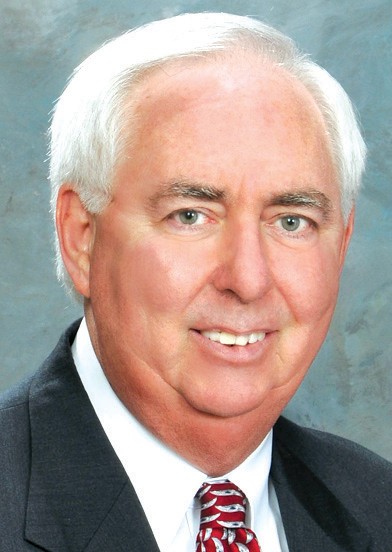 Bill Roberts is the incumbent candidate, running for re-election to House District 13. He was first elected to the Alabama House of Representatives in 2010. House District 13 includes the westernmost part of the Blount County: the Mt. High precinct and about half of the

Born and resides in: Jasper
Family details: Married to Sandra with
one son, Bruce, 33.

Education
Graduated Curry High School.
Attended Walker Junior College, transferring to the the University of Alabama
where he graduated with a bachelor’s
degree in business management.

Why are you running for office?
Roberts did not answer the question as asked.
Instead he provided a summary of legislation with
which he was associated in varying degrees during his
first term of office, summarized here:
•strong ethics legislation.
•legislation reducing legislative compensation 25
percent and placing restrictions on future legislative
compensation increases without voter approval.
•legislation to help new businesses start up, locate/
relocate, expand, or otherwise improve their operations.
•sponsored House version of bill to allocate each
teacher $300 a year for classroom supplies.

State your qualifications for office:
No response.

If there were one issue you would want associated with
your candidacy above all others, what would it be?
Answer: “Making sure that we have enough goodpaying jobs for those seeking to work.”

Candidate’s statement to voters:
“I am asking that voters return me to the
Legislature to continue the progress that has been
made during the last four years in creating an atmosphere that encourages companies to want to locate or
expand their operations here. I am also proud of the
fact that I have been part of a group that has worked
to reduce government waste by streamlining operations and will continue to seek ways to make state
government more efficient.”