Biggest and best yet 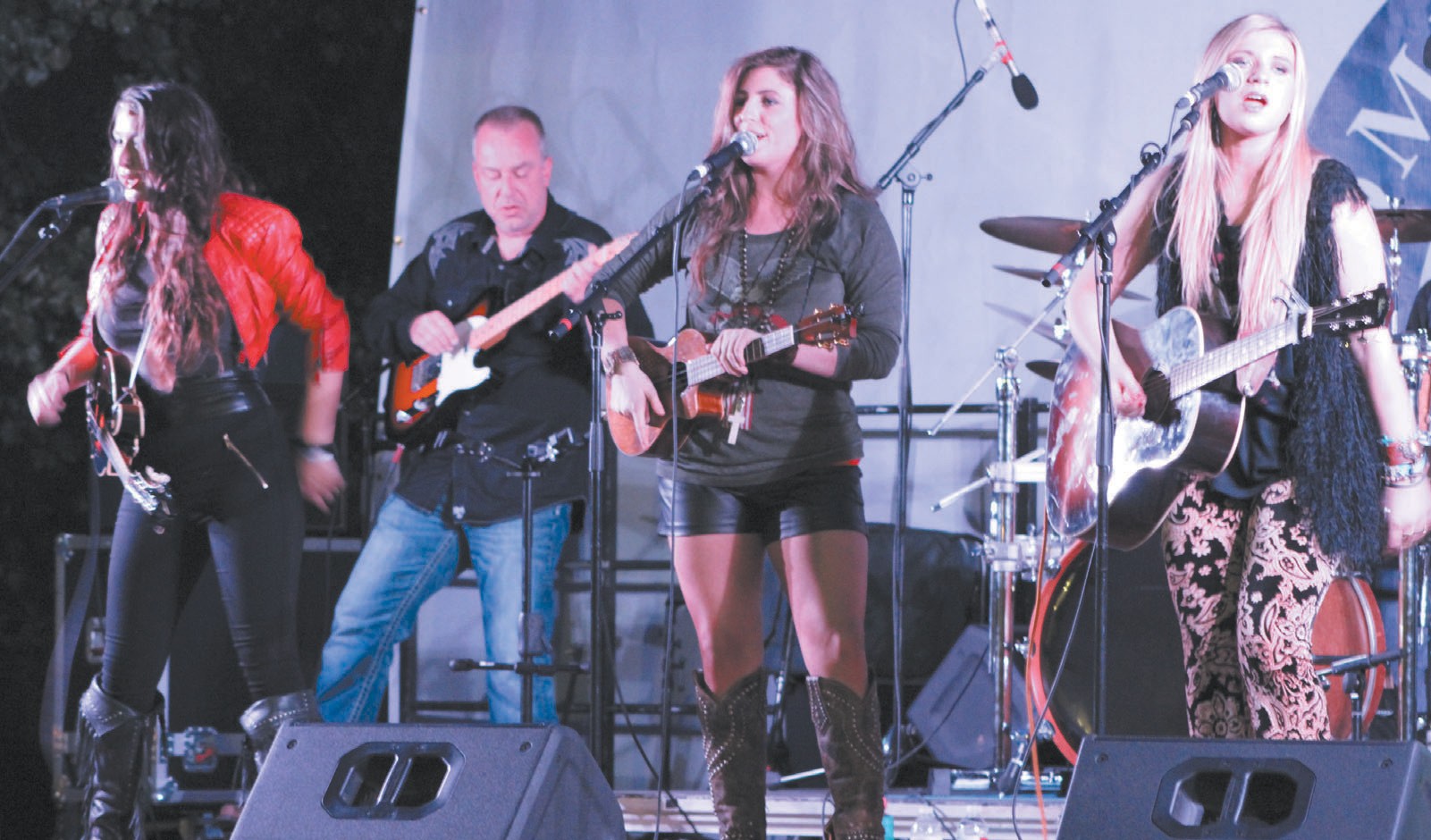 Above: Sweet Tea Trio performs for the Saturday night crowd at the Covered Bridge Arts and Music Fest.

The numbers aren’t in yet, but this year’s Covered Bridge Festival can comfortably be declared a resounding success. The festival, billed as the largest, most inclusive, most expansive in its 32 years, lived up to its billing.

Evidence is anecdotal, but strong. A vendor called Monday to rave that she had been to festivals everywhere and this was one of the best for friendliness and helpfulness of workers and other vendors, and just general smoothness of handling of setup and arrangements. A woman from Tuscaloosa called to say their day at the festival was the best family outing they ever had – and they’d definitely be back next year. Word-of-mouth on the arts and crafts circuit was “You gotta be in the Oneonta show!”

Must have worked. Festival organizers had to turn away nearly 50 booth applications. First time that’s ever happened. And the vendors showed up from all points of the compass – Georgia, Mississippi, Wisconsin(!), and from surrounding counties and all around Alabama. Organized groups – almost like tour groups – came from places like Mobile and Huntsville.

Want more proof? OK. The cattlemen sold all of their patented steak sandwiches. The Dunns couldn’t keep up with the demand for their luscious fried pies. The kids went bonkers over the Vargas Jumperoos, and the face painter burned the points and plugs out of her brush. By mid-afternoon you could hardly navigate the midway for the congestion, if you wanted to go to the entertainment stage. And the Pancake Breakfast? Jumpin’ Jehosaphat! The parking lot looked like rush hour at Woodstock – at 8:12 in the morning! I’d like to have a dollar for every pancake they served! Better still, give it to the Children’s Center.

And, how ‘bout those bands? Festival organizers went to the top of the mountain – and came down with a slate of winners. Those headliners? Sweet Tea Trio? Those young ladies are gonna hit the big time ‘fore long. People who heard’em say so. Plus Sweet Licks Dixieland Band and four other country/folk/rockabilly/blues/honkey-tonk-practitioners set the perfect tone for the festival, filling the juiced-up stage with 11 hours of high-test entertainment. Nuff said?

Now that the streets are cleared and the fun and pageantry is dying away like echoes along the river – until next year – all that remains is the thank-yous and attaboys. Festival head Aimee Wilson, who knows more of the agony and ecstasy of the festival than anyone, had several to hand out:

• to the Chamber Board of Directors who worked hard, hard, hard, not only on the planning, but in the execution of the event.

• to all the workers providing security, including the Oneonta Police Department and McDowell Security Services, who were all “professional, and fit in just like they were part of the community,” Wilson said.

• to Oneonta city employees who worked above and beyond the call of duty to help set up, take down, and everything in between: names like Horton (Brandon and Bobby), Mardis, McCoy, and Nicodemus and all their crews – couldn’t have been done without’em.

• especially, to city manager Ed Lowe, mayor Ross Norris, and the Oneonta City Council for all the manpower, horsepower, and other kinds of strategic juice they supplied.

While Wilson was virtually still in the recovery room on Monday morning, she did manage to communicate the words of the theme line for next year: “bigger and better!” she whispered.