“People look their whole life to see a miracle, but we get to live one.” – Crystal Studdard 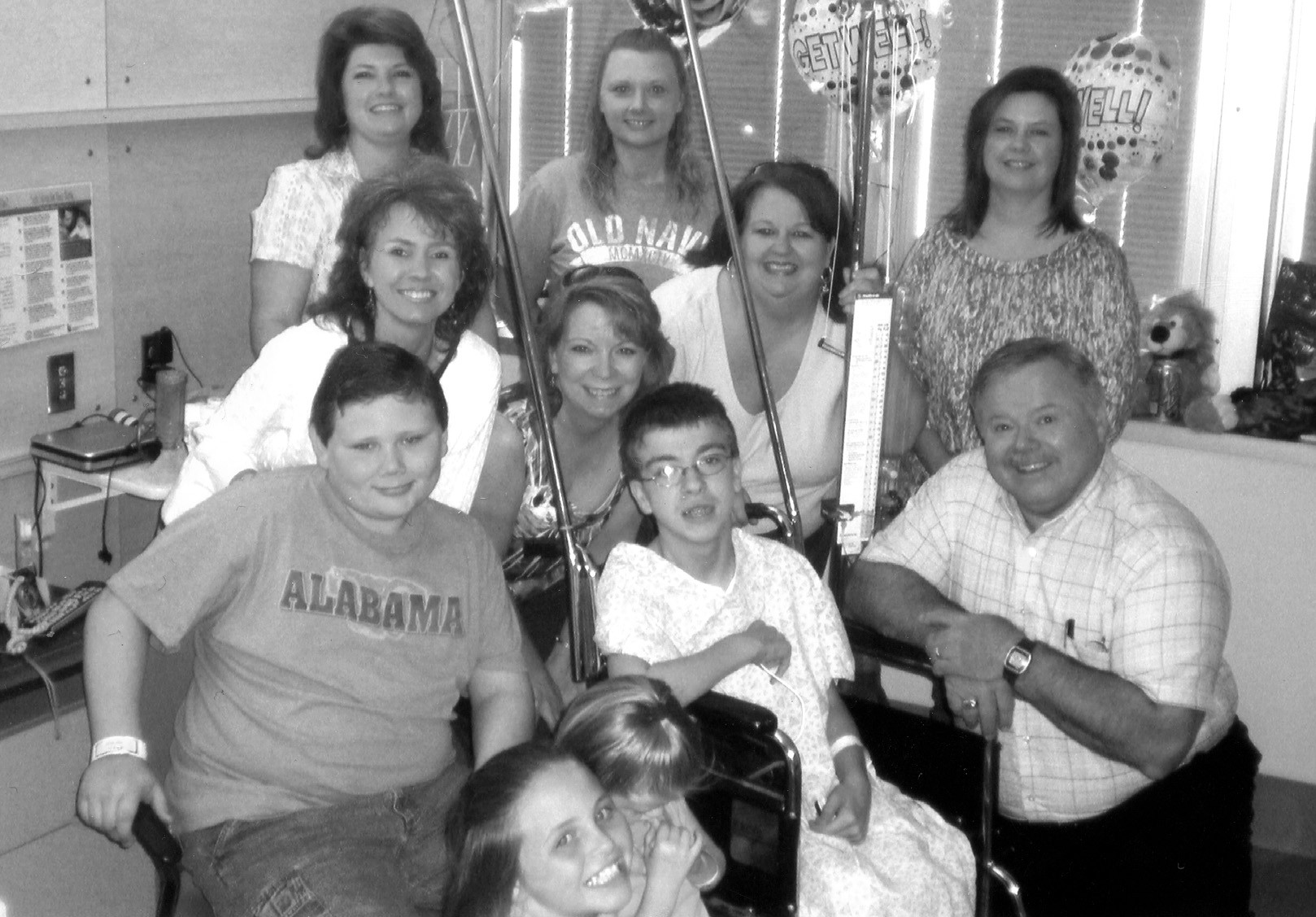 In a time of unstable economy, insurmountable debt, and increasing unemployment, something unexpected presents itself, reminding us to count our blessings. Oneontan Austin Studdard is such an unexpected gift. 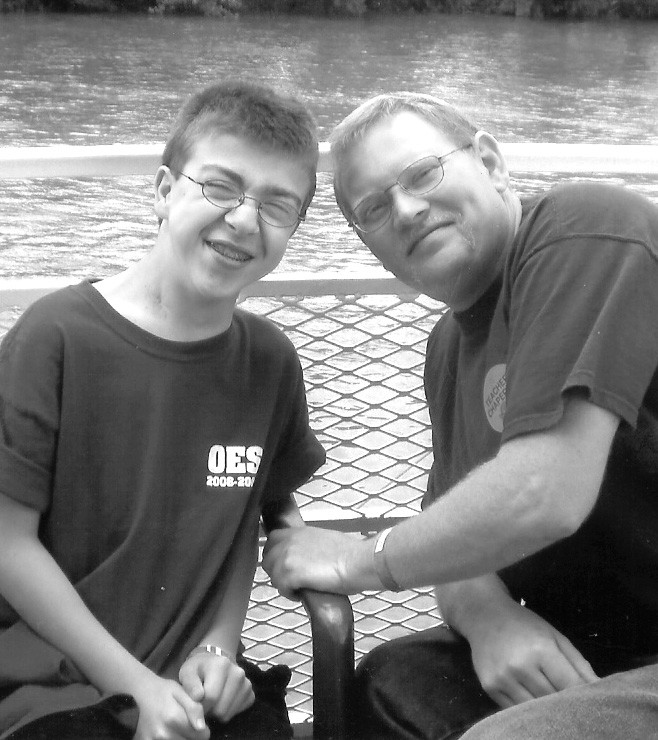 James Studdard is proud of his two sons, Austin, with whom he’s pictured and whose don’t cry-for-me attitude is astounding, and Tyler, not shown, whose care for his younger brother is equally astonishing.

The 13-year-old’s story began at birth, when he was diagnosed with a diaphragmatic hernia. The hernia pushed all of his internal organs to the left of his chest, where his lung should have been. His chest was grossly enlarged, his stomach and hips undeveloped and small. Within an hour after his birth, Austin was airlifted to Children’s Hospital in Birmingham, not expected to survive. Surgical risks were high, but gave the family their only hope.


The first of 59 surgeries repaired his organs but caused serious complications. A bleed in his brain caused Austin to produce excessive spinal fluid with nowhere to go. A shunt surgically placed helps to relieve the pressure, but continues to fail. Over 13 years, surgeons have placed the shunt strategically throughout his body. Each time it has been rejected, the last causing his stomach to literally split open.

The Studdard home is neat and clean, glowing with the joy of another day. Austin and his brother Tyler are inseparable. Without hesitation Austin proclaims Tyler his “BFF” (best friend forever) then resumes texting, assuring he is like every other 13-year-old. While Austin’s mother, Crystal, explains the scare of his last operation, the optimistic boy interrupts, “I just got my first kiss,” he said proudly of a peck on the cheek he got before the operation.

Austin’s story came to The Blount
Countian
when his mom wanted to publish a thank-you note in the paper. “There have been so many people helping us and praying for us,” she said humbly. “There is no way I could thank them all,” she continued. “We are so blessed.”

Hospital photographs show a halfdozen teachers from the Oneonta school system who are now like family. “They go above and beyond to make sure that Tyler can always be with Austin and do most of his schoolwork at the hospital if he needs to,” his mother said graciously. After all, shouldn’t every guy have his best friend next to him for support?

Just weeks following his last surgery, Austin turned the tables with an opportunity to help his brother. While riding his dirt bike in the driveway, 10-year-old Tyler lost control in the gravel, landing with the motorcycle on top of him. Instinctively, Tyler grabbed the bike to shove it off him, causing second- and third-degree burns to his hands. Witnessing the accident, Austin reached for his cell phone and immediately called his dad to come home, while his mother assessed the burns. “He burnt the skin right off,” she said, and for the next few weeks, their home also became a burn unit.

There is no apparent sadness in the Studdard home. Austin and Tyler share many favorite pastimes, like swimming, video games, and football. A few years back Austin was made honorary coach, teammate, and water boy of Tyler’s team AND scored his first and only touchdown. Two smaller children, ages 2 and 4, play happily alongside their cousins with whom they live in the Studdard home. Their adoption pending, the younger two have been welcomed with open arms and giving hearts since infancy.

His don’t-cry-for-me attitude astounding, Austin is adamant that he is “just fine” and shares a dream of his. “I dream I see Jesus,” he says, “he picks me up and takes me to Heaven.” Although he can’t see His face, the hands of Christ are clear, and Heaven is beautiful. Then Austin hears his parents calling, and Jesus gently tucks him back into bed. Brain damage limits the boy’s memory and chronological detail, but this one story, this magnificent recurring dream, never waivers.

“I’m always asked, ‘How do you do it?’” says Crystal Studdard, “but I don’t see it as a chore,” she says. “People look their whole life to see a miracle, but we get to live one. We get to see miracles every day.”

Crystal and James Studdard are amazed by the outpouring of love and support from the people of Blount County and beyond. They say they have no words to adequately say thanks. They wonder how they can ever pay it forward. By sharing their story, their optimism, their faith and their son – they already have.