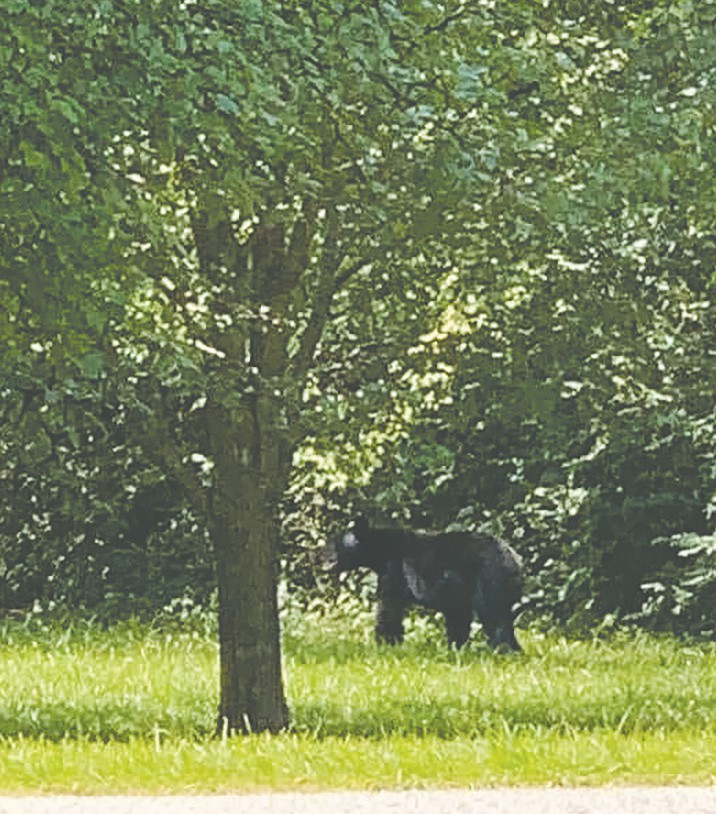 For some Oneonta residents, July 4 was not only a time of celebrating Independence Day, it also included the adventure of a juvenile bear wandering through the Azalea Hills and Eastwood subdivisions.

According to Oneonta Police Chief Charles Clifton, Blount County 911 was contacted around noon regarding sighting of a black bear in the Eastwood community. Throughout the afternoon, there were several more confirmed sightings in Eastwood and Azalea Hills.

The news about the sighting was sent out through Nixle to make people aware of the situation. Pictures and video surveillance of the black bear quickly emerged on Facebook.

The last report of the bear being seen came into dispatch around 6:30 p.m. The bear was believed to be seen entering the wooded area on U.S. 231 South near Harvey Hill.

The bear, which appeared to weigh between 80 and 100 pounds, was never caught and did not appear aggressive toward anyone. He was simply meandering through neighborhoods and unnerving homeowners. Oneonta officers patrolled the reported areas throughout the day, but never actually saw the bear firsthand.

Clifton recommends that, if seen, to leave the bear alone. Black bears are typically scared of human interaction. He also suggests that residents keep their garbage secured, as the bear was likely looking for food.