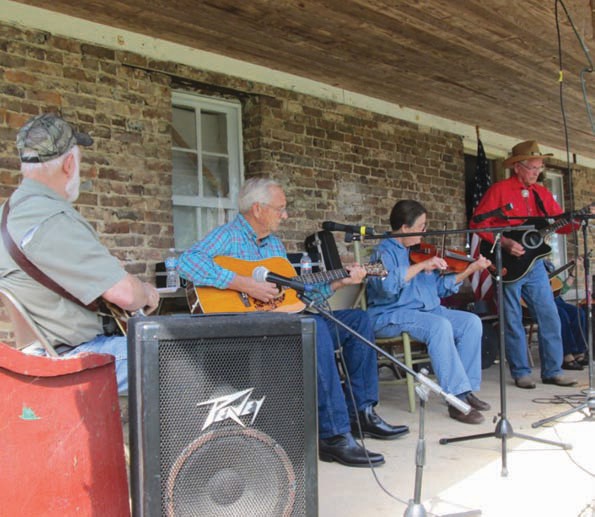 The band shown doesn’t have a name – they came together to play for the Bear Meat Music Festival last Saturday at the Blountsville Historical Park. So we’d like to suggest one. How ‘bout the ‘Bear Meat Band’? Or even the ‘Bear Meat String Players’? Imagine that grabbing you from a marquee! From the left above: Leon Nelson, George Dorning, Marci Green, Marlin Beasley, and Grady Pate (not visible). All live in the Blountsville area except Dorning, who’s from Georgia but visits regularly. The first Bear Meat Music Festival won’t be the last, according to Betty Alexander, who helped stage the event. The money had not been counted at the time of this writing, but Alexander said she thinks the event will clear $500 or more to benefit the Historical Park and the Blountsville Historical Society – enough to justify a second annual festival next year, she said. About 100 attended this time. Like they say at the football playoffs: ‘Wait’ll next year!’