Be the early bird 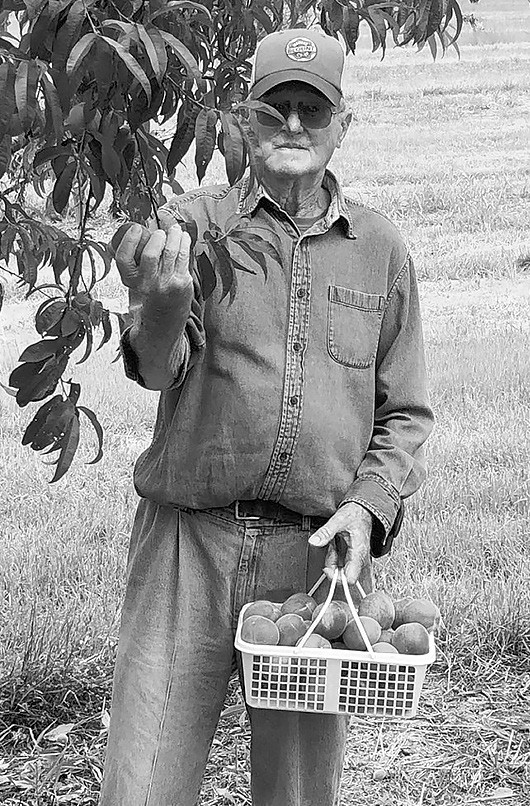 “The early bird gets the worm” is a phrase I have heard all my life. The message is simple. Those who get there first, whatever their mission, get the best choices. Any delay may result in getting leftovers or nothing at all.

Recently, a customer at the Blount County Farmers Market made the following statement to a vendor: “Well, if you sell out that early, then plant some more. Duh!” If only it were that simple. The vendor replied by saying, “Ma’am, even if we planted 40 more acres and couldn’t gather it, we’d be in the same boat.”

If you have ever had a garden, large or small, you know the effort it takes to prepare, plant, maintain, and harvest the crops. Our Blount County farmers are working from daylight to dusk and even into the night every day to provide everyone such wonderful and fresh produce.

I say this as a reminder that in order to get the cream of the crop at the Farmers Market, you MUST get there early. Vendors have been arriving before 7 a.m. and those looking for specific items are there patiently waiting on first choice. It takes just a few minutes for some fruits and vegetables to sell out. Be the early bird so that you won’t miss the awesome choices.

The market continues to have many vendors setting up each Tuesday, Thursday, and Saturday, from 7 a.m. until 11 a.m., or until they sell out. The choices are plentiful. From a wide variety of tomatoes, peas, peppers, and green beans, to juicy fruit choices such as peaches, cantaloupes, watermelons, pears, and figs, consumers are able to browse and purchase whatever their palette desires.

And, last, but certainly not least, delicious fried pies can be found each Saturday morning. Many vendors take the Farmers Market Nutritional Program certificates. Remember, the early bird gets the worm, or in this case, the cream of the crop.

As we look at the choices around the county, Baswell Farms continues to have canning Cherokee Purple tomatoes at $10 per box. They have added the Cherokee Purple gradeout tomatoes for $15 per box. The grade-out tomatoes are not as ripe as canners and are good to eat. You will also find squash, pickling cucumbers, bell peppers, jalapeños, banana peppers, mountain fresh tomatoes, and okra. They sell from their shed located on Straight Mountain at the corner of County Highway 12 and Reneau Road.

Hazelrig Orchard now has Orient pears available. These pears are a nearly round fruit with a shiny yellow skin and red blush. Having a juicy, mild flavor, the flesh is firm and they are used primarily for canning. Also available are Flame Prince and Contender peaches, Ginger Gold apples, cantaloupes, yellow squash, ripe and green tomatoes, zucchini, cucumbers, and peppers.

McCray’s Old Field Farm is almost completely out of fresh produce. With butternut squash the only fresh produce available, they are working hard to keep up the demand for other unique items made from plants and animals found on their farm. At the Monday morning check-in, Suzy was busy making another batch of watermelon jelly. She also has other flavors available including blackberry, dandelion, blueberry, and corncob jelly. Dried teas have also been in high demand this season. Some flavors currently available are lemon balm, dandelion, and Echinacea, a flowering plant in the daisy family more commonly called coneflowers. It is believed to help lower blood pressure, fight colds and flu, and reduce the risk of breast cancer. Lavender soap, goat milk lotion, and elderberry products can also be found at McCray’s Old Field Farm.

Whited Farms continues to offer curbside pickup only for a wide variety of local produce. Currently, both rattlesnake and blue lake green beans can be found at their produce stand, in addition to bell, jalapeño, banana, and cayenne peppers, Texas Sweet and red onions, eggplant, okra, squash, cucumbers, and tomatoes. They anticipate cantaloupes and watermelons will be harvested later this week.

Allman Farms and Orchard has now begun picking canary melons. This large, bright-yellow elongated melon has a pale green to white inner flesh with a distinctly sweet flavor that is slightly tangier than a honeydew melon. The flesh looks like that of a pear, but is softer. When ripe, the rind has a slightly waxy feel. You will also find cantaloupe, bell and Aruba peppers, peaches, grape tomatoes, deli king cucumbers, sweet corn, and green beans at the produce stand. Curbside pickup is available, and they do accept the Farmers Market Nutrition Program certificates.

Copeland Farms still has sweet cantaloupes and watermelons available. Tomatoes and both hot and sweet peppers are also available for purchase at the roadside stand located at the corner of Cliff Springs Road and U.S. 231.

Witt Farms has closed their fruit stand in Nectar until September when mums and pumpkins come into season.

Barb’s Berries is currently closed as the blackberries and blueberries have played out for the season. She anticipates having muscadines beginning mid-August and that information will be made available once they have ripened.