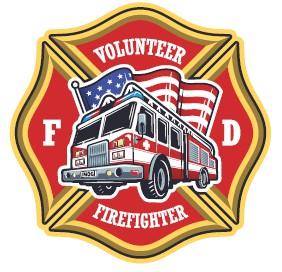 “We are always looking for volunteer firefighters.” Fire officials, including Blountsville fire chief Sam Johnson and West Blount fire captain Zach Williams, are echoing these words across the county. With each department juggling more and more calls each year, the need for first responders increases.

Johnson, a 36-year fire service veteran, finds the job very rewarding and encourages anyone who is interested in becoming a volunteer to do so. With medical issues being the number one reason for most fire department calls, it is not always as heroic as rushing into a burning building; to victims and families that need help, you are their hero.

In 2020, Blountsville responded to 842 calls. That is an increase of more than 150 calls over the last few years. Blountsville typically has between 600 and 700 calls per year. As with all departments, more calls mean more expenses. Johnson encourages all Blountsville residents to consider paying the $60 voluntary fire dues.

Living in a community with a large population of elderly or disabled people, many of the calls are repeat calls to the same house, but the need remains. Johnson said that many times it is cold or wet when a call comes in, and he noted, “You really have a desire to be a volunteer when you want to get out in a nasty weather situation just to get someone out of the floor.”

And, those are the persons Blountsville would like to have as volunteers. Blountsville Fire and Rescue has recently seen an influx of people who want to become volunteers. They have six individuals who are currently in EMT school being conducted in Rosa. Being a veteran, Johnson is excited about several of the younger generation who have stepped up to volunteer.

While many volunteers want to jump right in, they must first undergo necessary training to help them better understand how to handle situations they may encounter while on emergency calls. In addition, the department has to maintain a set training standard for liability purposes. Johnson did note that volunteers can begin their service while in training, but their duties are limited.

As we travel from Blountsville to West Blount, Capt. Williams discussed “the good, bad, and ugly” they are encountering in their district. He is proud of the successes, but knows there is so much more that could be accomplished with more volunteers.

West Blount Fire Department is comprised of four fire stations that cover the largest territory in Blount County. While Station One, located at 757 County Highway 7, and Station Two, located at 1235 Mountain Trail, are manned full time, the other two stations rely on volunteer firefighters to respond to emergencies.

In 2020, West Blount responded to 1,372 calls. Although they had a 100 percent response rate, the challenges of finding those interested and retaining volunteer firefighters remains. At present, West Blount’s volunteer roster is comprised of paid firefighters, part-time firefighters, and volunteers. With a coverage area of 57.6 miles that spans from Interstate 65 to the Sugar Creek area on County Highway 9, those 20 volunteers are not enough.

Williams said the department is always looking for more volunteers to accept the challenge of helping others in a time of need. As in other situations, COVID concerns have deterred people even more from becoming a volunteer during the past few months. Because a firefighter never knows what he will encounter when responding, people are fearful of being exposed to COVID and then spreading it to their family.

The only requirements of becoming a volunteer firefighter for West Blount are being a minimum age of 18, having a valid driver’s license, and living within five miles of a fire station. Those meeting requirements are encouraged to file an application at Station One. Once trained, volunteers will be familiarized with the work conducted within the department.

For those who stay active and want to pursue firefighting further, West Blount will send them to the fire academy for more intense training and certification. Last year, Williams noted that West Blount sent four persons to the academy. He further said it is a great opportunity to jumpstart a career in firefighting.

As for some finals thoughts, Williams reminds everyone to be aware of your surroundings. People are often so engrossed in other thoughts and activities that they do not see an emergency vehicle until it is right upon them. The response is usually the “deer in the headlights look” and then there is panicked or delayed response.

Williams also reminds drivers to pull off to the right when they see emergency vehicles responding. This keeps both the general population and first responders in a much safer situation.