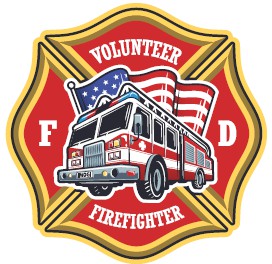 After checking in with Locust Fork fire chief Jeff Coleman earlier this week, it is clear that volunteer firefighters are desperately needed. Over the past several years, the calls handled by Locust Fork Fire & Rescue have continued to increase by approximately 50 more per year, yet the number of volunteers has not increased.

Coleman said that in 2020, Locust Fork Fire & Rescue responded to 775 calls, with about 70 percent of the calls happening during the weekday hours of 8 a.m. and 6 p.m. Some are true emergencies, while other calls are not. But, if a call is made through the Blount County 911 Center, the department has to respond as if everyone is an emergency situation.

With only one contract firefighter at the station during weekday hours and 25 volunteers on the roster, response to calls can be sparse. As noted last week, most volunteers have full-time jobs and other obligations that hinder them from being readily available for every call. At times, there may be only one volunteer available to respond to any given call.

Coleman noted that even though someone may volunteer to become a firefighter, it is difficult to find those who follow through long term after being trained. Many discover that it is too time consuming, not what they expected it to be, or move on. He said that it is almost like guess work when trying to determine who will stay for the long haul.

And, it is not cheap to train new volunteers. In addition to several certification trainings, there is the cost of turnout gear for each volunteer, which easily exceeds $2,000.

Thankfully Locust Fork Fire & Rescue has been able to rely on grant money to defray the cost of not only turnout gear, but equipment, mechanical costs, and operational costs. Other monies are received through yearly dues or fundraising events.

Over the past couple of years, the department teamed up with Pine Bluff Water System to help collect fire dues. Although the yearly fire dues of $60 are voluntary, it can be hard for those on a fixed income to pull that much money out of the budget all at once.

Now, Coleman said, people who receive a billing notice through Pine Bluff also have a monthly voluntary $5 on their bill for fire dues. Breaking the whole amount down over 12 months makes it much easier for some to pay. Although there has been an increase in revenue generated for fire dues through this billing process, their department is not where they want to be.

For anyone who wants to become a firefighter, whether it is a paid or volunteer position, Coleman shared some important thoughts from his 30-year experience as a firefighter.

He wants people to understand that fire calls go beyond racing to a fire, entering a burning building, or providing emergency medical assistance. Yes, those situations occur, but firefighters also become educators and social workers as they handle each situation.

Many times the situation may warrant medical attention, but it is something that their physician needs to deal with, not fire department personnel. Other times a department is dispatched to assist hospice patients. This again is where it is important that firefighters help educate those families who have a hospice patient in their home.

Early on, some people do not completely understand that if a hospice patient is transported to the hospital, it defeats the purpose of hospice. The patient then is no longer eligible for hospice services even though that might be the better option.

These are just two situations where fire personnel find themselves helping people understand when it is appropriate to call their physician or hospice representative instead of 911. Some calls departments are receiving, especially during the current pandemic, are more out of fear of the unknown versus an emergency. Again, it involves educating others.

One other thought Coleman wanted to express centers around having your home address visible, even at night. Unless they are extremely familiar with an area, firefighters, including new volunteers, find themselves basically guessing at what residence to respond to if it is not clearly marked.

Coleman suggested that your address be clearly visible from the main road and then visible on your house, especially if you live down a driveway with multiple residences. Make sure trees or other obstacles do not block the house number. Those few seconds or minutes having to find a home could once again be the difference in life and death.

Volunteer firefighters are in demand. The services they provide are immeasurable. If you are interested in becoming a volunteer with a desire to actively participate, contact your local fire station for more information. They can provide you with information about what it takes to be involved in helping others through a critical situation.