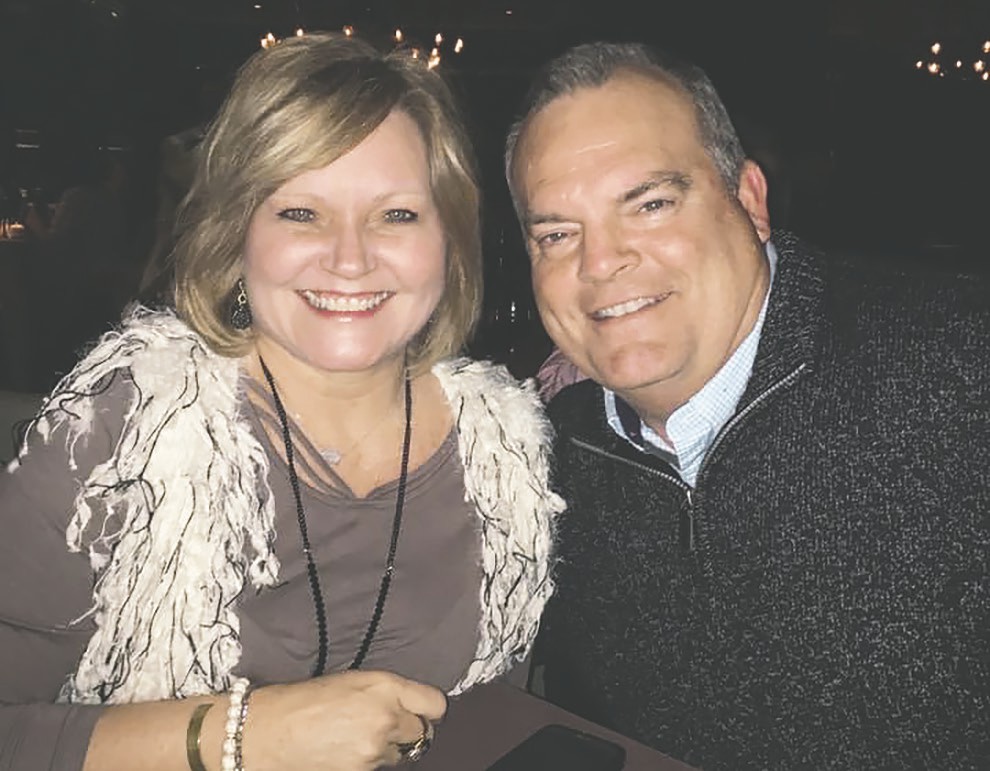 LeeAnn O’Toole (pictured pre-pandemic out on the town with husband Mike) says battling COVID-19 has been her “worst nightmare.” -photo courtesy LeeAnn O’Toole

The COVID-19 pandemic continues to grip the country with the number of cases in Alabama and Blount County continuing to rise. On May 25, there were 47 reported cases of the virus in Blount County. On July 14, there were 344 confirmed cases.

That is an increase of 731 percent in seven weeks. More than one-third (139) of those cases were found in the last two weeks alone.

Another alarming figure health officials point to is the number of hospitalizations. The Alabama Department of Public Health does not post statistics for the number of people hospitalized per county; however, in its June 7 update, ADPH reported that 2,022 people across the state had required hospitalization since March 13. As of 10 a.m. Tuesday, the total has risen to 7,123.

There is no agency measuring compliance with ADPH’s recommendations to combat the virus. The people who do not believe in the seriousness of the pandemic, who believe they are immune, or for whatever reason refuse to adhere to the recommended guidelines might benefit from the story of someone who contracted the virus.

Lee Ann O’Toole, a 56-year-old resident of Palmerdale, lives with her husband, her mother-in-law, and twin children, who had been away at college when the pandemic hit. They returned home when their respective schools stopped in-person classes.

O’Toole said her mother-in-law was the first to exhibit symptoms, starting with what she described as a sinus infection. That was followed by some pain and a fever. O’Toole cared for her mother-in-law for about a week before she started to feel fatigued, have body aches, and a mild fever. Visits to the doctor confirmed they both had COVID-19.

O’Toole, who works in the health care industry, has no underlying conditions that could make contracting the virus serious or deadly. She originally thought, “I got this. No big deal. I’ll get over this in no time.”

That was her thinking for the first day or two after her diagnosis on June 12. Then it got worse, much worse. While her fever never got over 100.8 degrees, she started experiencing tremendous nausea, chest pains, and an inability to take complete breaths at times.

Every time she thought the worst was over, the symptoms returned. She said she was weak, perhaps brought on, in part, because she could not eat or drink due to her upset stomach. She experienced a fever for 14 straight days, as well as many of the other symptoms.

O’Toole was measuring her oxygen level daily, which is a key factor doctors use to determine the gravity of the disease on a person’s lungs. At one point, it was as low as 88 percent. Physicians say 95 to 100 percent is considered normal. Below 90 percent is cause for concern. Her heart rate was also elevated due to a lack of oxygen.

Another visit to the doctor and an x-ray revealed she had also developed pneumonia and antibiotics were prescribed. After that, and despite the dire conditions she’s already described, she said, “I actually got to feeling worse before I got better. It’s the worst nightmare I’ve ever been through.”

O’Toole’s son eventually tested positive, but was asymptomatic. Her 79-year-old mother-in-law recovered much quicker than she did. O’Toole’s husband and daughter have been spared, at least thus far.

O’Toole encourages everyone, young and old, to practice good personal hygiene, maintain social distancing, not to gather in crowds, and wear a mask in public. Those are just part of recommendations issued by the state health officer under the current Safer At Home order that remains in effect until at least July 31. The complete order and other important COVID-19 information can be found at www.alabamapublichealth.gov/covid19.