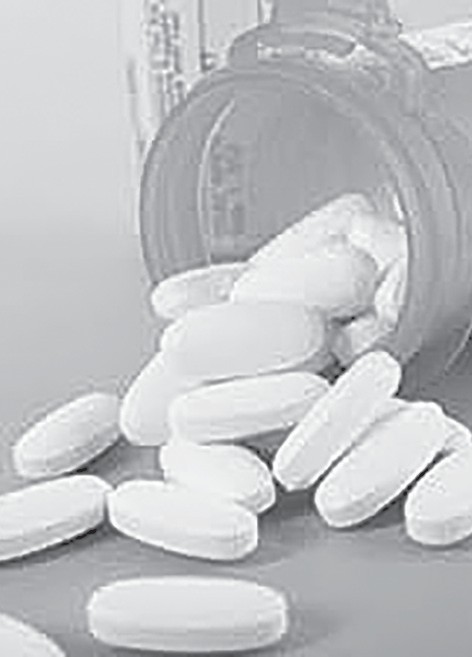 •Opioids are strong prescription mediations such as Vicodin, Percocet, and OxyContin.

•Opioids are chemical cousins of heroin and are highly addictive.

•Overdose from heroin and other opioids now kills more than 27,000 people per year.

•Nearly 30,000 Alabamians over the age of 17 are estimated to be dependent upon heroin and prescription painkillers.

•Alabama ranks No. 1 as the highest painkiller prescribing state in the nation per capita. (Alabama physicians wrote 5.8 million opioid prescriptions in 2015. Alabama has 4.86 million citizens. That’s 1.2 prescriptions for every man/woman/ child in Alabama.)

These staggering statistics, as reported in the State of Alabama Opioid Action Plan released earlier this year, clearly suggest the nation is dealing with an epidemic.

Blount County is no exception.

Susan Sweatman, Outreach Coordinator for the Hope House said, “It is estimated that 25 million people are in active addiction. Many will never commit a crime, but it is taking a toll of families.

“We can’t just sit by. Addiction crosses all lines. It doesn’t matter where you live or how much money you have – it’s an epidemic.”

In an effort to help battle this epidemic, Hope House has developed a recovery-oriented system of care. Because each case is unique, an individual recovery plan will be established for each person seeking help. The goal of the program is to focus on an addicts strengths and ability to rebuild their life.

It will involve a holistic approach by focusing not only on the physical problem, but taking into account the clients social and mental factors. In addition to the holistic approach, the program will keep track of the client for six months after they finish their individualized plan.

Sweatman said, “We want to focus on recovery, and keep it in remission. Some people do not know how to get off drugs, even when they are prescribed legitimately. We need to support people who want help.”

Unfortunately, family, friends, the community, and the churches often do not offer the positive support addicts need as they battle recovery.

Yes, but the answer is not “shooting the wounded.” Sweatman pointed out, “The wounded need a lot of support, motivation, and love, not rejection, criticism, and negative responses.

“You have to treat addiction like a chronic illness. There is no cure, but there is a solution. We have to focus on recovery.”

Sweatman said, “We must catch the use early. We just can’t sit by. Everybody knows someone who uses. Most people are affected one way or another. We need better legislation and laws. We need a better real-time database for doctors to access.

”There were over 64,000 overdose deaths last year in the United States from opioids alone. Five people die of an overdose every minute in the U.S.”

Sweatman is encouraged about the legislation currently on Gov. Kay Ivey’s desk for signature. The legislation will allow agencies to begin coordinating their efforts and make meaningful reforms to battle this epidemic, including appropriating money to update the database so that physicians can access information in real time.

“Having an updated system would put the prescription information in real time and allow the doctors’ offices to access it,” says Sweatman. “This will allow physicians to see if, and how many, other prescriptions the patient has prescribed.”

The argument has been as to whether or not addiction is a disease. Many argue that addicts can just quit using – if only it were that simple.

Many also argue that using any substance is a choice.

Yes, it was a choice in the beginning, but it has now developed into something much deeper.

Research has determined that once someone starts using opiates and other drugs, including prescription drugs, the chemical makeup of the brain changes. Use is no longer a choice, but a need.

The brain becomes dependent on satisfying a need and satisfying that need drives an addict to meeting that need in anyway possible. This includes those who are legally prescribed medication.

Though astounding, these numbers only represent the tip of the iceberg for Blount County.

Drug use must be addressed. The time is now. We can no longer wait. Drug use in Blount County is rampant. Everybody knows someone who uses and most people are affected.

Sweatman said the Hope House is here to help. For more information about their substance abuse treatment program or to inquire about a substance abuse presentation, call 625-4673.

Don’t delay, sober up before you are either locked up or covered up. The choice is yours.