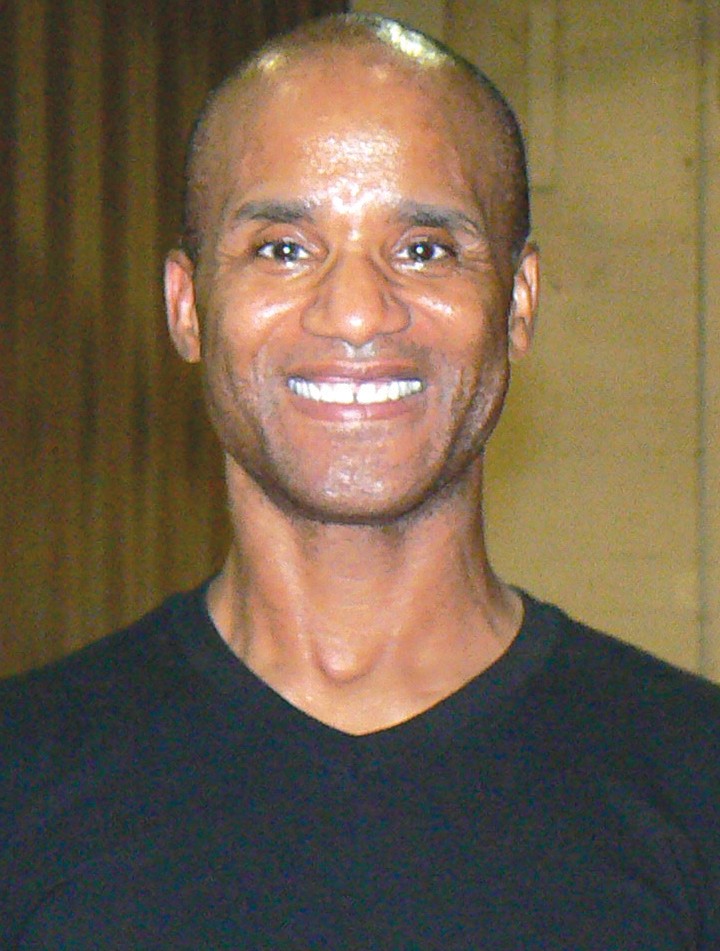 When Gillispie graduated from high school in 1977, he was the feature baton twirler for the Redskin Marching Band. He had become interested in baton twirling when quite young.

“I always remember being fascinated by those batons that I saw the majorettes twirling in the local parades, and I was simply amazed at what they were able to do with them,” he said.

Gillispie began playing the drums for the junior high school band when he was in the 6th grade. It was then that he began baton twirling. Not having access to a baton, Stanley twirled anything he could get his hands on. Then he noticed one of his classmates owned a baton, and he befriended her.

“She would allow me to experiment with it every day, and I found myself very much looking forward to band class just to be able to play with her baton when class was over.”

Fellow band member Patti Moss Williams took a special interest in Gillispie’s twirling skills and pleaded with band director William “Sonny” Tolbert to consider allowing Gillispie to become the first male feature twirler for the marching band until he finally gave in. Gillispie recalls the scramble to get him suitable attire for a feature twirler.

“Once while [I was] twirling at The Mid South Marching Festival in Gadsden, one of the judges from Fort Walton Beach, Fla., invited me to twirl with his band for an exhibition performance at the Choctawhatchee High School Marching Band Festival. While there, I was treated like a celebrity; I was being announced on their local television station and in their local newspaper. It was after that performance that people began asking me for my autograph. What an amazing experience that was,” said Gillispie.

After graduating from high school, Gillispie studied music education at Jacksonville State University. Initially, he aspired to twirl with “The Marching Southerners,” but upon arriving at the university and discovering the twirling program had been discontinued, he marched with their drum line for two years and was named the tympani section leader during his second year. Gillispie finished his remaining years at Jacksonville State marching in the color guard.

While attending the university, Gillispie made constant trips home to help with the Oneonta marching band program and to teach them all the skills he was learning in his new environment.

“During those years, I would help coach the band to several superior ratings at the marching band competitions. Of course, none of that would be possible without the trust and faith Mr. Tolbert had in me during those years,” said Gillispie.

By the end of his time at Jacksonville State, Gillispie had received rewarding recognition. He earned two international championship titles and an appearance on the television show “Ripley’s Believe It or Not!” He was also featured in the television show’s newspaper.

After leaving Jacksonville State, he worked as a substitute teacher in the Huntsville city school system for a year before enrolling at Alabama A&M University, where he twirled for two years with its band.

Gillispie then worked as an independent contractor, choreographing halftime performances for marching bands at various schools, mainly around the Huntsville area.

In February 1989, Gillispie founded in Athens what is currently known as Stan’s Impressions Twirling Club, which within its first three years had earned local, state, regional, and national recognition. Former club members have continued their twirling careers at various esteemed universities.

“The current Miss Auburn University, Emilee Williams, is a former twirling-club member. She elected to use baton twirling as her talent, and as a first-time participant she went on to compete in the Miss Alabama Pageant where she placed in the top 10. I was fortunate enough to choreograph her routine and was very proud of her,” said Gillispie.

“Not a day goes by that I don’t feel truly blessed to be able to follow my passion in life. I do realize that not everyone is able to make that claim and because of this I feel fortunate. I’d like to thank everyone who was instrumental in helping me reach this point in my life. I will continue to give back all the love, passion, enthusiasm, and encouragement that was given to me while growing up. Oneonta will always hold a place in my heart. Go Redskins!”