Basketball wraps up for most 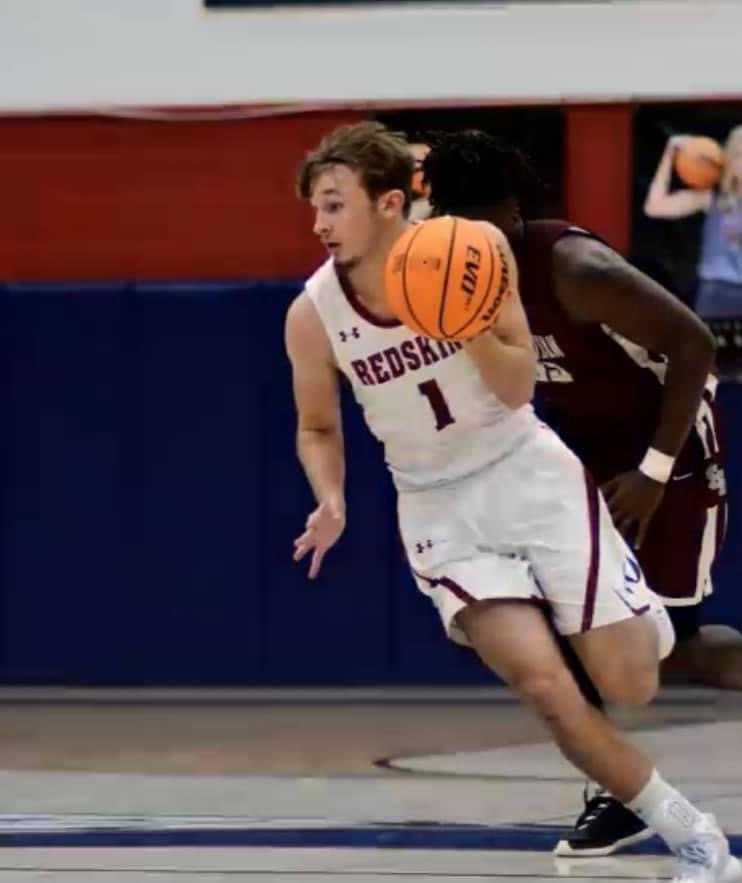 Appalachian
Varsity Boys
Over the last four years, the Eagles have been Area Champions, varsity boys Blount County Champions, won the Buffalo Wild Wings Christmas Tournament, and won the Sumiton Christian Tournament. This Appalachian Eagle team’s season came to an end with a 44-70 loss to Jacksonville Christian last Wednesday in Sub Regionals. The boys played their way to the top of Class 1A Area 11, finishing the season as the area’s top team with home court advantage for the area tournament. They put up 91 points against Jefferson Christian in the semifinals with senior Aidan Driggers contributing 41 of those points. In the championship game, Driggers’ free throw with 8 seconds left put the Eagles up by one and they held on for the 55-54 victory. Driggers, Devin Beard, and Taylor Barger represented the Eagles on the All-Tournament team with Driggers named MVP.

Varsity Girls
The Lady Eagles headed into the 1A Area 11 tournament with the best record and No. 1 seed, but lost a 47- 48 heartbreaker in the championship game against Jefferson Christian. The loss sent them to Coosa Christian for Sub Regionals Monday, Feb. 15. The Lady Conquerers came out hot and didn’t slow down on their way to a 64-43 win over the Lady Eagles. Gracie Gulledge and Kayla Hawkins were named to the 1A Area 11 All-Tournament team.

Cleveland
Varsity Boys
The Panthers continuously improved as the season progressed, but still went into the 2A Area 11 tournament seeded third. They beat No. 2 seed Southeastern in the semifinals before knocking off Locust Fork to claim the championship. That set up a home game against Westminster School of Oak Mountain in Sub Regionals. The Panthers led most of the game, but Westminster took the lead midway through the fourth quarter and held on to win 71-68.

“I am extremely proud of this group,” coach Tyler Cole said. “They have grown so much over this year. The only downside is there are three young men that I won’t get to coach again next year! I do want to say to David [Aguilar], Hunter [Jones], and Travis [Woodard], our three seniors, thank you! Thank you for buying into this new coach in your final year of high school basketball.”

Woodard, Bryson Browning, Will Corder, Payton Chitwood, and Logan Washburn (MVP) represented the Panthers on the 2A Area 11 All-Tournament team.

Hayden
Varsity Boys
The Wildcats’ season came to an end last Wednesday as they fell 25-58 to the Fairfield Tigers in Sub Regionals. Seven seniors anchored the team on their way to a second place finish in 5A Area 12. Hayden beat Corner 72-56 in the 5A Area 12 tournament before falling to No. 1 seed Center Point by three. Seniors Korbin Register,

Carson Rickels, and Collin Chappell represented the Wildcats on the All-Tournament team.

Locust Fork
Varsity Boys
The Hornets finished the regular season atop the standings in 2A Area 11. They knocked off West End in round one of Area Tournament play, but ran into a Cleveland Panther team that was peaking at the right time in the championship game. The Panthers took the title sending Locust Fork to Midfield for Sub Regionals last Wednesday. Midfield scored 33 in the first half and 36 in the second en route to a 69-28 win.

Coach Bradley Deaver said, “I would just once again like to thank the players for busting their butts every day for me. These guys have a great work ethic and have been a great example to our younger teams. It will be very difficult to replace the seven seniors, but we will get back to work trying to duplicate what they’ve been able to accomplish. The seniors have meant so very much to me, both on and off the court. They have truly left a legacy here at Locust Fork High School.”

Varsity Girls
The Lady Hornets finished the regular season leading the pack in 2A Area 11. They finished the Area Tournament with a win over Southeastern to claim the title of area champion. On Monday, Feb. 15, the Lady Hornets hosted the Altamont Lady Knights in Sub Region play. Like they have all season, the Lady Hornets laid it all on the line and fought hard for four quarters, but still came up short losing 36-52.

Earlier, coach Barbara Roy said, “Adversity is part of life and we have to rise to the challenge of meeting it head-on. I am very thankful for my basketball family and the memories we make each day. I am grateful for the opportunity to work with these young ladies.”

The Lady Hornets are young. There are no seniors and just two juniors. Three sophomores, three freshman, two eighth graders, and two seventh graders round out the team. Freshman Faith Evans was named MVP of the 2A Area 11 Tournament. She is currently ranked 33rd in the state with 14.8 points per game and 25th in the state with 8.9 rebounds a game. Joining Evans on the All-Tournament team were Hope Evans, Kaylynn Tawbush, Reagan Fuller and Madison Roy.

The Redskins and Good Hope Raiders split their regular season games, but Good Hope took the title in the 4A Area 11 Tournament sending Oneonta to Haleyville for their Sub Region game last Friday. The Lions scored 65 points and held the Redskins to 57.

Coach Brandon Crews said, “In four years at Oneonta, this has been the most enjoyable team I have coached. We knew this season would be a work in progress. Winning in postseason play is hard, so it comes down to controlling as much as you can control. Games aren’t won on the spectacular plays, but rather which teams consistently make the routine plays over and over.”

While the Lady Redskins’ season came to an end last Friday in Hamilton with the Lady Bulldogs winning 65-57, coach David Elrod said, “This season will go down as one of my favorites. In 26 years, this is one of the most loving and caring groups I have ever had the privilege of working with. We had great senior leadership in Teagan Hartman and Britton Pass. Our underclass just kept getting better and bought in and I have the two best assistants [Alex Strickland and Jill Phillips] in high school basketball. They make us better each and every day. I’m extremely blessed to be part of this group.”

The Redskins finished the regular season atop 4A Area 11 knocking off Hanceville in the opening round of the Area Tournament. They struggled offensively against Good Hope in the championship game, finishing as tournament runner up headed to Hamilton for Sub Regionals. Virginia Grace Ritchie, Maggie Gargus, Baylor Phillips, JaNya Polk, and Britton Pass represented the Lady Redskins on the 4A Area 11 All-Tournament team.

“This season did not end how we hoped for, but my girls competed all year despite the cards we had against us,” coach Alex Cole said. “It was a crazy year of basketball with this pandemic. Our school had only made it to a Sub Region game once before this year and that was in 2015-2016. To have placed second in area and played in a Sub Region game for the second time in school history was a goal that we set before the season ever started and it is always good to reach goals. We reached smaller goals as well, but there are some goals we did not reach. We plan to go to work in the off season to make even more goals next year. With the ladies I have coming back, I am excited to see what next year holds for us.”

The last time the Susan Moore Bulldogs won an area championship was 2002 when Coach Mac led the team for one final season. Nineteen years later, the Bulldogs brought the area championship back to Susan Moore. The win over Brindlee Mountain meant the boys would get to play their Sub Regional game at home. They faced the Carbon Hill Bulldogs last Wednesday. Carbon Hill jumped out to an early lead, but the Bulldogs kept fighting, narrowing the gap in the second half. They didn’t stop until the buzzer sounded with Carbon Hill on top 66-50.

“Let me start by thanking the Susan Moore community, parents, and students. We are so grateful for the support,” said coach Adam Wilson. “I am so proud of all my guys. At the beginning of the year I had one kid that had put on a varsity uniform, and that kid was an eighth grader last year when he wore it.

“From where we started to where we ended, these guys have laid the foundation for a brighter future for Susan Moore boys basketball. I would not trade the guys in my locker room for anyone’s. I love each and every one of them. All 11 of them hold a special place in my heart. Coach Camp and I are proud to be your coaches.”