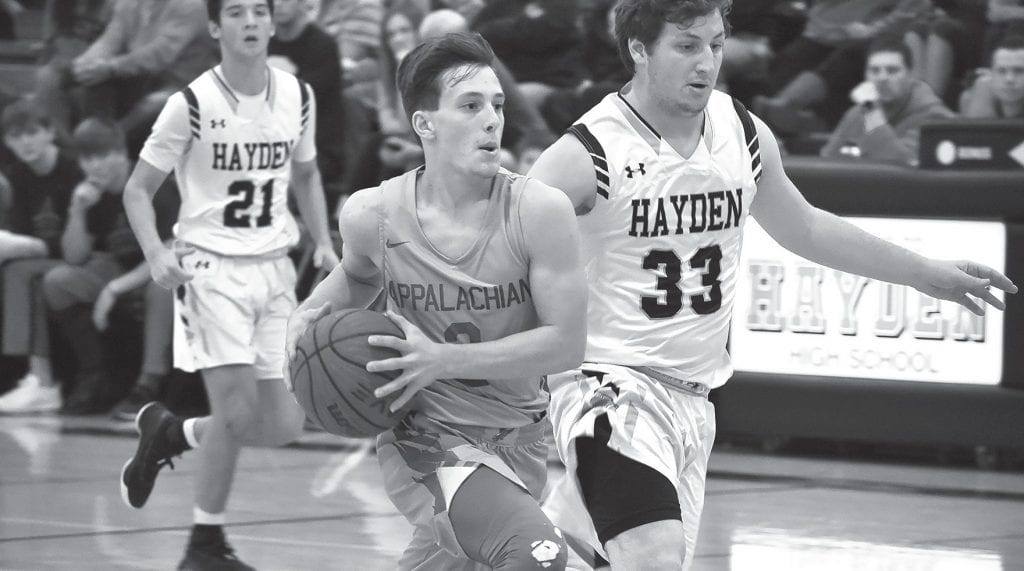 This victory marked the lady Wildcats first win in six years over the Hornets.

In an in-school game, the varsity boys put up a convincing 84-64 victory. The Wildcats built a 52-36 halftime lead and cruised to the 20-point victory. Cleveland’s Logan Washburn led all scorers with 25. Hayden had four players in double figures: Carson Rickels with 23, Nathan Morgan with 15, Collin Chappell with 14, and Silas Miller with 12. Panthers Payton Chitwood scored 15 and Stephen Dean 13. 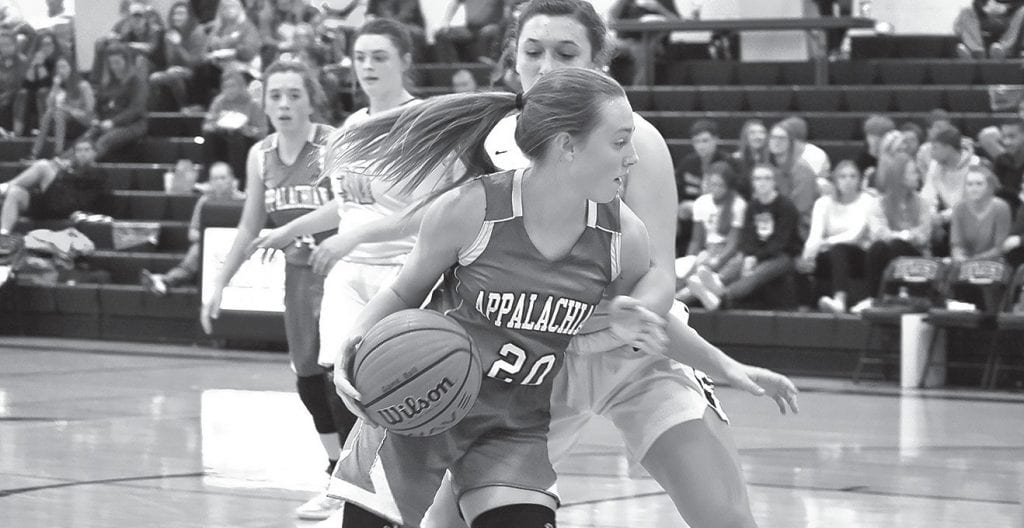 After one quarter the Wildcats led 17-10. The Eagles cut the advantage to 33-29 at the half. The Wildcats doubled up the Eagles in the third quarter 20-10, to take a 53-39 lead. Hayden outscored Appalachian 23-19 in the final period to take the 18-point win. Hayden’s Rickles led all scorers with 24. The Eagles’ Noah Harris had 22. The Wildcats’ Austin Blakely had 15, while Chappell had 13, Dawson Creel scored 4, Jason Witt had 3, and Korbin Register had 2. Appalachian’s Ethan Silva had 15, Max Glaze 9, Devan Beard 4, Gabe Smith 3, Bryson Seawright and Jacob Hammond both had 2, and Paco Jiles had 1.

Audrey Veazey and Lindsey Smith both had 12 to lead the Wildcats. Nicole Thornston had 7; Lani Adams, Melody Large, and Hays had 6 each; Hannah Cox scored 5; Benton had 3; and Felicity Duke had 2. The Eagles’ Anna Grace Dean and Kayla Hawkins both scored 5. Ella Cleveland hit for 3 points and Candice Blakley had 2.