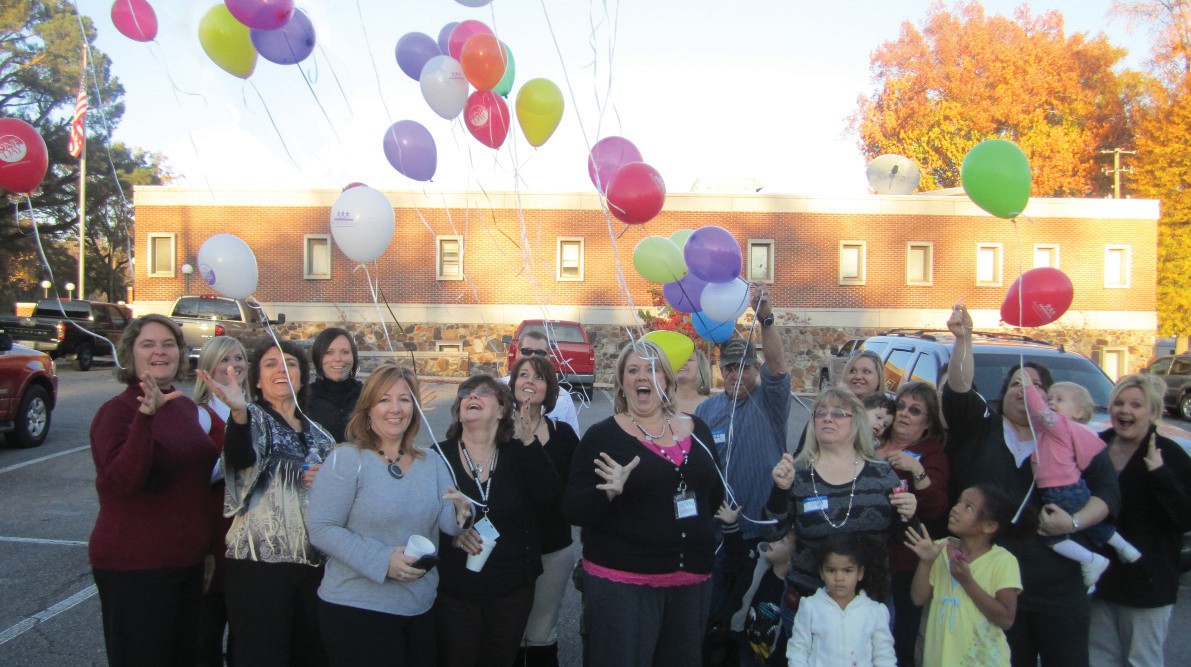 The balloon release yesterday is a precursor for National Adoption Day on Nov. 17, but it’s more than that. It calls attention to another successful season with adoptions of nine children in Blount County finalized for fiscal year 2012. Blount County Department of Human Resources in partnership with Alabama Post Adoption Connections, the City of Oneonta, and Blount County representatives and elected officials participated in the ceremony.

The event is part of a nationwide effort to call attention to the more than 100,000 children waiting in the United States foster care system. Every year more than 4,000 adoptions are finalized as a part of National Adoption Day. It is also a time to highlight the nearly 30,000 children who turn 18 every year without having an adoptive family.

National Adoption Day is sponsored nationally by the Freddie Mac Foundation, the Dave Thomas Foundation for Adoption, the Congressional Coalition on Adoption Institute, the Children’s Action Network, and The Alliance for Children’s Rights. For more information, visit nationaladoptionday.org.