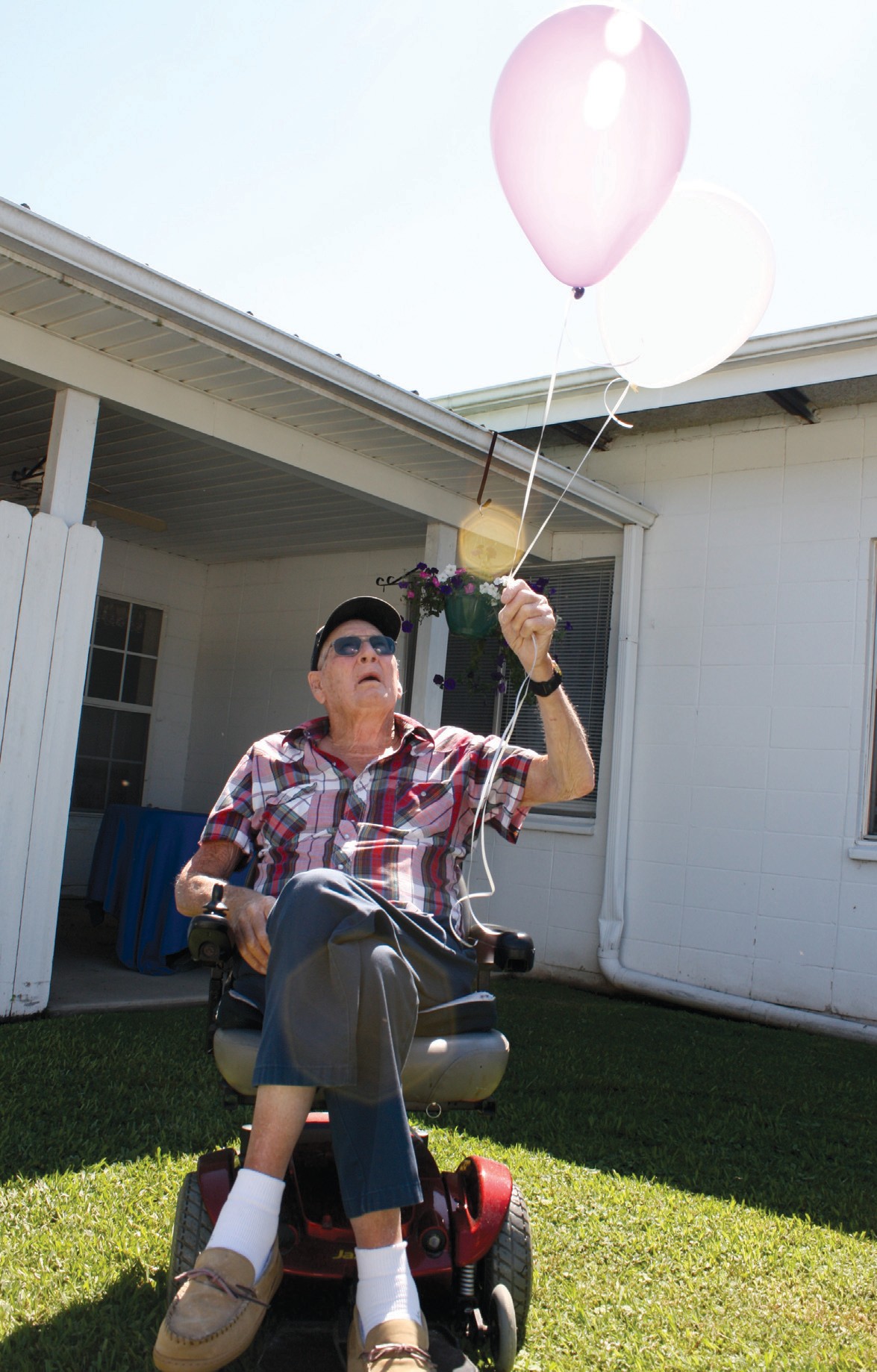 As Marvin Foster watched the purple and white balloons fade into the distance, he had a few words of wisdom to share.

“Look how far up they’ve got,” he said. “They just keep getting smaller and smaller and higher and higher. You know, I always stood by the motto that I would never get higher than picking corn or lower than digging up a potato. I did ride in an airplane one time, but I will never do that again.”

Foster, 80, has been a resident at the Olive Home Assisted Living Facility for three years, and on Friday, he and other Olive Home residents released balloons to bring awareness to World Elder Abuse Awareness Day, recognized on June 15.

“Last year, we had the balloon release at the Oneonta Senior Citizen Center, but I wanted to move it around each year and let people here know that they are loved and will be cared for, as well,” said Cheryl Helton, program supervisor of Adult Protective Services from DHR.

According to Helton, there are approximately 40 open adult protective service cases in Blount County, and, on average, three to five new elder abuse cases are reported per month here.

Prior to coming to live at the Olive Home, some residents had been previously abused, according to Helton. Norma Skinner, owner and administrator of the Olive Home, says what she hears from residents who have been in danger, in an exploitative state, neglected, or in bad living conditions, explains to her what they have witnessed.

“They say, ‘I love my home, this is home, it’s clean, it’s safe, and we have food,’” Skinner said. “If they’ve been in a bad environment they talk about the love of family they feel here and how they enjoy their homecooked meals.”

Skinner, a second generation owner, says cooking homemade meals was something her mother, the original owner of the Olive Home, insisted upon doing for the residents.

“It’s cooked just like the food they were raised on,” Skinner explained.

She said she is thankful to the community for their support at the Olive Home, but if any one would like to volunteer they can call 625-3190.

“Just taking them out to lunch or dinner will be good for them,” said Helton. “Some can’t leave here unless they have someone, staff or volunteer, to take them.”